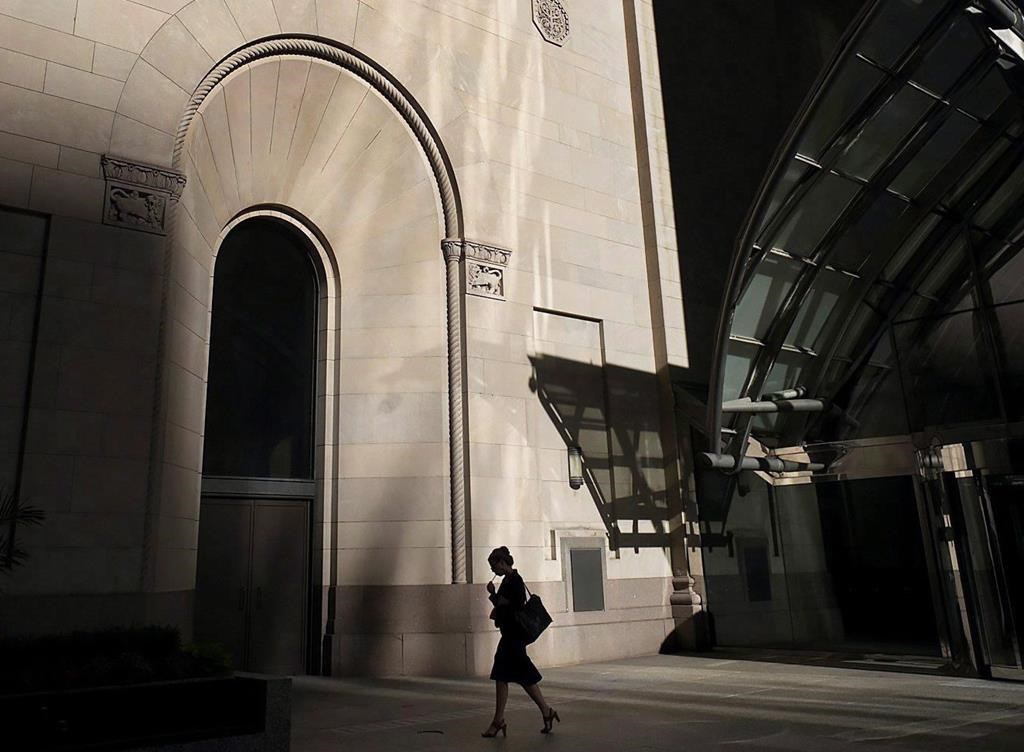 A woman walks through Toronto's financial district on Monday, July 30, 2018. A new poll suggests most Canadians believe there's still a long way to go to achieve gender equality in this country. File photo by The Canadian Press/Graeme Roy
Previous story
Next story

A new poll suggests most Canadians believe there's still a long way to go to achieve gender equality in this country.

The poll results themselves underscore the challenge, with women far more likely than men to say equality remains elusive in a host of fields.

Overall, 63 per cent of respondents to the poll, conducted by Léger and the Association for Canadian Studies, said equality between men and women has not been achieved.

But female respondents were far more pessimistic: 73 per cent said equality has not been achieved, compared to 53 per cent of men.

Overall, a majority said equality has definitely or "to some extent" been achieved at home, in social settings, in the media, at work, in sciences and in politics. Just 44 per cent said the same of sports.

But again male respondents were far more likely than women, by as much as 20 percentage points, to say equality has been achieved in those areas.

For instance, 80 per cent of men, but just 68 per cent of women, said equality has been achieved, at least to some extent, at home.

A majority of women (57 per cent) said public organizations should implement quotas to ensure minimum numbers of women on their boards of directors. Just 34 per cent of men agreed.

A new poll suggests most Canadians believe there's still a long way to go to achieve #GenderEquality in this country.

The online poll of 1,532 adult Canadians was conducted Feb. 26 to 28. It cannot be assigned a margin of error because internet-based surveys are not considered random samples.