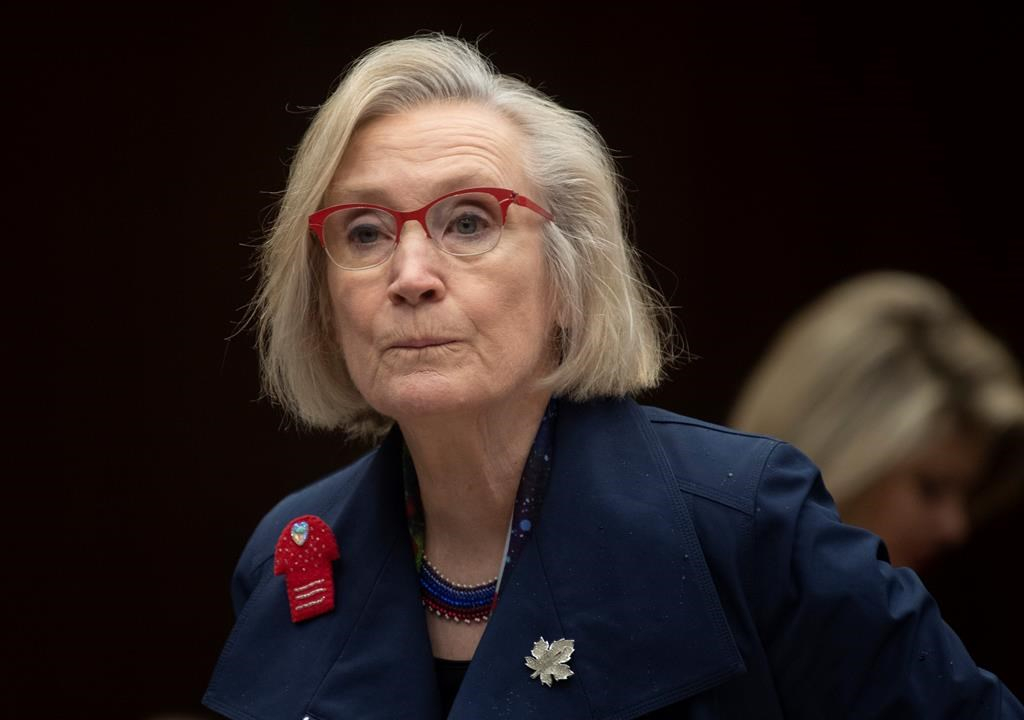 Crown-Indigenous Relations Minister Carolyn Bennett takes her seat as she wait to appear before the Indigenous and Northern Affairs committee in Ottawa on March 10, 2020. File photo by The Canadian Press/Adrian Wyld
Previous story
Next story

COVID-19 has magnified the effects of systemic discrimination against Indigenous women in Canada, said Crown-Indigenous Relations Minister Carolyn Bennett at a virtual summit the federal government organized to discuss a feminist response to the pandemic.

She said that includes more layoffs, a lack of child care and a spike in family violence.

"We know that equality cannot be achieved by simply ensuring everyone has the same opportunities," she said.

"We speak of income gaps between men and women, but those gaps exist between different demographics of women as well. That's why any economic recovery plan for women must consider different lenses and perspectives in Canada."

She said resources to deal with mental-health problems are limited, since many Indigenous communities are small and remote.

"We do use a lot of our traditional ways of healing, like sharing circles, talking circles, healing circles and support circles," she said.

Pike said violence against women, especially domestic violence, has intensified since the pandemic by about 60 per cent, and many women don't feel safe to report being physically abused to the RCMP.

"We have about 80 per cent of Indigenous people in our area. ... We have no safe houses for women to go to. Our closest safe house is three hours away," she said.

"We had women refusing to go to the larger centres for cancer treatment because they didn't have money for rent or for transportation."

Bennett said the government is working on a plan to address the gender pay gap that contributes to women's poverty and health concerns and raises barriers to leaving abusive relationships.

"We want to see a truly intersectional recovery for Indigenous women in this country," she said.

"I'm going to look carefully at the mandate to see where the action and intervention points are," Roberta Jamieson said during the virtual summit.

"When are we going to deliver in a timely fashion?"

"I don't think 'building back better' cuts it, frankly, because that phrase assumes that the status quo was OK. Well, you won't find any Indigenous community who think that," she said.

"We've got to get not the band aids, no more studies. We got to get to the structural and systemic inequality that the majority, that are women, are bearing the brunt of in our communities."