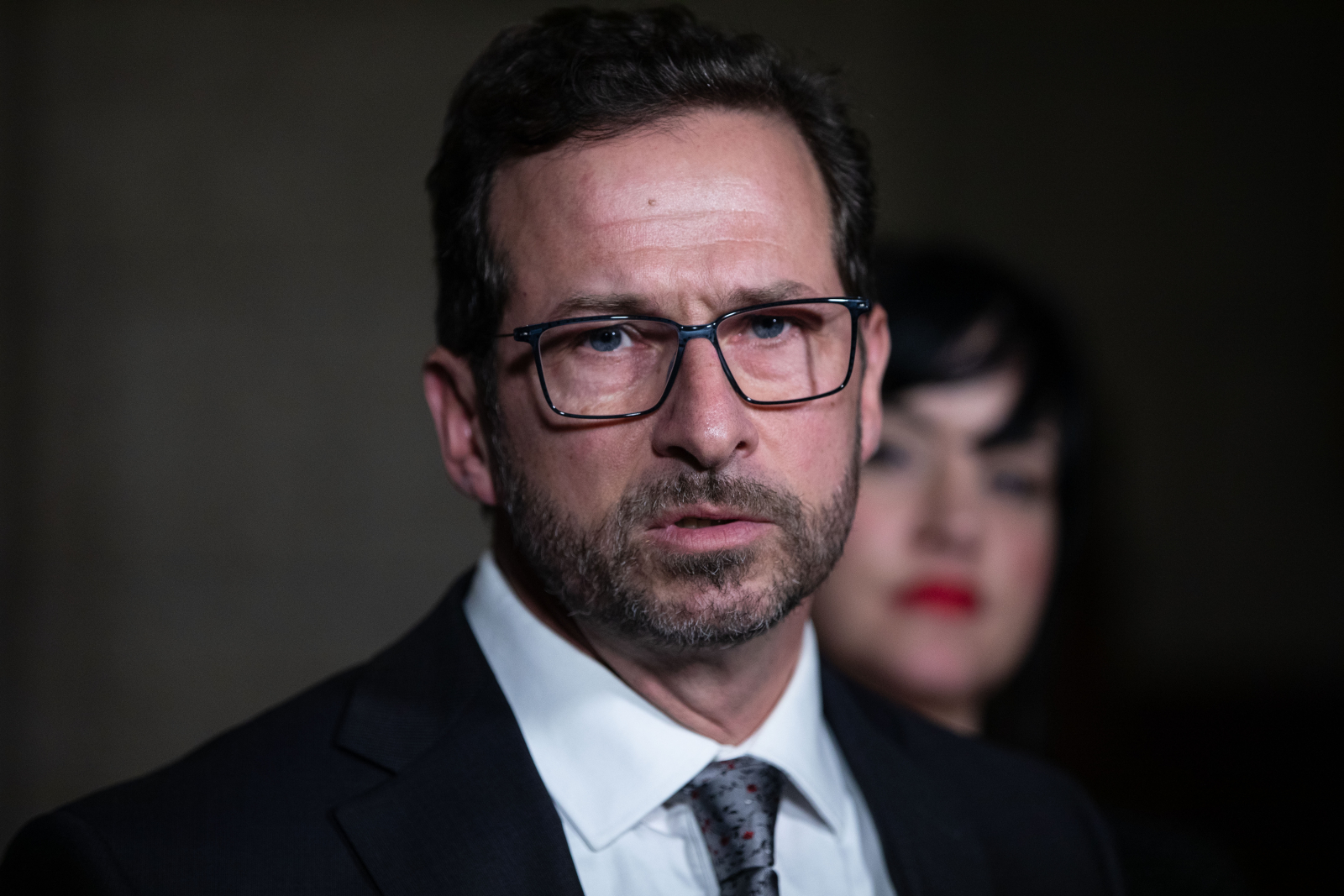 Bloc Québécois Leader Yves-François Blanchet at a press conference on Nov. 26, 2018. MPs have backed a Bloc motion urging the government to increase a seniors benefit by $110 each month. File photo by Alex Tétreault
Previous story
Next story

The House of Commons has adopted a motion calling on the government to include a $110-per-month boost to old age security (OAS) benefits in the upcoming federal budget.

In a 183-147 vote held Monday afternoon, the Bloc Québécois motion was supported by Bloc, NDP and Conservative MPs, however Liberals voted against it.

The motion, sponsored by MP Andréanne Larouche, is also calling on the government to acknowledge three points: that seniors were the demographic most directly affected by the pandemic, that “too many” seniors live in financially precarious situations and the “collective debt that we owe to those who built Quebec and Canada.”

It's a non-binding motion — meaning the government isn’t obliged to act on it — however boosting seniors’ financial relief has been a Liberal promise since Prime Minister Justin Trudeau’s 2019 re-election campaign and was also a part of the 2020 fall economic statement.

The OAS maximum monthly amount is currently set at $615.37 for those 65 and older. The federal government estimates there are currently 6.7 million seniors who are eligible for the pension.

Laura Tamblyn Watts, president and CEO of seniors’ advocacy organization CanAge, explains financial help for seniors is much needed since the pandemic has caused the oldest Canadians to pay premiums for grocery and medication deliveries.

“This government has been promising to support older adults with financial relief. What we have seen is a one-time payment that took months to come and promises after promises to really address the issue of seniors’ poverty,” Tamblyn Watts said.

In summer 2020, the feds gave seniors a one-time, tax-free payment of up to $500. Seniors eligible for the OAS pension received $300, while an additional $200 was sent to those eligible for the Guaranteed Income Supplement (GIS). For CanAge, that’s nowhere near enough.

CanAge was invited to consult with the feds on their upcoming budget, and among CanAge's asks is a COVID-19 tax credit for seniors that would see $500-per-person or $800-per-couple refundable tax credits to offset increased costs for deliveries, transportation and support services for seniors during COVID-19.

Meanwhile, Larouche is concerned for the post-pandemic era.

In a 183-147 vote held Monday afternoon, the Bloc Québécois motion was supported by Bloc, NDP and Conservative MPs, however Liberals voted against it. #cdnpoli

“This is a period of rising costs, and that will continue after the (COVID-19) crisis,” Larouche said during question period in May 2020. “The assistance that is being offered right now is a good thing, but after the crisis, the needs will remain.”

It’s still unclear when the federal budget will be unveiled.

The Liberals have ruled out a March budget due to the pandemic, as first reported by the Globe and Mail, meaning that more than two years will pass since the last budget.

Special payments to seniors scheduled to arrive in early July

The Bloc motion is a long

The Bloc motion is a long overdue gesture to acknowledg the dire straits for many of Canada's Elderly - especially for the cohort of women who never worked outside the home, have no access to a pension except OAS. Many of them now live in Long Term care homes - or did before the pandemic. Many of them contributed most of their meagre OAS funds to their upkeep at their facilities, reducing the provincial burden for their care. For those fortunate enough to escape the care home, the struggle to exist on OAS is soul destroying.

For those more fortunate aging women with actual pensions the OAS payment is frequently largely erased by being clawed back - because our income is too high - although it flirts with the poverty line in too many cases after years of unequal pay and the effect this had on our pension accumulations.
Like many women of my generation, I only received a fair paycheck in the last 10 years of my career after Bob Rae successfully implemented equal pay (for some of us). Many women have never benefited from that legislation. The non-binding passage of the Bloc's bill is marred by the Liberal's refusal to approve it. A black mark indeed for the Liberals. But then PM Trudeau's Mother has speaking engagements to supplement her income - so he need not worry about her declining years.

Not to mention an inheritance

Not to mention an inheritance, who knows what kind of divorce settlements, and four kids, who've had every possible advantage, to help her out if she runs out.
The people who make the laws *think* they know how ppl live ... but they've absolutely, utterly zero idea. And they don't care. They're there to support the election campaign donor class, i.e., the Big donors.

Did you know that if your

Did you know that if your income is $100,000 per year you get some of the Old Age Security? With this much income you do not need it. There needs to be a redistribution, more to those with low incomes and less to those with high incomes.

If it takes more than a $100,000 a year to fully claw back OAS, and if $100,000 a year provides for groceries and the occasional jaunt to Dubai to get a quick vaccination, there should be little political resistance to a wealth tax that claws back a $million or two from bank CEOs multi-million salaries and pensions to share it with the poor.

Remember when we had

Remember when we had progressive tax rates, that meant you paid the rate for your income level on *all* your income?