AstraZeneca vaccine now recommended for use on seniors: NACI 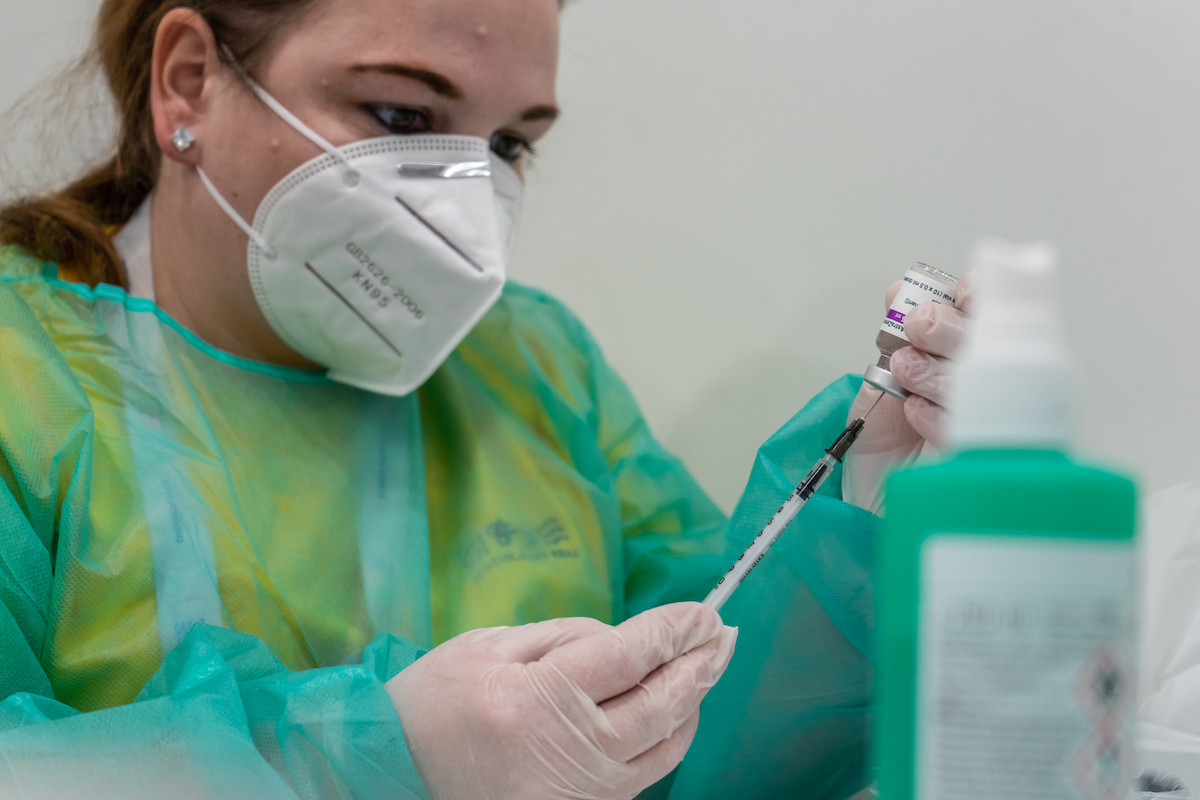 A woman prepares a dose of the Oxford-AstraZeneca COVID-19 vaccine. Photo by ŽupaBA VUCBA / Flickr (CC BY 2.0)
Previous story
Next story

OTTAWA — The National Advisory Committee on Immunization says there is now enough "real-world evidence" to show the Oxford-AstraZeneca COVID-19 vaccine is both safe and effective for seniors.

The decision reverses a recommendation made by the body two weeks ago when the panel of vaccine experts said AstraZeneca hadn't included enough people over the age of 65 in its clinical trials. As such, NACI didn't recommend the AstraZeneca vaccine be used on seniors, and instead said they should be given either the Pfizer-BioNTech vaccine or Moderna.

"You have to realize that when we issued a recommendation on March 1, there was only one real-world effectiveness study that had been issued," said NACI chair Dr. Caroline Quach at a virtual news conference Tuesday morning. "And that study that we will discuss a bit further, later on was not deemed of sufficient quality to modify policy."

Quach said two more studies of patients who received the vaccine in the United Kingdom have been released since then and show the AstraZeneca vaccine is both safe and effective for seniors, particularly against severe disease and hospitalization.

The NACI still says because clinical trial data suggests the mRNA vaccines from Pfizer-BioNTech and Moderna are more effective than AstraZeneca's, they should be prioritized for seniors and other high-risk populations.

But Quach also said real-world data on the vaccines since they began being widely used shows similar levels of effectiveness. She said the NACI is looking at those studies more closely now.

Provincial governments will now have to decide if they revise how they use the AstraZeneca vaccine.

Most provinces, with the notable exception of Quebec, heeded NACI's advice and set aside the AstraZeneca vaccine for younger populations. Alberta, Saskatchewan and Ontario began using it for residents between 60 and 64, for example. British Columbia targeted it to workers in high-risk jobs like food processing or in work camps, and Prince Edward Island set it aside for 18- to 29-year-olds working in restaurants and bars, or delivering food.

AstraZeneca's news comes as more warnings emerge in Ontario about the arrival of a third wave of COVID-19. Chief medical officer Dr. David Williams warned Monday it could be happening, while the province's "science advisory table" said Tuesday it is happening.

The group, which provides independent advice and analysis to the province, says two-thirds of Ontario's public health units are seeing "exponential growth" in cases, and that almost half the new cases are now the more transmissible viral variants of concern.

The National Advisory Committee on Immunization says there is now enough "real-world evidence" to show the Oxford-AstraZeneca #COVID19 vaccine is both safe and effective for seniors.

Canada vaccinated almost 125,000 people Monday, the highest one-day total so far. More than 3.2 million doses have been administered to date, with 2.6 million Canadians receiving at least one dose.

Provinces have some time to reconsider their AstraZeneca plans, since most report the majority of the 500,000 doses delivered last week have now been spoken for and the next shipment of a million doses from that manufacturer isn't expected until April.

By then the concerns about blood clots and the vaccine could be settled. More European countries have shelved the vaccine pending further review of reports some patients developed blood clots, though Health Canada says there is no biological evidence that would link the vaccine to a blood clot.

The company said a study of more than 17 million patients who received the vaccine did not identify any blood clots that were caused by the vaccine, and Thrombosis Canada also issued a statement saying the vaccine is safe.

The European Medicines Agency, which has not changed its authorization of the vaccine, is discussing the evidence today and expects to report publicly by Thursday.

Several European nations have also reversed their initial decisions not to use AstraZeneca on seniors, including Germany, France and Italy.

Many experts say that despite some differences among the vaccines available, all that have been approved are safe and effective against COVID-19 and the best one to get is the first one you're offered.

A new poll suggests more Canadians are heeding that advice.

Fifty-one per cent of respondents to the online survey by Léger and the Association for Canadian Studies say they will take whichever of the four COVID-19 vaccines authorized for use in Canada.

One-quarter said they would be willing to wait to get a shot they prefer.

Few provinces are offering a choice at the moment, though Alberta Premier Jason Kenney said Monday he felt people should be offered one.

"For now, there's no real major issue exactly (with the AstraZeneca vaccine), but could it in light of what we've seen over the past couple of days? I don't know," Bourque said.

The online poll of 1,512 adult Canadians was carried out March 12 to 14 and cannot be assigned a margin of error because internet-based surveys are not considered random samples.

The poll also found that 41 per cent of respondents say they believe the worst of the COVID-19 crisis is behind us, while 25 per cent say we are now in the worst period.

Bourque said Canadians seem to feel that we're rounding the corner as vaccination campaigns accelerate across the country.