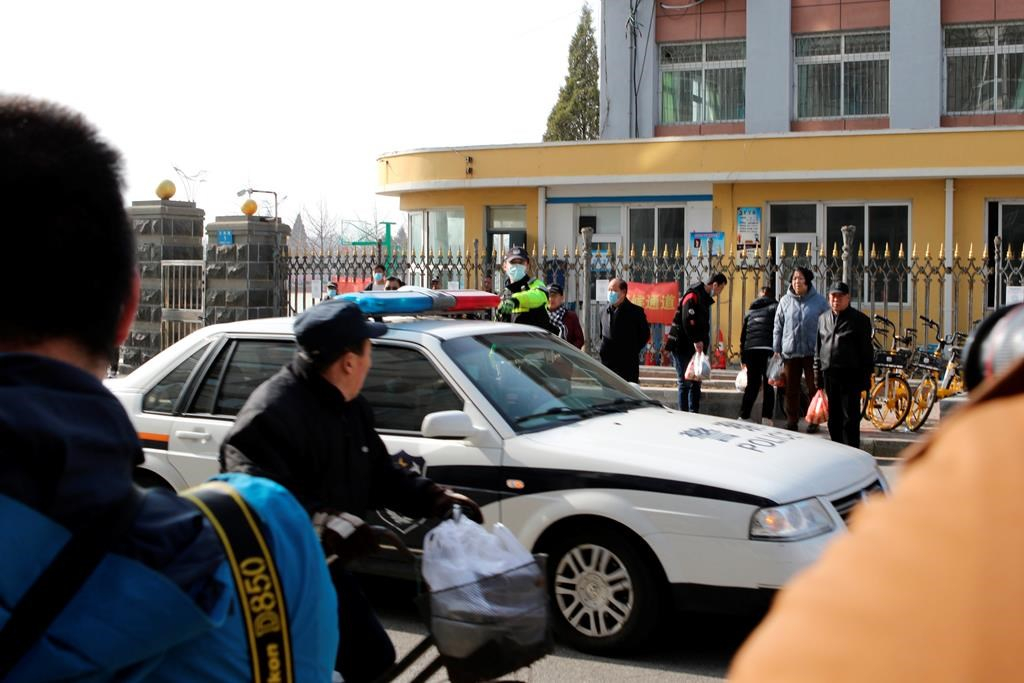 Canada said its consular officials were refused permission to attend the proceedings against Spavor, an entrepreneur with North Korea-related business, who is accused by China of stealing state secrets.

Jim Nickel, the Canadian Embassy’s deputy chief of mission, said he was told by Spavor’s lawyer that the hearing in Dandong ended at noon Friday after two hours. No verdict was announced.

Nickel declined to give other details, citing rules on protecting Spavor’s privacy.

A hearing for Michael Kovrig, a former Canadian diplomat, is scheduled for Monday.

At a news briefing in Ottawa, Trudeau said the arbitrary detentions of Spavor and Kovrig were completely unacceptable, "as is the lack of transparency around these court proceedings."

The lack of openness in the Spavor proceeding means "it becomes extremely difficult to make judgments around whether or not the trial was fair," Trudeau added.

"I can certainly say that in Canada we are a country of an independent justice system that values transparency as part of the process in terms of ensuring that justice is fair and done properly."

Canada's top priority remains securing release of the two men, he said. "We will continue to work tirelessly to bring them home as soon as possible."

In a statement posted on its website, the Intermediate People’s Court of Dandong in the northeastern province of Liaoning Province said it had held a closed-door hearing against Spavor on charges of spying and illegally sending state secrets abroad.

It said Spavor and his defence lawyers were present for the proceedings and the court would pronounce a sentence at a date "determined in accordance with law."

Outside the courthouse, Nickel said Canada still held hope that Spavor and Kovrig could be released through joint efforts with the U.S., whose Secretary of State Antony Blinken and national security adviser Jake Sullivan are holding their first face-to-face talks with China's top diplomats in Alaska.

“So we're hopeful that, in some measure, this trial may too lead to their immediate release," Nickel said.

China's Foreign Ministry denied any wrongdoing in the handling of Kovrig and Spavor's cases, attributing the timing of their trials to little more than coincidence.

Global Affairs Canada learned only Wednesday that Spavor's court hearing would proceed Friday, one day after the meetings began in Alaska.

He insisted Friday the men's cases have been handled "in accordance with the law," adding that since Spavor's case purportedly involves state secrets, "it is not heard in open court and no one is allowed to sit in on the trial."

The two Michaels, as they are known in Canada, have been in custody since December 2018, shortly after the RCMP arrested Huawei chief financial officer Meng Wanzhou at the behest of the U.S. Department of Justice.

Since then, Canada has been caught in the middle of a trilateral diplomatic tug of war.

Meng is facing fraud and conspiracy charges linked to what prosecutors say was an elaborate effort to evade American sanctions against Iran.

Justice Department officials have refused to say much about the case beyond the fact that they continue to seek her extradition to the U.S.

Critics and allies alike have described the detention of Kovrig and Spavor as retribution for Canada's role in detaining Meng, and experts see little hope for their release so long as she continues to face charges.

In a statement Thursday, chargé d’affaires Katherine Brucker of the U.S. Embassy in Ottawa said Washington was "deeply alarmed" by the prospect of trials for Spavor and Kovrig.

"We stand shoulder-to-shoulder with Canada in calling for their immediate release and continue to condemn the lack of minimum procedural protections during their two-year arbitrary detention."

The U.S. called on Chinese authorities to grant the requests of Canadian officials and other foreign diplomats to attend the proceedings.

Trudeau expressed thanks Friday to "our many, many international partners, friends and allies for their solidarity and support."

Canadian officials will continue to be in close contact with the men's families "during this difficult time," he added.

"To their loved ones, know that today and every day Canadians are with you and thinking of both Michaels."

This report by The Canadian Press was first published March 19, 2021.