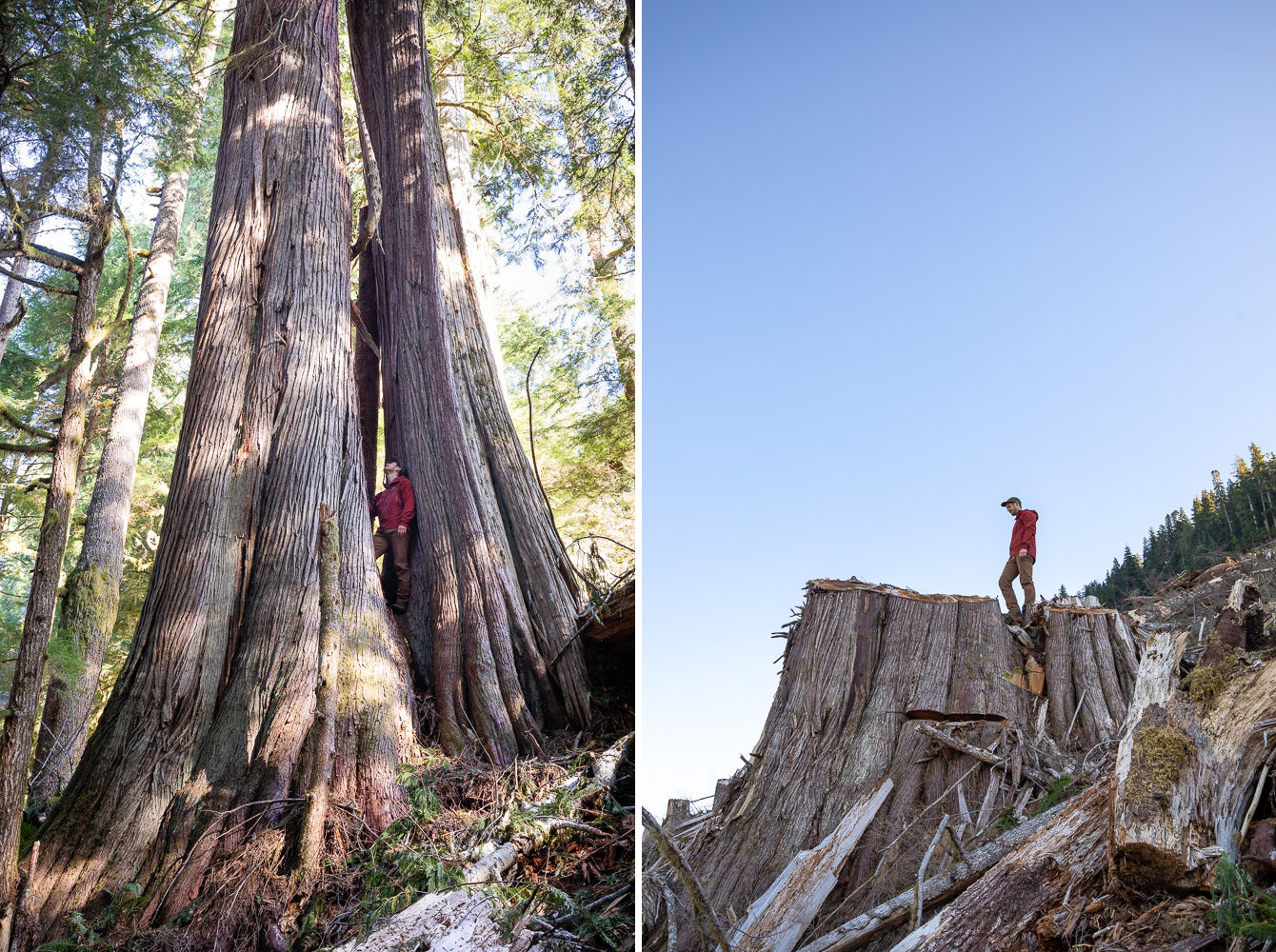 B.C. communities are rallying Friday in a call to stop the logging of ancient forests, like those above in the Caycuse watershed on Vancouver Island. Photo by TJ Watt, courtesy of Ancient Forest Alliance
Previous story
Next story

Communities are staging protests across B.C. on Friday, urging the province to protect at-risk old-growth ecosystems from logging and to establish a new forestry framework.

Almost 30 communities are planning demonstrations, actions or activities as part of this year’s Forest March BC, and more will likely come on board as the hours go by, said organizer Taryn Skalbania on Thursday.

“This upswell is because now we’re all seeing the effects of industrial clear-cut logging right in our backyards,” Skalbania said, adding she is helping co-ordinate protests in Peachland.

The third annual Forest March is a grassroots initiative supported by a growing coalition of community groups alarmed by provincial inaction around the recommendations outlined in a provincial report on old-growth forests, Skalbania said.

The NDP government promised to act on those recommendations during the election, she said.

“We have a new government with new mandate letters, but nothing is changing,” she said. “People are completely fed up.”

All the community groups involved in the demonstration also want localized input into the individual forestry issues at play in their region, whether they be tied to water quality, habitat and wildlife protection, environmental degradation or flooding, or developing sustainable jobs, she added.

In 2019, the first Forest March involved nine communities. Last year, 17 participated, while this year, 27 community-based groups are slated to protest in some way, Skalbania said.

The largest protests are likely to be in Victoria, where many protesters are backing Fairy Creek blockade activists trying to save some of the last remaining stands of ancient temperate rainforest on southern Vancouver Island, Skalbania said.

“When we eradicate these ancient forests, we’re not only destroying our heritage and history, we’re also killing the future for our children and all animals on this coast,” says Quadra Island resident Geraldine Kenny. #BCpoli #forests

Protests are also occurring in other communities on Vancouver Island, including Nanaimo, Comox Valley and Port McNeill, said Hania Peper, spokesperson for Forest March BC.

Protesters will press the government to declare a forest emergency and to stop clear-cutting the province’s ancient temperate rainforests, Peper said.

Demonstrators will follow pandemic protocols and many communities are planning virtual actions in lieu of in-person marches, she added.

Quadra Island resident Geraldine Kenny, a member of Sierra Quadra, was painting placards Thursday afternoon for the protest in Comox Valley on Friday.

Her goal in attending the protest is to pressure Premier John Horgan into keeping his election promise, Kenny said.

“You don’t promise the electorate something and then leave us high and dry. That’s absolutely unforgivable,” she said.

“When we eradicate these ancient forests, we’re not only destroying our heritage and history, we’re also killing the future for our children and all animals on this coast.”