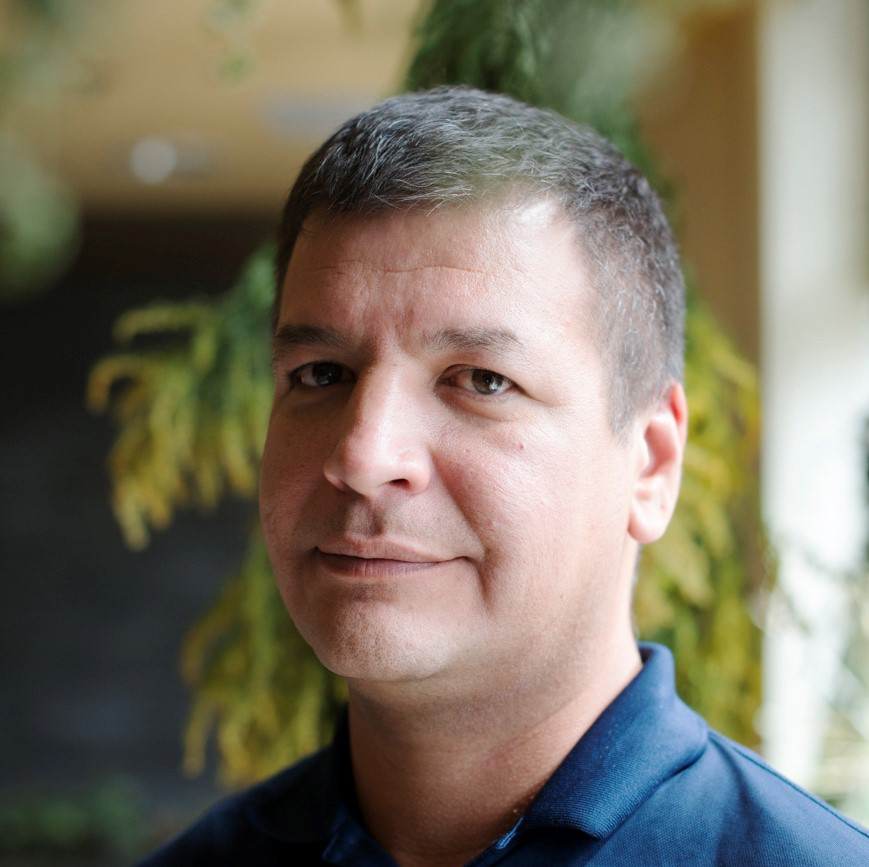 Last March, about two weeks into the pandemic, Steve Teekens got a call from the police. Teekens runs an Indigenous housing agency and the officers were calling to say one of his clients had tested positive for COVID-19. It was the first case to surface at the Native Men’s Residence, an organization that provides emergency shelter, transitional housing and deeply affordable rentals to a clientele of mostly Indigenous men in Toronto.

The client had been homeless and had recently stayed at the Na-Me-Res shelter. Teekens knew that could mean disaster. Inside the shelter, men share rooms and common areas and participate in programming — including Cree and Ojibwe language classes, drumming lessons and spirit circles — intended to heal and foster cultural pride. If one resident had the virus, it could spread quickly. In fact, when Teekens tracked down two men who’d shared a room with the infected client, one of them had the virus, too.

By that point, Teekens had dusted off the pandemic plan at Na-Me-Res and held emergency meetings with his staff. He also tried to contact the city and province for guidance, but in the chaos of early lockdown, his calls went to voicemail and his emails went unanswered. “Left to my own devices, I reached out to our management team, and we figured it out ourselves, without any help from the outside,” he says.

First, Teekens told his staff about the first two cases. He knew many of his employees lived in multi-generational homes and feared infecting their families. “If you want to lay off, let us know,” he told them. “No judgment.” He lost 20 per cent of his staff on the spot. To fill the void, he hired a catering company, a temp agency and a cleaning crew.

Then he levelled with the residents. COVID restrictions meant that he would need to reduce the number of beds in Na-Me-Res’s emergency shelter from 71 to 35. But Teekens couldn’t bring himself to kick men out. “I’m not going to pick and choose who’s going to stay and who’s going to go,” he told them. But if they didn’t return to claim their beds for the night, he would have no choice but to leave them empty for good.

To date, Na-Me-Res hasn’t had another coronavirus case. “We weathered the storm,” Teekens says. Many of his clients, however, are now living in encampments in public parks and under elevated expressways, facing the cold and constant threat of eviction. “They don’t feel safe going into other shelters because of the risk of getting COVID,” says Teekens. (As of late February, 900 cases had been linked to outbreaks in Toronto shelters.) “Guys still call on a daily basis looking for a bed.”

Teekens began working with the homeless by chance. When he finished high school, he knew he wanted to go to college in North Bay — to be close to Nipissing First Nation, where he’s from — but didn’t know what to study. So he grabbed a list of courses. “I closed my eyes and ran my finger down the page,” he says. His finger stopped on “social service worker.”

After college, Teekens became a street outreach worker and, later, an emergency shelter manager in Toronto. “Being a front-line worker, you get to see many gaps in services,” he says. “So when I was in a management role, I had the ability to fill some of those gaps and create good programs.”

Teekens used to lead weekly drumming workshops for Indigenous men, which he says “recharged his batteries,” but the pandemic has put those classes on hold. He is now busier than ever. Lately, he has been losing sleep over the future of a COVID-19 testing centre that Na-Me-Res developed with a number of community partners. A funding agreement for the centre just ended, so he needs to make do with a quarter of the resources he used to have. “It’s really stressful,” he says. “I’m being creative and trying to devise ways to keep it running.”

“I was happy and excited when I first heard the announcement about a National Indigenous Housing Strategy two elections ago,” says Steve Teekens of Na-Me-Res. “I’m still waiting.”

Teekens says homelessness is more visible now than it has been at any point in his 25-year career. The pandemic has exacerbated existing problems. According to a 2018 health report led by Métis physician Dr. Janet Smylie, a third of Toronto’s Indigenous population is homeless or precariously housed. Even with housing, Indigenous people are disproportionately likely to be unemployed and spend more than half of their income on rent — factors that put them at greater risk of eviction and homelessness. Provincewide, there are an estimated 58,000 Indigenous people without a safe, affordable place to live.

Before he moved into Na-Me-Res, Peter Quin was one of them. For decades, he lived a good life: he had a job with the City of Toronto, a decent place to stay. Then he spent 12 years in prison for kidnapping and assault. When he got out, he says, “I didn’t really have a connection to anybody that could find me housing.”

He spent that winter in a shelter, but opted to live on the street as soon as the weather warmed up. “Drugs and alcohol run rampant in (some shelters),” he says. “You’re going to get either the fire department, police or ambulance in there on a daily basis.”

At 63, Quin is now the oldest of 14 residents at Sagatay, Na-Me-Res’s transitional housing building, which before the pandemic had room for 25. He has a private room and has participated in every single one of Na-Me-Res’s programs, from computer and photography courses to traditional medicine and language classes. He gets help with his diabetes through the residence, and his case manager is helping him discover more about his Indigenous heritage. “My grandmother on my mother’s side was Indigenous,” he says. “But growing up, we never spoke about that side of our family.”

Quin is proud to live at Na-Me-Res — “If I were to meet a woman, I wouldn’t be afraid to say I live here” — but hopes to have his own place again one day. After 12 years in a dark cell, he dreams of living in a bright apartment unit inside one of the gleaming glass condo towers around Toronto. “I find it very sad that they’re putting up all these apartments and buildings, but can’t find housing for people like those of us here at Na-Me-Res.”

Canada’s National Housing Strategy, a 10-year, $55-billion plan launched in 2017, was supposed to help people like Quin. The Trudeau Liberals, however, have so far failed to develop a unified, Indigenous-led plan to address the housing needs of the 80 per cent of Indigenous people who live off-reserve.

“At some point, the government needs to decide whether this is a priority or not,” says Justin Marchand, the executive director of Ontario Aboriginal Housing Services (OAHS), the largest of the province’s 38 Indigenous housing providers. “Because it keeps saying that it’s a priority and then not acting as if that were true.”

Marchand argues that a “for Indigenous, by Indigenous” housing strategy is integral to reconciliation. He says it would prevent more Indigenous children from entering the foster care system and help end a pattern of missing and murdered Indigenous women and girls. “Housing is mentioned 299 times in the inquiry on MMIW,” he points out.

A housing strategy might also help OAHS keep up with demand: The organization has a 6,000-application waiting list, but only 2,400 units. “We just can’t meet the need,” he says. He fears the backlog will only get worse by mid-2021. “We’re worried about the wave of coming evictions — the people that worked in restaurants and Tim Hortons and low-to-middle-income jobs.”

In an email statement, a spokesperson for the Canadian Mortgage and Housing Corporation (CMHC) — the government agency responsible for housing — said: “There remains a strong need for an urban, rural and northern Indigenous housing strategy to fill critical gaps.” The House of Commons finance committee's recent pre-budget submissions include a recommendation to implement a for-Indigenous, by-Indigenous housing strategy.

Teekens will believe it when he sees it. “I was happy and excited when I first heard the announcement about a National Indigenous Housing Strategy two elections ago,” he says. “I’m still waiting.”

In the meantime, Teekens is once again trying to solve his clients’ housing problems without outside help. Over the past 11 years, Na-Me-Res has purchased properties across Toronto and converted them into affordable rentals. Last year, amid the stress of the pandemic, the organization bought another. When it opens this year, it will add to Na-Me-Res’s supply of 38 units.

Teekens knows that’s only enough to help a tiny portion of his clientele; a more meaningful change will require a larger effort.

“(An Indigenous housing strategy) could have been a way to flow emergency funding to Indigenous folks for housing (during the pandemic),” he says. “I wonder how differently things would have been if it had already been in place.”