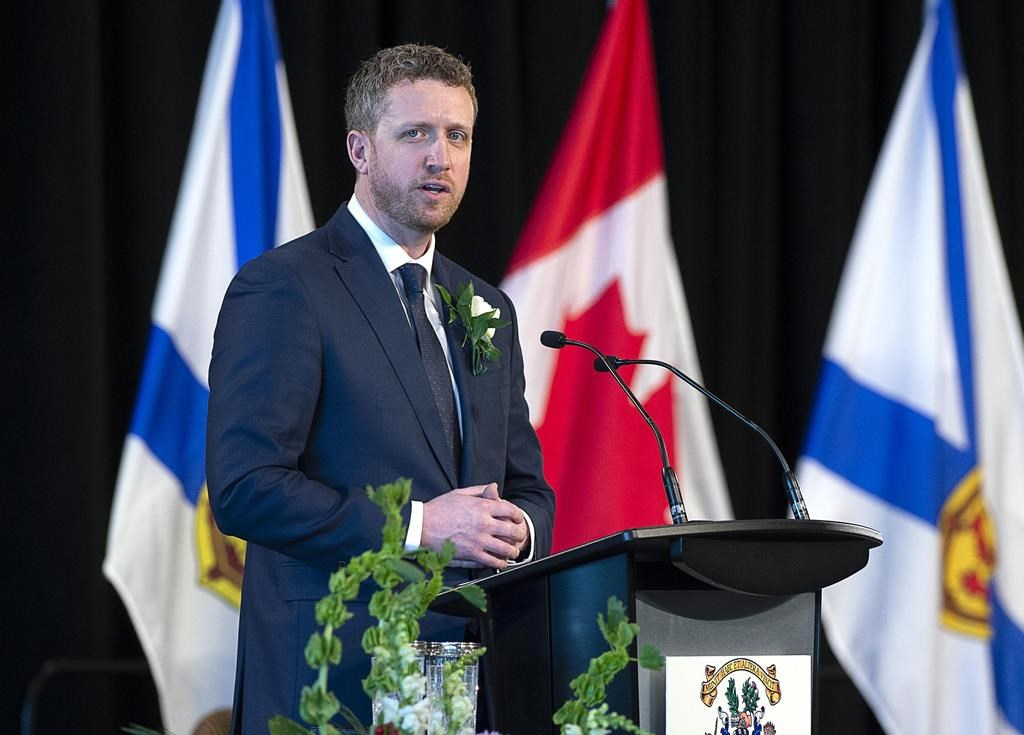 HALIFAX — Nova Scotia environmental groups are saying their hopes in the new Liberal premier have been shaken by his government's about-face on legislation aimed at protecting biodiversity.

Premier Iain Rankin made environmental issues a key part of his leadership campaign, and his government in its recent throne speech declared the environment one of three policy pillars.

However, Raymond Plourde, wilderness co-ordinator with the Ecology Action Centre, said Wednesday the government's plan to remove enforcement provisions from the proposed law shows the province caving in to what he calls a "misinformation campaign" by the forestry industry that stirred fears among private landowners.

The Biodiversity Act tabled two weeks ago originally allowed for enforcement measures on private lands, which comprise about 70 per cent of the province's land mass, to protect endangered plants and animals, combat invasive species and preserve at-risk ecosystems.

However, in a news release late Tuesday, the government announced it is planning to remove emergency orders, offences and fines from the act and limit its scope to Crown lands, with some voluntary measures possible for private properties.

The Concerned Private Landowner Coalition, a group that includes the forestry industry, has published statements stating, "Halifax activists want to be able to control what rural property owners do on their land."

The group also said on its website in reference to the biodiversity legislation, "Bill 4 will give activists a tool they have wanted for many years to harass landowners and stop all agriculture, recreational activity, forestry, hunting and fishing on private lands."

Plourde says such statements are not true and echo tactics used in the United States to demonize environmental lobbyists.

"The reality is they've gutted half the act, which has some penalties, which has been standard issue in these kinds of legislation such as the (federal) Fisheries Act," he said.

"There's no question this hurts (Rankin's) green credibility, and he'd better deliver something awfully solid and unequivocal for the environment if he wants to regain that credibility. This is a blow."

Nova Scotia environmental groups are saying their hopes in the new Liberal premier have been shaken by his government's about-face on legislation aimed at protecting biodiversity. #nspoli

Gretchen Fitzgerald, a spokeswoman for the Sierra Club Canada Foundation, says the campaign against the legislation means her group will have to fight harder to protect public lands to preserve species such as hemlock trees, mainland moose, peregrine falcons and Blanding's turtles.

"I think it means that perhaps he (Rankin) didn't recognize the courage this biodiversity bill would take," she said in an interview on Wednesday.

"I'm shaken. I was devastated when I saw the news release. I know what courage this takes, and I hope he will gird himself against future miscommunication campaigns."

Chuck Porter, the provincial minister of lands and forestry, defended his government's actions during a telephone news conference Wednesday, saying it is responding to private landowners' concerns.

"We as members of the legislature received a variety of feedback. The premier thought it was worthwhile to make some changes, given that was his intent to begin with," Porter said. "When you look at the emergency order (provisions) in the bill, people thought that we could come on their land, and this idea of fines made people nervous." That was not the intent, he added.

The original bill tabled on March 11 had made it an offence for a person to engage in an activity that resulted in the killing or harvesting of a species beyond what was permitted in regulations. It also prevented the introduction, release or spread of an organism or pathogen prescribed in regulations.

In addition, it said no person should engage in an activity that would result in the loss of "at-risk habitat or ecosystem prescribed by regulation." The maximum fines had been set at $500,000 for an individual and $1 million for a company.

It had also allowed for an emergency order to be issued if a conservation officer had grounds to believe provisions of the law would be violated in a way that would have "serious adverse effects to biodiversity."

Porter said he thinks some private landowners will participate in parts of the bill that allow to voluntarily improve biodiversity on their properties.

As for the premier's credibility, Porter said Rankin didn't campaign for the Liberal leadership on details of the Biodiversity Act. "He has an agenda that is important and this is a step in the right direction, and I don't think there's any issue of credibility," the minister said.

Specifics of the redrafted bill have not yet been released.

It's an outrage and should be

It's an outrage and should be reported as corruption, criminality, and conspiracy. Follow the money and motivation at Forest Nova Scotia. That the provincial (ya, small 'p') govt is so easily bought is another story. Investigate more deeply and embarrass those who need day lighting. Shame. FNS is the forestry cartel lobby and CPLC is non-existent.
This will also serve to reveal... https://youtu.be/UPki81YOAq4