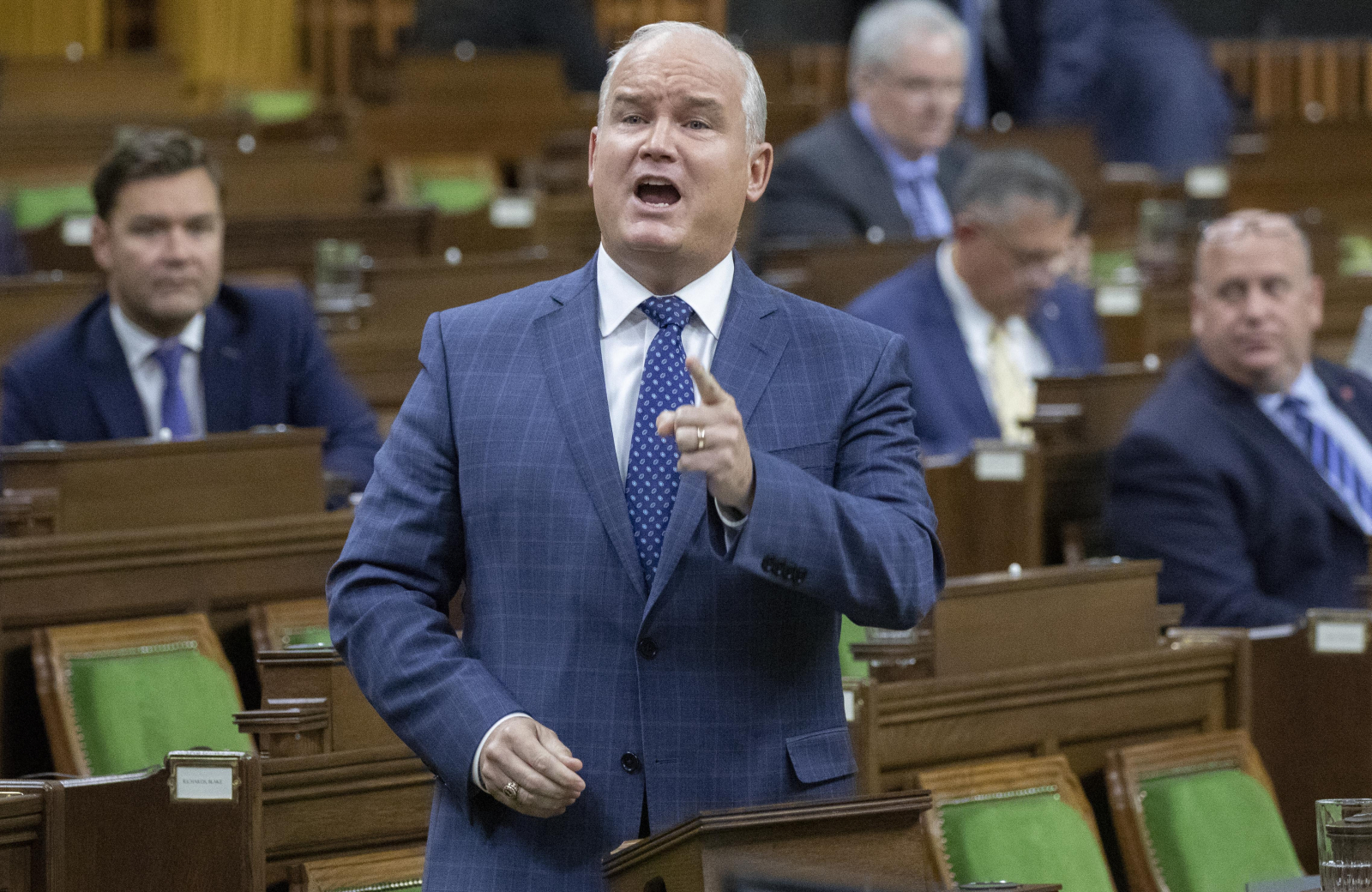 The dinosaurs are no more, but their descendants, the “deni-osaurs” — climate deniers – are the dinosaurs of the modern age — and they are still with us today, especially within the political ranks of the Conservative Party of Canada (and the Republican Party in the United States). The deni-osaurs deny the generally accepted science of climate change (modern-day climate change is real and is caused by humans, mainly from the burning of fossil fuels).

Canada made a commitment to do something about climate change 30 years ago! At the Rio Conference, the countries of the world agreed to the United Nations Framework Convention on Climate Change (UNFCCC): “The ultimate objective of the convention is to stabilize greenhouse gas concentrations ‘at a level that would prevent dangerous anthropogenic (human-induced) interference with the climate system.’” Canada had been a positive force in the lead-up to Rio, and the UNFCCC was ratified by Canada on Dec. 4, 1992, signed by Prime Minister Brian Mulroney of the Progressive Conservative Party of Canada.

So, what has happened to the climate change commitment of conservatives since then? After their merger with the Canadian Alliance and formation of the CPC in 2003, anti-science sentiments, which have been driven by a massive propaganda campaign from the fossil fuel industry over the past three decades and continues today, took hold of their climate change agenda.

More recently, climate denialism has infiltrated throughout the conservative ranks, as exhibited by the actions of Andrew Scheer, Doug Ford and Jason Kenney, among others; one of the more radical climate deniers had been leadership hopeful Maxime Bernier, now leader of the People's Party of Canada.

The current leader of the CPC, Erin O’Toole, called for a vote at the party’s recent convention on whether “climate change is real.” O’Toole told delegates the debate is over, and the party “cannot ignore the reality of climate change.” Alas, the delegates ignored him (in a 54 to 46 per cent margin) instead.

A reporter commented about the turn of events: “The clear rejection came hours after Conservative Leader Erin O'Toole urged party members to embrace change or risk losing again to Prime Minister Justin Trudeau and the Liberals in the next election.” And the Liberals wasted no time in calling out the Conservatives as climate change deniers.

Climate change has undergone the greatest scientific scrutiny in history, including by the international evaluations of the Intergovernmental Panel on Climate Change. Its studies of the peer-reviewed literature began over 30 years ago and continues; an analysis specifically on the warnings of the leading climate experts in the world was presented in its special report, “Global Warming of 1.5°C.” Despite the dangers of climate change, despite the consensus among the scientific community, the CPC became the first major political party, possibly anywhere, to officially vote against accepting that “climate change is real.”

What has been lost in the discussion, however, is the absurdity of the vote in the first place. The CPC was “voting” on whether they agreed with accepted science. Are they going to vote on the theory of evolution next? And maybe other scientific theories will be put to a vote, since they have made it part of their platform to judge science. Science, of course, does not care how they vote. Voting against science does not make the threat of climate change go away, but at least Canadians now know, for sure, that the CPC will do nothing to fight the climate crisis.

Undaunted, O’Toole tweeted a few days after the vote: “We will have a plan to address climate change. It will be comprehensive. And it will be serious.” And attached was a meme: “We cannot ignore the reality of climate change. THE DEBATE IS OVER.” Upon seeing that tweet, I wondered whether O’Toole had attended the same CPC conference.

What might his climate plan look like? To be clear, this comprehensive and serious plan is for something that his party does not think is real. If one goes by typical right-wing climate plans, one can expect no carbon tax, plenty of funding for research and innovation and the promotion of nuclear (especially SMRs), liquefied natural gas, blue hydrogen and carbon capture; in short, measures that will not restrict the burning of fossil fuels very much.

Despite the dangers and the consensus among scientists, writes @GeraldKutney, the CPC became the first major political party possibly anywhere to officially vote against accepting “climate change is real.” #ClimateCrisis

Where does the Conservative Party of Canada go from here? How can Canadians put their trust in a political party that denies science? In my humble opinion, climate deniers are not fit for public office and the CPC are headed towards political extinction. Perhaps, the CPC should stand for the “Cretaceous” Party of Canada, for the period when dinosaurs flourished.

Gerald Kutney has a PhD in chemistry and owns a consulting firm, Sixth Element, which specializes in helping entrepreneurs make their bioeconomy projects a success. For the past decade, he has studied the politics of climate change.

If Conservatives’ climate denial makes them deni-osaurs, what does climate denial by Trudeau's Liberals, Notley's AB NDP, Horgan's BC NDP, and other make them?
Lipserviceraptors? Dissembladons? Corporateshillosaurs? Equivocatosaurs? Petro-progressiv-atops?
*
"Canada made a commitment to do something about climate change 30 years ago!"
Which party was in power for 20 of those 30 years?
*
"The deni-osaurs deny the generally accepted science of climate change"
The petro-progressiv-atops claim to accept the climate change science, but still push pipelines, approve LNG projects, promote oilsands expansion, subsidize fossil fuels, and let fossil fuel interests dictate the agenda.
*
Which is worse? The deniers who deny their house is on fire, or the deniers who accept their house is on fire, but throw fuel on the flames — then stand back and watch it burn?
Worse, they assure bystanders (us) that they have everything under control and prevent fire-fighters from tackling the blaze.
*
"The New Climate Denialism: Time for an Intervention" (The Narwhal, Sep 26, 2016)
• https://thenarwhal.ca/new-climate-denialism-time-intervention
*
Whether we drive over the climate cliff at 100 kmh or 50 kmh, the result is the same.

One side rejects the science

One side rejects the science on climate change; the other side ignores it.
Pick a side.

Well said, Geoffrey. Thanks for commenting.

Your points may be valid, but

Your points may be valid, but no other party matches the climate denialism of the Cons., with the exception of the PP of Canada.

"What might his climate plan look like? To be clear, this comprehensive and serious plan is for something that his party does not think is real. If one goes by typical right-wing climate plans, one can expect no carbon tax, plenty of funding for research and innovation and the promotion of nuclear (especially SMRs), liquefied natural gas, blue hydrogen and carbon capture; in short, measures that will not restrict the burning of fossil fuels very much." What might your plan look like? Wind turbines, Solar panels and more taxation? You appear to be against "Research and Innovation"?? Looks more like a Liberal propaganda article than a legitimate story. Usually a consultant is hired for solutions.

Innovation is important, but

Innovation is important, but conservatives use it as an excuse not to do anything now. We can no longer wait and hope that something comes along to resolve the problem.

Wind turbines, solar panels and more taxation is actually a plan that will work. The situation is dire; even if wind turbines and solar panels were a relatively poor way of generating power, at this stage it would STILL be imperative to stop pissing and moaning and just get them done. But they are in fact the most cost-effective source of power there is, before you even factor in various massive externalities involved in burning fossil fuels, let alone the issue of climate change itself.

There is exactly ONE reason we don't have a consensus on going full speed ahead with solar, wind and electrification: The fossil fuel lobby has a whole lot of money for PR and bribes. That's IT, there is no more. Everyone arguing otherwise has been influenced by the PR; everyone in politics arguing otherwise has taken the bribes . . . ah, sorry, campaign contributions.

One slight modification I

Your PR point is important.

Your PR point is important. Ideology is the basis of most science denial, but it has been the massive PR campaign that has inflamed the issue so much with climate change.