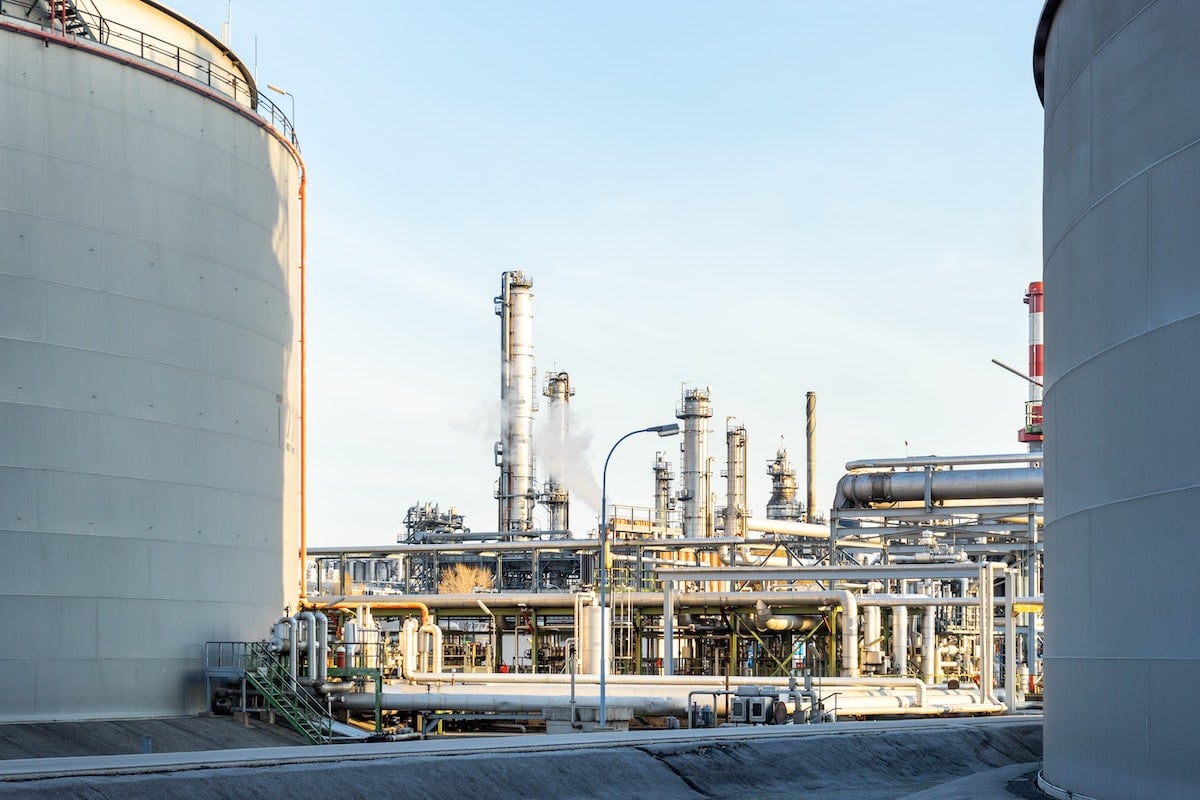 Last Thursday wasn’t a good day in the towers of downtown Calgary after the Supreme Court of Canada ruled the federal carbon tax was, in fact, constitutional. Lost in the noise around that was an announcement by the American Petroleum Institute (API) that it was embracing carbon pricing, one that could be even more consequential for the Canadian oil and gas companies with head offices there.

After all, when the world’s largest oil and gas lobby is finally reading the room on climate change, it should be clear the energy transition train has well and truly left the station.

The API’s conversion on the road to climate Damascus wasn’t really about a change of faith, mind you. Instead, it felt a bit like an attempt to offer up a sacrifice to the climate gods given the ever-expanding consensus behind carbon pricing. And while it is endorsing the idea in theory, it won’t go so far as to prescribe an actual price, much less advocate on its behalf.

“We are not advocating a specific price,” API president Mike Sommers said on a call with reporters. “What we are saying is this is a framework through which API will advocate for specific principles.”

Those principles are all about mitigating the scale and scope of climate action, it seems. According to a draft statement reported by the Wall Street Journal, the API wants to trade a carbon price off against “mandates or prescriptive regulatory action.”

Those actions could range from more stringent fuel-efficiency standards and aggressive electric vehicle mandates to banning new drilling for oil on federal land. They could also include raising the so-called “social cost of carbon,” which informs dozens of U.S. regulations and had been allowed by the Trump administration to drop to as low as $1 per tonne. Now, as the Biden administration prepares to introduce measures that will help America meet its Paris targets, it has been bumped up to $51 per tonne — and could rise above $100 by next January.

That the oil and gas industry still thinks it can trade a modest carbon tax for a regulatory free-for-all shows it doesn’t appreciate the changes that are already underway, or how little leverage it has to shape them. It also overlooks just how little it’s trusted on this issue after spending both years and money sowing doubt and confusion.

Just ask Kathy Mulvey, the accountability campaign director for the climate and energy program at the Union of Concerned Scientists. “After decades of deception that have delayed action and exacerbated the climate crisis,” she told Bloomberg’s Jennifer Dlouhy and Leslie Kaufman, “API doesn’t get to set a ceiling on the scope and ambition of U.S. climate policies.”

The same is true here in Canada. Yes, the Canadian Association of Petroleum Producers (CAPP) now grudgingly accepts the existence of a federal carbon tax, but just last year, in response to the growing global pandemic, it tried to convince the federal government to freeze the carbon tax at $30 per tonne for “the foreseeable future,” along with postponing implementation of a clean-fuel standard and legislation that would create legally binding targets on the way to net-zero emissions by 2050.

This shows just how tentative and provisional its support for carbon pricing really is, and one can only assume if a different federal government were to be elected, it would lobby for much weaker regulations and the dilution or elimination of the carbon tax, much as it did in Alberta.

When the world’s largest oil and gas lobby is finally reading the room on climate change, it should be clear the energy transition train has well and truly left the station, writes @maxfawcett. #CarbonPrice

After all, its own past board chair, Birchcliff Energy CEO Jeffrey Tonken, suggested in 2019 that “the federal government is positioning itself to let the energy industry die so that they can get votes to get re-elected.” And one of its current directors, Questerre Energy CEO Michael Binnion, was a keynote speaker at a March 13 conference whose organizers apparently believe that “we have a federal government locked into an ideological mindset, which includes shutting in Canada's natural resource sector.”

These are not, in other words, people genuinely invested in decarbonizing the economy and advancing the transition to cleaner sources of energy. If anything, they’re still dedicated to slowing that down as much as they can. But their capacity to do so may be shrinking by the day, and the industry organizations they support are whistling past their own graveyards. More comparatively climate-minded energy companies like France’s Total SE and Vancouver’s Teck Resources have already left CAPP, while Shell sent a warning shot across its bow over its refusal to embrace carbon taxes. The API, meanwhile, is also bleeding members who want it to get ahead of what’s clearly coming for their industry.

What’s coming, whether they like it or not, is a growing tsunami of climate-conscious capital. Global financial markets and central banks are taking increasingly decisive steps to price in climate risk, including the recent announcement of a “net-zero investment framework” by a group of investors that manage a combined $33 trillion in assets. Here in Canada, for example, the Bank of Montreal recently announced it will put $1 trillion in lending and investing capital by 2025 toward helping companies meet their net-zero emissions targets. In time, that number may seem small by comparison.

Organizations like CAPP and the API are welcome to make this the hill they die on, of course. But there’s a growing army of people, many of them on Bay and Wall streets, who will be more than happy to put a sword through their hearts. It’s up to the companies that fund those organizations, both here in Canada and in the United States, to decide whether they want to die there with them or not.

Very funny to see this next

Very funny to see this next door to the "banks have a problem" article about all the huge fossil investments.

Social cost of carbon? People protest pipelines, but nobody berates neighbours, friends, or family for buying an SUV instead of a sub-compact, or for flying abroad for vacation, for getting a house over 2000 sf.

If the intersection of real-estate costs and travel costs is that it makes the most sense to move 30km from your job and commute, most people do that, and most people won't tell them they are part of a problem.

When carbon consumption has "social costs", there will be change. Otherwise, there will only be change if completely carbon-free options for pursuing that same SUV/suburbs/travel lifestyle that people insist upon, even while telling surveys they are "very concerned" about climate change. That's how I think it will play out, so I focus on providing those alternatives, not trying to change people.

RB wrote: "When carbon consumption has 'social costs', there will be change.

I detect some confusion about the definition of "social costs". An economic term with a specific and narrow definition. It does not signify disapproval of a person's lifestyle choices by friends, neighbours, and associates.
Another term for "social costs" is socialized or externalized costs. Thus, externalities. Costs shifted from producers and consumers of the item in question to society as a whole.
"The socialized portion of the total costs of production, i.e., the costs which businesses shift to society in their attempts to increase their profits."
"Social costs are the costs pertaining to the transaction costs to the society as a whole."

Why shouldn't consumers pay the full costs of goods and services — including energy? How could energy transformation take place without pricing energy properly?
In a functional free-market, all costs are internalized -- priced into the product. Absent realistic price signals to guide consumers to make rational decisions, environmental mayhem ensues.
Free-market advocates should support full-cost accounting. If we do not pay our energy costs in full, someone else pays our tab.

Exactly............and the fossil fuel apologists know that. Already hybrids, plug in hybrids and EV's are becoming more common. Folks think they're luxury vehicles, but if you have invested in solar, they are actually money saving vehicles. What an EV saves you in gas in a couple of years actually lowers the cost of the vehicle. Feels real good, not to have to emit carbon to take a drive into the country. Consumer choices will get better...........as more of us wake up to the BS CAPP and SUV/Big Truck dealers are peddling.