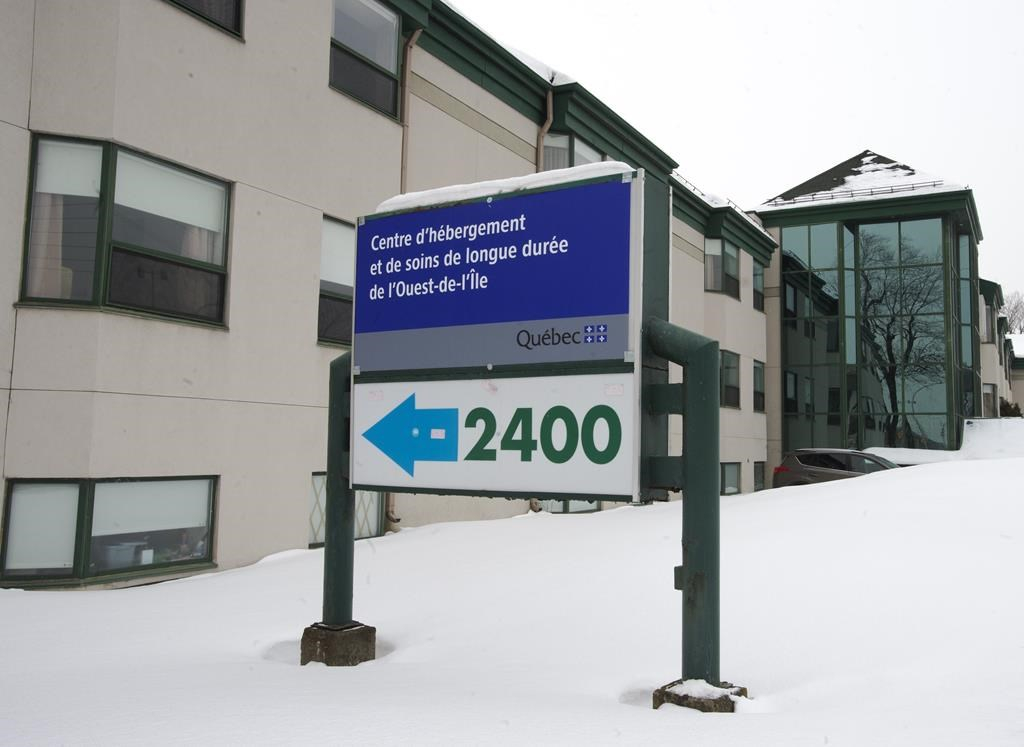 The former Herron seniors residence, which was one of the hardest hit during the first wave of the pandemic, is seen on Feb. 15, 2021, in Montreal. File photo by The Canadian Press/Ryan Remiorz
Previous story
Next story

A coroner's inquest into long-term care deaths in Quebec during the COVID-19 pandemic's first wave opened today with testimony describing staff shortages and employees moving from one facility to another.

The first day of the inquest began with hearings into the Montreal-area CHSLD des Moulins in Terrebonne, owned by senior care company Groupe Sante Arbec. The facility was consumed with a COVID-19 outbreak for 76 days.

Coroner Gehane Kamel's mandate is to investigate the deaths at seven seniors residences and long-term care homes, which are known as CHSLDs in Quebec. In total, she is investigating 53 deaths at the seven facilities, and she heard today from managers at the regional health authority that oversees CHSLD des Moulins.

Dr. Lynda Thibeault, interim head of the regional health agency, told the inquiry that her team was investigating an outbreak at another facility when they learned employees there were also working at CHSLD des Moulins.

Thibeault says it was hard to get a list of employees who had symptoms of COVID-19 because the person responsible for the lists was in preventive isolation after a possible exposure to the novel coronavirus.

Daniel Castonguay, former head of the regional health agency, said his office had to intervene several times in the Terrebonne facility because managers weren't always on-site and health orders weren't being implemented quickly.

Castonguay says the company that owned the facility had refused an offer by the health agency to take over the private residence.

Kamel's inquest was supposed to begin Feb. 15, but she was immediately seized with a request to delay the hearings by the lawyer for the owners of Residence Herron in Dorval, Que. Kamel was scheduled to probe 47 deaths that had occurred at that facility.

Herron's lawyer said prosecutors hadn't decided whether to charge the owners criminally and told the coroner the inquest could prejudice her clients. Kamel elected to put off the Herron portion of the inquiry until September. She surmised that if she refused the request, it would be appealed and could delay the entire inquest for years.

The inquiry is looking into the deaths that occurred in long-term care between March 12 and May 1, 2020.

A coroner's inquest into long-term care deaths in #Quebec during the #COVID19 pandemic's first wave opened today with testimony describing staff shortages and employees moving from one facility to another.

The vast majority of deaths attributed to COVID-19 in Quebec have occurred in long-term care homes and private seniors residences. Coroner's inquests are not intended to assign blame, but to make recommendations to avoid similar occurrences.

This report by The Canadian Press was first published on March 29, 2021.