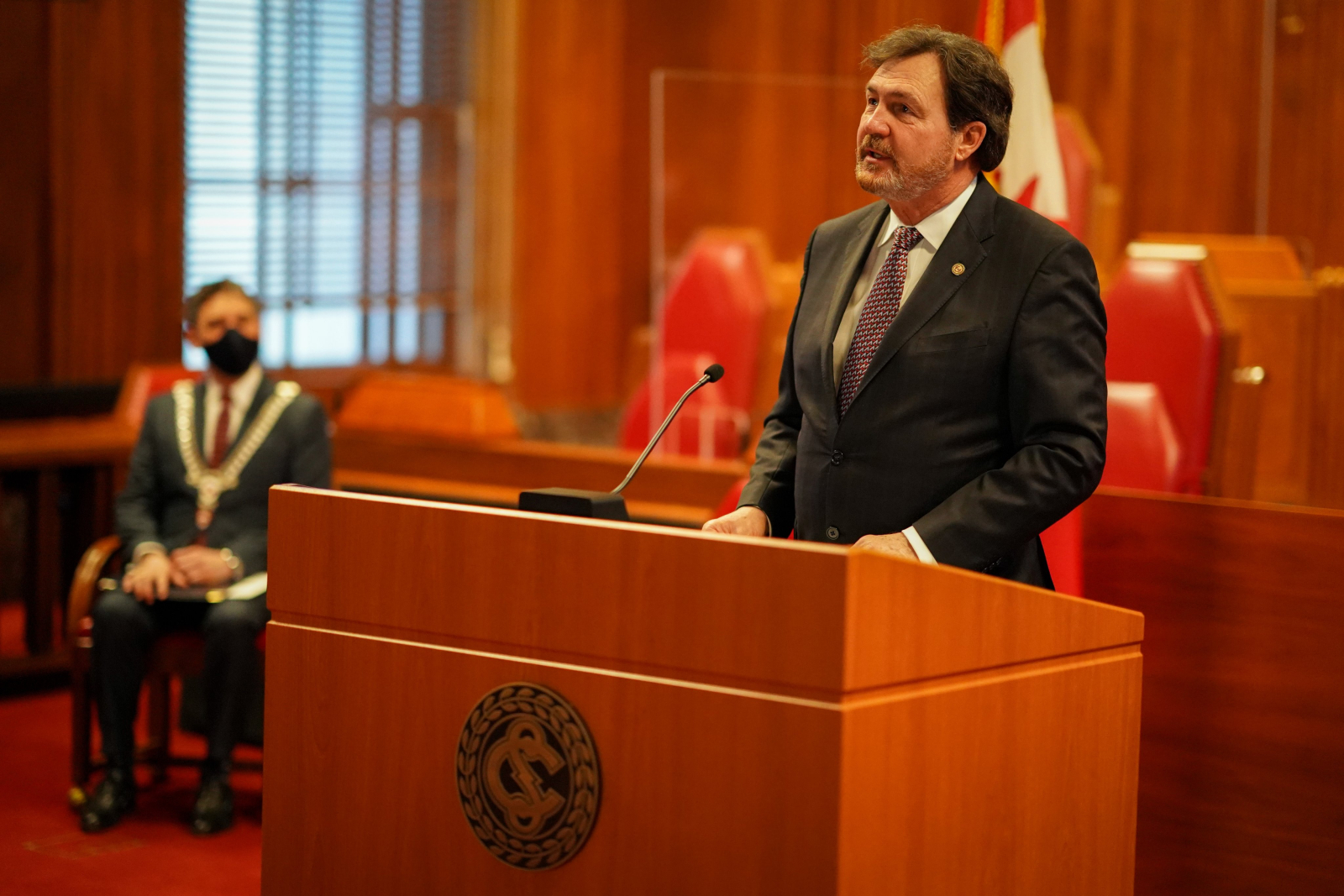 The Supreme Court of Canada’s ruling on the federal carbon pricing law was a “missed opportunity to advance meaningful reconciliation,” says the Assembly of Manitoba Chiefs.

Last year, lawyers for several First Nations had argued before the court that carbon pollution and climate change posed serious obstacles to their constitutionally protected rights under Section 35 of the Constitution Act, 1982.

The assembly, represented by the Public Interest Law Centre in Manitoba, in particular had asked the court not to ignore “the existence and insights of First Nations laws” in its eventual judgment, saying that doing so would impair reconciliation and the spirit of treaties.

The court’s decision that Parliament acted constitutionally when it passed the Greenhouse Gas Pollution Pricing Act — laid out in a 35,000-word judgment written by Chief Justice Richard Wagner — focuses on the division of powers between federal and provincial governments, but does not make explicit reference to Section 35.

The decision does note that it is “well-established” that “climate change is causing significant environmental, economic and human harm nationally and internationally, with especially high impacts in the Canadian Arctic, in coastal regions and on Indigenous peoples.”

Wagner also wrote that if the court were to declare that Parliament could not address climate change at a national level, it would have “profound effects on Indigenous peoples,” among other consequences.

Given that reality, said AMC Grand Chief Arlen Dumas in a statement, the court “missed a profound opportunity to embrace and learn from First Nations laws and Knowledge Keepers.”

The AMC, which represents 62 First Nations in Manitoba, had argued that “neither the federal nor provincial governments acknowledged the existence of First Nations laws” and that the Supreme Court had an “obligation” to address the “much deeper reality.”

“Regardless of (the) ruling, we are stewards of the land and protectors of the waters and we will continue to respect and defend Mother Earth grounded in our treaties,” said Dumas.

The Supreme Court of Canada’s ruling on the federal carbon pricing law was a “missed opportunity to advance meaningful reconciliation,” says the Assembly of Manitoba Chiefs.

Patricia Lawrence, senior counsel with Westaway Law Group, represented the Anishinabek Nation and the United Chiefs and Councils of Mnidoo Mnising, who jointly spoke on behalf of 39 First Nations throughout Ontario during the Supreme Court carbon pricing case.

Lawrence said she understood from the beginning that it was possible the court could decide the case without any reference to Section 35. “All of our submissions were aimed at trying to encourage the court to say something about Section 35 in their analysis,” she said.

But the end result, Lawrence added — the ruling of carbon pricing as constitutional — was one that First Nations had said was most consistent with Section 35.

The Assembly of First Nations, the national organization representing First Nation peoples in Canada, also intervened in the case, saying the government had an obligation to recognize Aboriginal and treaty rights in climate laws.

National Chief Perry Bellegarde welcomed the Supreme Court ruling and said it offered a chance to respect First Nations rights and title. He said the court’s recognition of climate change’s harm in the Canadian Arctic and on Indigenous peoples was important.

“I reiterate the need for provincial and territorial governments to work together with First Nations as leaders in climate action to identify meaningful and effective solutions to address the impacts of climate change on our communities, infrastructure, ways of life and well-being,” he said.