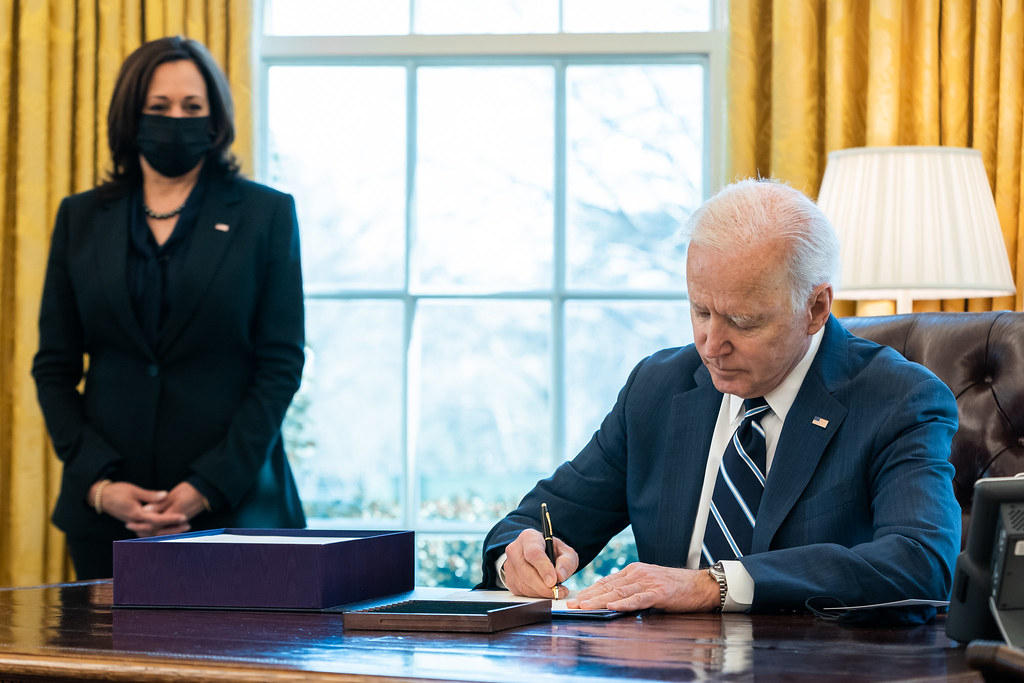 The Biden administration has pledged some serious money to back its commitment to environmental justice. Canada, meanwhile, remains mired in the discussion stage.

The White House’s discretionary budget request, released April 9, includes more than US$1.4 billion for environmental justice initiatives. Of that, US$936 million is earmarked for a new Accelerating Environmental and Economic Justice Initiative, which would create union jobs, clean up pollution, and go towards securing environmental justice for communities. To hold polluters accountable, an additional US$100 million would develop a community air-quality monitoring program for high-pollution areas.

In Canada, a private member’s bill aiming to address environmental racism is being discussed by the environment parliamentary committee after passing second reading with the support of Liberal, NDP and Green MPs.

The bill could require the federal government to collect data on links between race and environmental hazards, as well as compel the environment and climate change minister to develop a national strategy to reduce the harms caused by environmental racism.

“I think it’s important to set a symbol to the rest of the world that Canada means what we say about dealing with systemic and environmental racism,” said Liberal MP Lenore Zann, who sponsored Bill C-230 with the help of Ingrid Waldron, an associate professor in the faculty of health at Dalhousie University in Halifax.

Steps to address environmental racism were a long time coming in the United States, as well, says one environmental justice advocate.

“The last four years, we took such a step backwards on so many fronts, particularly race relations,” said Ruth Ivory-Moore, program director for environment and corporate social responsibility for the Evangelical Lutheran Church in America.

Ivory-Moore said this is the first time the government has backed its promises with funding. “Considering where we’ve been, it’s extremely positive,” said Ivory-Moore.

“In the United States, those legislative tools are being driven by the government, whereas in Canada, it has not yet shown up as a priority for the federal government,” said Abreu.

The Biden administration has pledged some serious money to back its commitment to #EnvironmentalJustice. The White House’s discretionary budget request includes more than US$1.4 billion for environmental justice initiatives

Here in Canada, Zann and Waldron both appeared as witnesses in parliamentary committee meetings this week.

Conservative and Bloc MPs questioned the need for Bill C-230 because the proposed update to the Canadian Environmental Protection Act (CEPA), tabled on Tuesday by Environment Minister Jonathan Wilkinson, would “recognize” that every Canadian has a right to a healthy environment.

The proposed CEPA amendments would also emphasize better protecting vulnerable populations, and Bloc and Conservative MPs argued that should be sufficient to address environmental racism.

“Do you not feel that the government’s bill, which is greater in scope and seems to have more enforcement in it, will make your bill unnecessary?” Bloc MP Monique Pauzé asked Zann.

Zann responded that the new CEPA is a good step forward, but added it is important to specifically emphasize race.

“Everyone on screen here is white,” Zann said later on. “That’s why this bill is so important, it puts the focus back on that racialized people have been treated differently, and we need to make sure that stops. This is a specific bill about race and some people being treated as less than others.”

Conservative MP Dan Albas echoed Pauzé’s stance that the CEPA amendments for a universal right to a healthy environment is the right approach, and further criticized Bill C-230 as paying lip service to injustices instead of “actually getting to work on specific problems.”

“People need solutions right now, not in two years,” said Albas, in reference to ongoing long-term boil water advisories in First Nations communities. “Who will be helped by this bill right now?”

“The majority of environmental groups and First Nations people and Black communities across this country are cheering for this bill right now,” replied Zann. “And they would like to see it in place because it will make a difference to their lives.”

Ivory-Moore says the actions being taken by the Biden administration are unlike anything the U.S. has seen before.

“To have a country like Canada to pass such legislation, a country that is seen as having an extremely high quality of living, high GDP, just a great quality of life … would send significant signals to the rest of the world that we have to finally start to address this,” she said.

The environment parliamentary committee has less than two months to bring the bill for discussion and possible amendments before it returns to the House of Commons for a third reading.