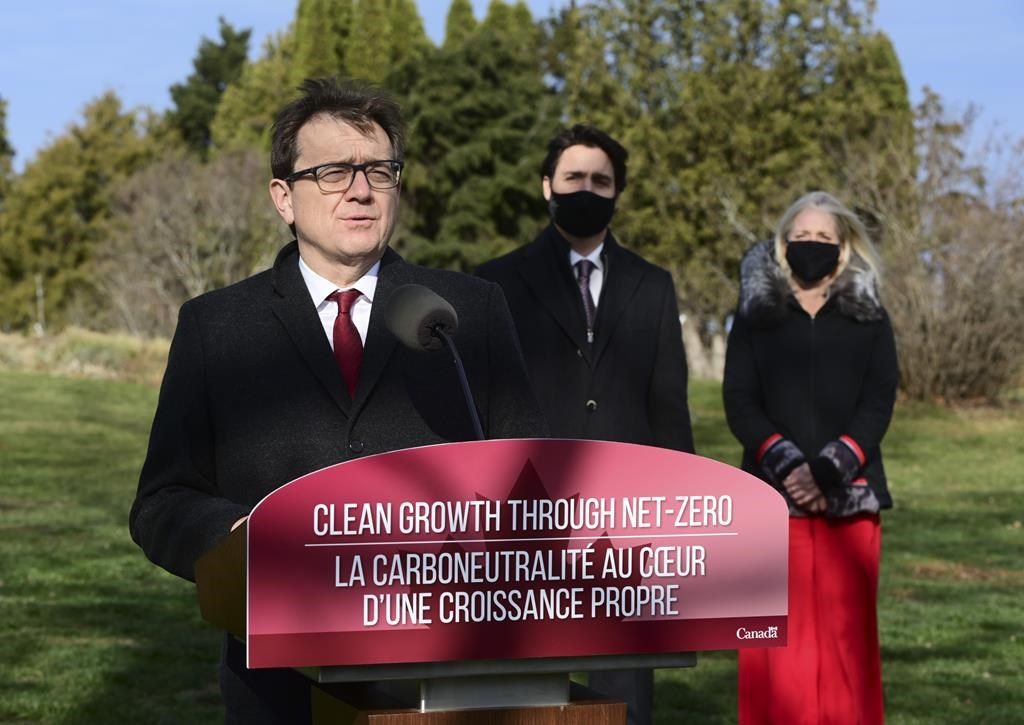 OTTAWA — Canada's environment minister has proposed changes to the bill that would make the federal government more accountable as it strives to reach net-zero emissions by 2050.

The proposed legislation was introduced last fall but has been at the second-reading stage in the House of Commons, where the minority Liberal government generally needs the support of at least one major opposition party to get bills passed.

Bill C-12 would require that starting in 2030, Ottawa set rolling, five-year targets to cut greenhouse gas emissions ending in 2050, when this pollution is supposed to be either eliminated or captured in the ground.

Citing the potential influence of "climate activists" on a panel set up to tell the government, the Conservatives have moved to quash the bill.

Environment Minister Jonathan Wilkinson recently wrote to two New Democrat MPs, saying he's prepared to amend the legislation to address some of their party's concerns if it gets to committee.

The NDP has been asking the Liberals to set a 2025 milestone target to deal with what it says is a lack of accountability on reducing emissions over the next decade.

"2030 is around the corner and this is the most important decade," NDP MP Taylor Bachrach said Tuesday.

Wilkinson said in his letter he supports improved accountability and including Canada's newly announced goal of slashing greenhouse gas pollution between 40 to 45 per cent below 2005 levels over the next nine years.

The previous goal had been 30 per cent under the Paris Agreement, but the Liberals say under existing measures it can get to 36 per cent.

Wilkinson says the government's proposal for better short-term accountability includes added progress reports in 2023 and 2025, on top of one set for 2027.

"Let me clear, though: I support enhanced interim accountability to ensure we meet our 2030 target — not another target-setting exercise for a date that would be only two and a half years after Bill C-12 would potentially come into force," reads the letter.

Canada's environment minister is proposing changes to the government's climate accountability bill — including progress reports in 2023 and 2025 — in hopes of getting the NDP on board. #cdnpoli #ClimateAction

"The additional requirements could include estimates of projected greenhouse gas emissions over time as well as projected reductions resulting from measures taken. This will ensure Canadians have a clear and publicly available picture of Canada’s overall trajectory toward meeting our enhanced 2030 target," it reads.

But Bachrach said there's an important difference between a progress report and setting a halfway target to reaching that goal.

"Without defining the actual track and without setting out milestones or checkpoints along the way it's very hard to claim that we're on track."

If the House of Commons passes a bill at the second-reading stage, it heads to committee for further scrutiny by members of Parliament.

This report by The Canadian Press was first published April 27, 2021