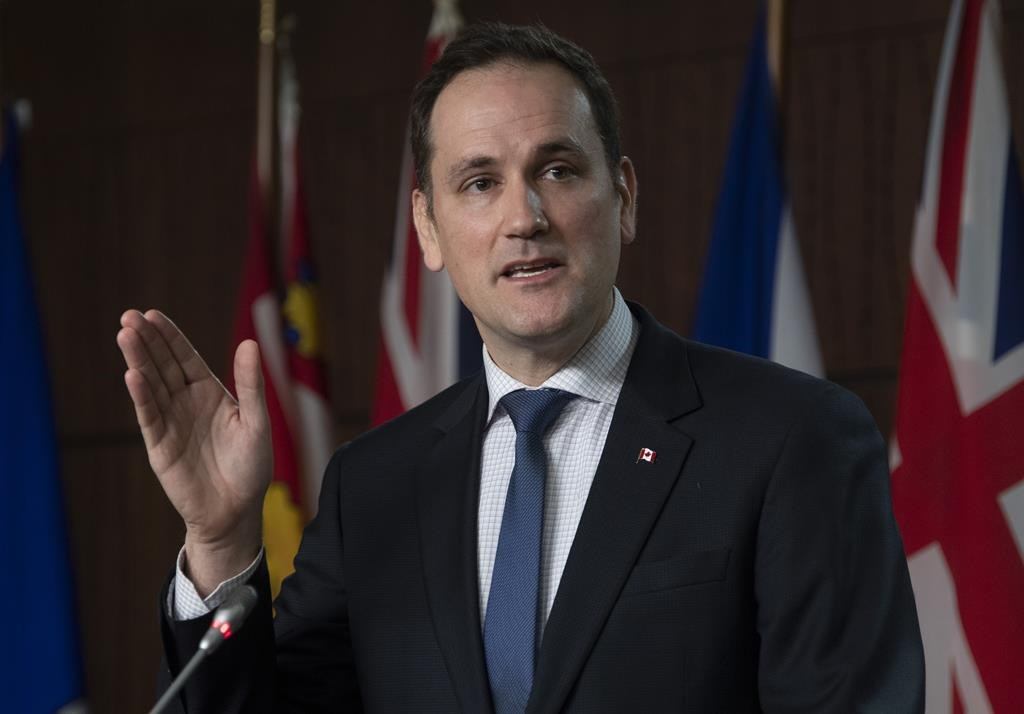 Conservative MP Dan Albas speaks in Ottawa, December 8, 2020. Just how many of the two billion trees the Liberals promised to plant in the 2019 election will go into the ground will be released soon. Photo by The Canadian Press:Adrian Wyld
Previous story
Next story

OTTAWA — The Conservatives' environment critic says almost two years after promising to plant two billion trees within a decade, the Liberals have provided little in the way of detail on how that will actually get done.

Prime Minister Justin Trudeau promised in the 2019 campaign as part of his climate platform to plant two billion trees by 2030, which amounts to an extra 200 million trees per year.

To reach that goal over a decade, around 33 million trees would have to go into the ground each month in a tree-planting season and in nine years that number grows to about 37 million trees.

"We're two years into that commitment, almost two years into it, and they’re still acting like they still have another 10 years," said Conservative environment critic Dan Albas.

Planting didn't happen in 2020 and this year, the government put a call out for projects that could start this spring, after Natural Resources Minister Seamus O'Regan announced it would spend $3 billion on the program.

That's about $2.78 billion less than what the parliamentary budget office suggests such an endeavour could cost.

A spokesman for O'Regan said the department sought out experienced tree-planting organizations that had land and more than 5,000 extra trees secured "to take advantage of the fast-approaching window of opportunity for tree planting."

"The first trees will be in the ground this spring," Ian Cameron wrote in a statement, saying more than 120 applications were received and agreements could be signed by May.

Just how many of those trees will go into the ground this season will be released soon, according to Natural Resources Canada.

The department said contracts are being finalized and that process is confidential, but Canadians can expect to get an update on the pledge.

Two years after the #Trudeau government promised to plant two billion trees, the only thing growing is howls from the opposition. #cdnpoli #reforestation #environment #climatechange

The Western Forestry Contractors' Association, an advocacy group which represents seedling nurseries, consulting foresters and tree planting contractors in Alberta, British Columbia and Ontario, said some of its members were able to pull together sites, funds and seedlings to plant around 2.3 million trees in B.C.

When it comes to the promise, executive director John Betts said the message to both the federal and provincial governments is that industry is willing to do what it takes to get extra nursery space, expand its labour force to meet demand, so long as volume remains steady.

Besides what goes into the ground this season, Natural Resources Canada plans to design a program for more long-term planting.

Albas said questions remain about the cost per planting plot, particularly in urban areas, well as where the land is located.

"The government made a political promise during the campaign that it had no idea how it would institute and basically handed this over to the bureaucracy," he said.

"It sounds like they don't know who they're going to be dealing with either."

The Forest Products Association of Canada said it offered advice to the Liberal government in developing the program that it should look to those in forestry, conservation as well as Indigenous groups who have experience with planting.

Seedlings can take several years to grow depending on the tree species, he said, plus it takes time to prepare supplies and work to ensure what's planted survives.

The government projects planting these two billion trees will reduce greenhouse gas emissions by up to two million tonnes annually by 2030 because they sequester carbon.

The department expects that as trees mature, the program will cut emissions of heat-trapping gases by up to 12 million tonnes per year by 2050, which is when Canada is supposed to reach net-zero emissions.

This report by The Canadian Press was first published April 30, 2021.

Treeplanting is a summer job

Treeplanting is a summer job for Canadian students. Two of my daughters did, one for several years. They were appalled by the system because the trees were soaked in pesticides and no effort was made to replant the forest. The lumber companies only planted the trees they make money from. This policy makes the forest vulnerable to insect predation and fire as stands of poplars, which burn less easily than evergreens, can slow down or even break an advancing fire.