Canada told to use AstraZeneca doses or return them to COVAX 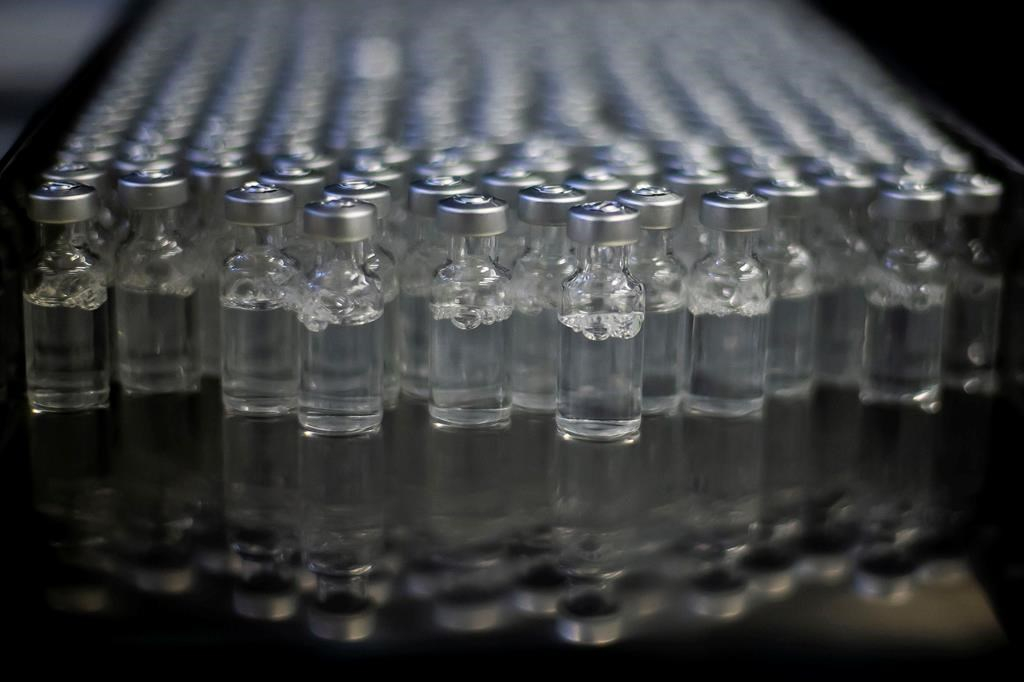 OTTAWA — Some health experts are questioning Canada's decision to accept thousands of doses of the Oxford-AstraZeneca vaccine from a global vaccine-sharing alliance, only to have them sit in freezers in an Ontario warehouse.

More than 655,000 doses of AstraZeneca arrived in Canada through the COVAX initiative Thursday even as most provinces have temporarily paused their use for first doses amid supply issues and the potential risk of rare blood clots.

It is the first time vaccines have been delivered to Canada without immediately being distributed to provinces and territories, because Ottawa isn't yet clear who wants them.

"Depending on how and when the provinces want to use them, they can either have them all now, have them on a scheduled delivery, we can hold (them) for a couple of weeks," said Maj. Gen. Dany Fortin at a vaccine briefing Thursday.

As of May 8, 2.16 million Canadians had been given one dose of AstraZeneca. With enough Pfizer-BioNTech and Moderna coming to vaccinate everyone who hasn't yet been given a first dose, the main use of AstraZeneca in Canada going forward would be for second doses.

But even that is in doubt, as a United Kingdom study looking at mixing and matching vaccines might indicate the second dose should be Pfizer or Moderna. Preliminary data this week showed doing so was safe, but how effective it was to mix them won't be known until June.

Health Minister Patty Hajdu defended accepting the doses even though they were going to be stored for now, saying there's no indication yet provinces won't use them for second doses.

"Obviously, we're monitoring this very closely, and my expectation is that doses of vaccine, regardless of the variety and type, don't go to waste," she said.

Fortin said he is preparing advice to cabinet on what to do with the doses that aren't immediately wanted but wouldn't go into detail.

"There are a range of options that we continue to investigate, the contingencies and a number of things to include what we would do with future doses," he said.

"We should definitely not be keeping doses of the AstraZeneca vaccine in freezers while thousands of people are dying every day in India..." says Dr. Irfan Dhalla. #COVID19 #Vaccines

"We should definitely not be keeping doses of the AstraZeneca vaccine in freezers while thousands of people are dying every day in India, and other countries around the world and are desperate to receive a highly effective vaccine," he said.

Canada has been criticized before for being the only G7 country taking doses from COVAX, which was designed as a vehicle for wealthier nations to help low and middle-income nations get access to COVID-19 vaccines. Prime Minister Justin Trudeau has defended the practice, saying COVAX was designed as a way to both buy and share doses and Canada is doing nothing wrong.

Dhalla said in an ideal world vaccinations would happen equally everywhere, but he said practically that was never going to happen.

"We know that high-income countries are going to vaccinate more quickly than low-income countries," he said. "But it is unconscionable to then not use the vaccine that we have. Either we use it, or we send it to places where it can be used and we need to do that now."

"When they first decided to do it there was an immediate reaction from all sorts of sources," he said. "It didn't make sense then and it's case closed now."

Dr. Alan Bernstein, the president of the global research organization CIFAR and a member of Canada's national vaccine task force, said it might make practical sense to wait until the second-dose question is answered by the U.K. study.

"I think that we wouldn't want to be caught with having given away doses (if) we ultimately will regret that literally two or three weeks later," he said.

But Bernstein said as soon as that data comes in, the decision must be made, and then if we aren't using the doses, they need to be given back to COVAX immediately.

What is COVAX? Not necessary

What is COVAX? Not necessary info?