Enbridge and Michigan to keep talking in Line 5 standoff 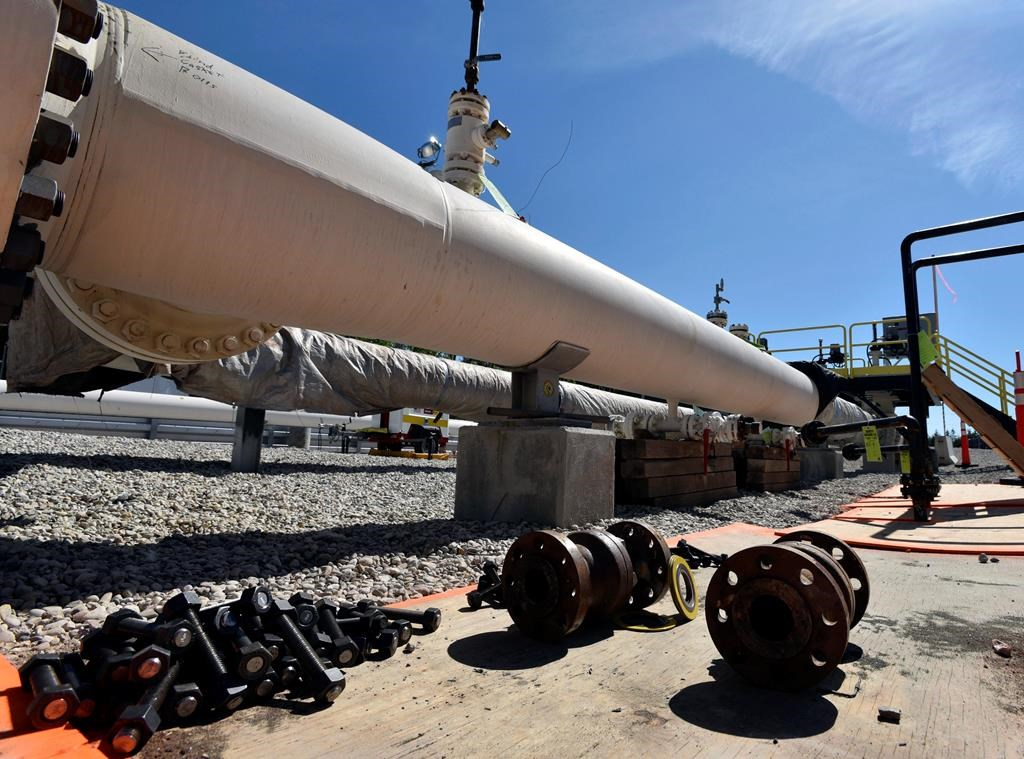 In this June 2017 file photo, fresh fittings are ready to be added to the east leg of the Line 5 pipeline near St. Ignace, Mich. Photo by Dale G. Young / Detroit News
Previous story

WASHINGTON — The mediator in the dispute between Enbridge Inc. and the state of Michigan over the controversial Line 5 pipeline says the two sides plan to keep talking.

Retired U.S. district court judge Gerald Rosen, who was appointed in March to oversee the talks, says the parties discussed a “range of issues” when they met Tuesday.

Rosen's three-sentence report filed with the federal court in Michigan says the talks will continue and both sides anticipate further sessions together.

Rosen's report offers no details as to when the next meeting will take place or how long the talks are likely to continue.

But it suggests the pipeline, which proponents insist is a vital energy conduit for much of the U.S. Midwest as well as Ontario and Quebec, will remain in operation for the time being.

Michigan Gov. Gretchen Whitmer originally wanted the line shut down by May 12 to prevent an ecological disaster in the Straits of Mackinac, where the cross-border pipeline crosses the Great Lakes.

“The parties and I are continuing discussions and we anticipate further sessions together,” Rosen writes in the document filed Wednesday.

“I will report further to the court after my next session with the parties.”

The federal government in Ottawa joined the legal fray last week with an amicus brief that argued a shutdown would deal a “massive and potentially permanent” blow to Canada's economy and energy security, as well as risk lasting damage to relations with the United States.

Retired U.S. district court judge Gerald Rosen, who was appointed in March to oversee the talks, says: “The parties and I are continuing discussions and we anticipate further sessions together.” #Line5 #Enbridge #Michigan #Pipeline

If allowed to stand, Michigan's “unilateral action” would foster doubt about any foreign-policy commitments the U.S. might choose to make if any one state can so easily undermine them, the brief said.

Calgary-based Enbridge has said it plans to continue to operate the pipeline in the absence of a court order, which it doesn't consider likely.

The dispute first erupted in November when Whitmer abruptly revoked the easement that had allowed Line 5 to operate since 1953.

Enbridge insists the pipeline is safe and has already received the state's approval for a $500-million tunnel beneath the straits that would house the line's twin pipes and protect them from anchor strikes.

Advocates for keeping the pipeline operating, including Natural Resources Minister Seamus O'Regan, say Line 5 delivers more than half the propane and home heating oil consumed in Michigan, and is a vital source of energy for Ohio and Pennsylvania as well, to say nothing of Ontario and Quebec.

Doing away with it would lead to a massive increase in the number of tanker trucks and oil cars on North American highways and railroads, increasing greenhouse gas emissions as well as the risk of a spill.

Not everyone in Canada, however, opposes Whitmer's efforts. A number of Indigenous groups in Ontario support a shutdown, as does Green Party Leader Annamie Paul.

And Michiganders themselves remember well an Enbridge spill in 2010 that dumped more than 3.3 million litres of diluted bitumen into the Kalamazoo River, fouling more than 40 kilometres of shoreline.

Sarah Hubbard, a legislative expert in Michigan with lobbying firm Acuitas LLC, told a Wilson Center panel last week that Whitmer — who faces a re-election campaign next year — finds herself trying to satisfy two of the constituencies who got her elected in 2018: organized labour and environmentalists.

“That's where I see it right now — you've got these two major factions that are her supporters really fighting with each other over this,” Hubbard said.

“She's trying to figure out how to thread the needle.”

This report by The Canadian Press was first published May 19, 2021.