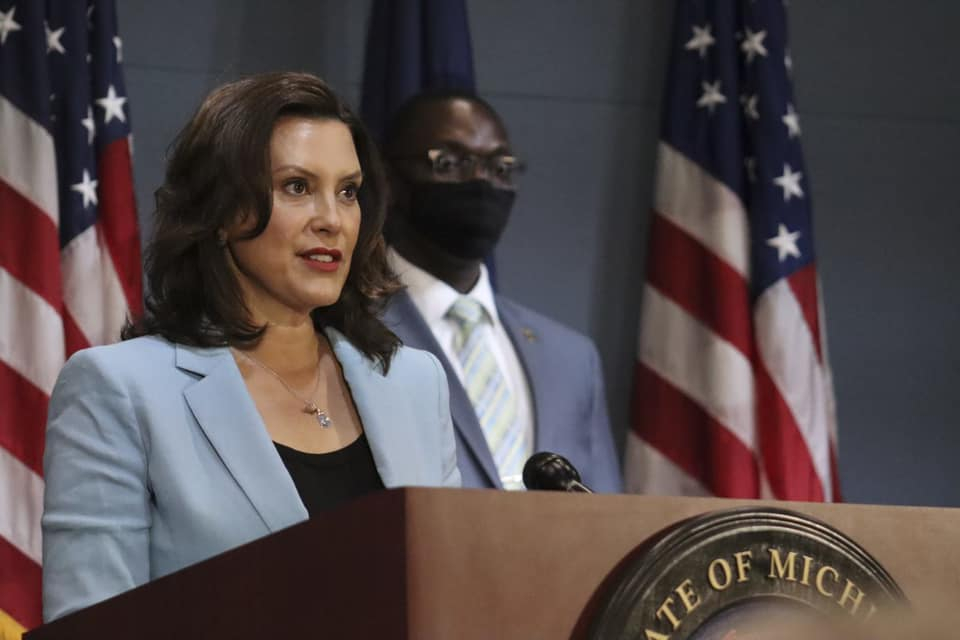 Michigan Gov. Gretchen Whitmer has threatened to seize Enbridge’s profits from Line 5 if the energy company fails to shut down the pipeline by the state’s Wednesday night deadline.

In November, Whitmer ordered Enbridge to take the pipeline offline by May 12, citing fears that it could leak into the Great Lakes. The company, which is currently in court-ordered mediation with Michigan, has said it will keep running Line 5.

“Please be advised that Enbridge’s continued operation of the Straits Pipelines after May 12, 2021 is at its own risk,” Whitmer wrote in a warning letter to the company sent Tuesday, which says Enbridge is “on notice.”

“If the state prevails in the underlying litigation, Enbridge will face the prospect of having to disgorge to the state all profits it derives from its wrongful use of the easement lands following that date.”

Michigan and Enbridge are currently sparring over the pipeline’s fate in state and U.S. federal courts. If Whitmer prevails, the state will pursue trespass and unjust enrichment claims in court, which could result in the company having to forfeit profits from its use of Line 5 after May 12, the letter said.

That could amount to $1.8 million per day, the amount Enbridge has argued in court filings it could lose if the pipeline is shut down.

“The state is confident it will ultimately prevail,” Whitmer said in the letter.

In a statement Wednesday, Calgary-based Enbridge gave no sign it intends to back down.

“Enbridge has a responsibility to the people of Michigan and the Great Lakes region, and will continue to operate Line 5 safely, reliably and affordably to fuel the region's economies,” said the company's executive vice-president and president of liquids pipelines, Vern Yu.

Line 5, which was built in 1953, delivers oil from Western Canada to refineries in Sarnia, Ont., running across Wisconsin and Michigan. On its way, its twin pipes lie exposed on the bottom of the Straits of Mackinac, a channel of choppy waters that connects Lake Huron and Lake Michigan.

The straits are a popular shipping lane, and the pipes were dented by an anchor in 2018. Line 5 has not leaked into the Great Lakes, but it has spilled crude oil and natural gas elsewhere along its route. A 2018 study by Michigan Tech showed that a spill in the straits could affect hundreds of kilometres of shoreline and dozens of species.

Michigan Gov. Gretchen Whitmer has threatened to seize Enbridge’s profits from #Line5 if the energy company fails to shut down the pipeline by the May 12 deadline. #cdnpoli

Another Enbridge pipeline caused a massive spill into the Kalamazoo River in 2010.

Enbridge argues Line 5 is safe, and is seeking to build a tunnel under the straits to house the pipeline. Whitmer has said she believes the line poses an “unacceptable risk of a catastrophic oil spill” and has called it a “ticking time-bomb.”

Whitmer’s decision to pull the pipeline’s authorization has been backed by a dozen Native American tribes and the Anishinabek Nation, which represents 39 First Nations based in Ontario. The nations say Line 5 endangers their right to hunt, fish and gather, which they say was a condition of an 1836 treaty covering the area.

Canada also waded into the legal battle over the pipeline’s future Tuesday, filing a brief in U.S federal court siding with Enbridge. In it, Ottawa argued that the pipeline is essential to Canada’s economy and energy security.

Line 5 feeds nearly half of Ontario’s demand for fuel, and sends more on to Quebec refineries via the Line 9 pipeline. In Ontario, the Ford government has said thousands of refinery workers in Sarnia, Ont., could be laid off if the shutdown comes to pass. Companies have made contingency plans to transport products, but a long-term closure of the pipeline could cause logistical difficulties, experts say.

It’s not clear how quickly the disagreement ⁠will be resolved.

It’s unlikely that anything is going to be decided until a judge in either state or U.S. federal court makes a decision, a process that could take several months, said James Coleman, a pipeline law expert and associate professor at Southern Methodist University in Dallas.

“Nothing immediately changes without an order from the court,” Coleman said.

Also at play is the question of whether Canada will invoke a 1977 treaty with the U.S, in which both countries agreed not to interfere with international pipelines like Line 5 without justification.

Though Canada and Enbridge might have a plausible case, it’s unclear how that could actually play out in court, Coleman said.

“Courts have definitely sometimes interpreted treaties in surprising ways,” he said. “And there's been times when people thought that they had an airtight case under the treaty, that the courts have found a way to wiggle out of.”

Attorneys general in Ohio and Louisiana, chambers of commerce from both sides of the border and two trade unions also filed briefs with the court in support of Line 5.

Meanwhile, refinery workers demonstrated at the state’s capitol building in Lansing, Mich. Tuesday, lining the lawn with hard hats representing jobs they said would be lost if Line 5 goes offline.

Most of the fossil fuel

Most of the fossil fuel sector does not provide any or adequate contingency funding to cover its environmental liabilities and routinely walks away from its disasters. It is rare for this heavily subsidized multi-billion dollar sector to provide adequate compensation, leaving the world at large to clean-up its messes.

With this in mind, it provides some justification for Gov. Witmer's threat to seize Enbridge profits. Her arguments stand a decent chance of succeeding at law.

If a single pipeline running

If a single pipeline running through another sovereign jurisdiction carries half the historic oil demand of Ontario and part of Quebec's, then it goes to show just how dependent on fossil fuels we truly are and how large the task will be to electrify the economy.

The Governor seems to be acting in a kneejerk fashion, puzzlingly without acknowledging the plight of their neighbour. But then so is Trudeau and Ford for their equally kneejerk reactionary defence of our vulnerability and addiction, punching yet another hole in Trudeau's very shoddy climate cred. What exactly is the plan here, other than to use the law to maintain the status quo irrespective of environmental and long term economic sustainability?

Build a smart grid north of the border already and wean the most dense part Canada off of oil by 2030. Extend it to the rest of the nation under a genuine National Climate Plan. It's not a hard concept.