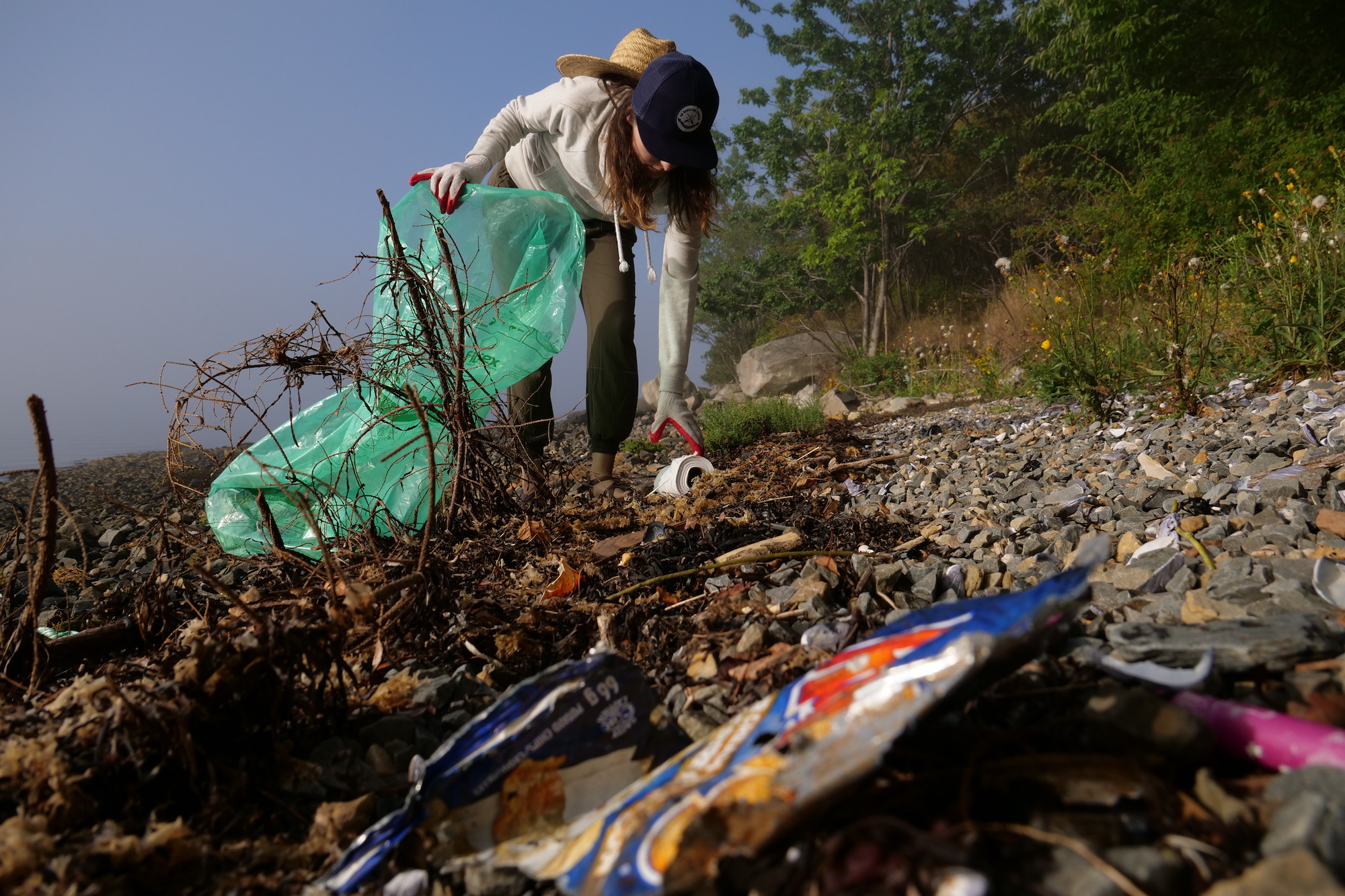 Like climate change or ozone-depleting chemicals, plastic pollution is a global issue, yet there are currently few international tools to regulate it. Photo by Anthony Poulin / Greenpeace
Previous story
Next story

About two-thirds of countries globally — including the U.K. and members of the European Union — and several major food and beverage companies have indicated support for the approach.

Canada has not, despite listing plastic as toxic under its primary environmental law last week.

"About 70 per cent of countries support a treaty, but there are some notable exceptions," said Christina Dixon, deputy oceans campaign lead for the Environmental Investigation Agency, the U.K.-based environmental organization that co-ordinated the letter. "Canada is one of them."

Plastic pollution, like climate change, is a global problem, with millions of tonnes of plastic flowing regularly across international borders as it moves from factories to landfills or into the environment. Yet unlike carbon emissions, ozone-depleting chemicals, and other global environmental problems, plastic pollution has received little attention in terms of international agreements.

That could soon change.

Last November, a UN working group on ocean plastic pollution concluded a two-year assessment of the problem, with results pointing towards a global treaty as a key solution. Building on these findings, several countries were expected to request that the UN start drafting a plastic pollution treaty at a planned February meeting of the UN Environment Assembly (UNEA). That meeting was largely postponed until February 2022 because of the pandemic, halting the treaty-drafting efforts, but Dixon expects it will be on the agenda then.

The delay hasn't caused efforts to create a global treaty for plastic pollution to peter out.

"The (potential) treaty is coming up in a lot of different fora for discussion," including this week's Arctic Council ministerial meeting in Iceland, and the upcoming G7 and G20 meetings, said Dixon. "It's basically a waiting game up until February, but a lot of countries are starting to develop positions on it now."

So far, Canada isn't among them, despite spearheading a voluntary international effort to reduce plastic pollution — the Oceans Plastic Charter — in 2018. While a positive step, Dixon explained that the effort falls short of what is needed to tackle the problem.

"Plastics don't stay put. We know that (Canada's) plastic doesn't stay here, and that a lot of plastics that wash up (in Canada) aren't Canadian plastics. The simplest way to think of it is as a global problem," said @MaxLiboiron.

"We know that voluntary commitments are not going to get the job done. There needs to be some kind of legislative impetus and compliance mechanism where people are required to comply with overarching legislation and have commitments set at the global level that are monitored and reported (on)," she said.

Max Liboiron, a geography professor at Memorial University who is among the letter's signatories as well as an expert on ocean plastic pollution, agreed: "Without written and formalized international co-operation, just 'trying to do better' doesn't meet (environmental) goals."

Canada has a mixed record when it comes to signing on to these kinds of international treaties, they noted, citing the country's past reluctance to join global efforts against climate change under the Harper government, and its hesitation to sign onto the UN Declaration on the Rights of Indigenous Peoples.

Still, plastic might be different. In a Wednesday statement, Moira Kelly, press secretary to Environment Minister Jonathan Wilkinson, said that Canada has been an "active participant" in UNEA's work on plastic and "continue to engage" on the issue.

"In the near term, Minister Wilkinson will...be discussing this pressing issue with his counterparts during the G7 Climate and Environment Ministers' meeting this week," she said.

While Dixon welcomed the statement, she cautioned that it remained unclear if the federal government is pushing for an enforceable and legally binding international treay, or "something less."

Without international co-operation, enforcement, and accountability, it will be near impossible for countries to successfully rein in the global plastics industry — a group that includes the world's most powerful petrochemical and food and beverage companies.

For instance, a report released this week by the Minderoo Foundation found that 20 petrochemical companies are responsible for over half the single-use plastic waste generated annually. And the problem could get worse: As the world transitions away from fossil fuels, plastic is expected to account for between 45 per cent and 95 per cent of future demand for oil and gas, according to a 2020 report by the Carbon Tracker Institute.

Researchers agree that reducing the amount of new plastic we produce is essential to ending the crisis, Liboiron noted. Developing standards that make recycling easier across regional and international borders, and creating incentives to make recycled plastic economically competitive with plastic made from virgin oil are also key, Dixon said.

The federal government proposed several new rules last fall that would implement similar measures domestically, including a well-publicized ban on some single-use items. But those domestic measures won't be enough to keep our environment plastic-free, Liboiron said.

"Plastics don't stay put. We know that (Canada's) plastic doesn't stay here, and that a lot of plastics that wash up (in Canada) aren't Canadian plastics. The simplest way to think of it is as a global problem," they said.

Editor's Note: This story was updated on May 19, 2021, to include ECCC's statement clarifying Canada's position with regards to an international plastic pollution treaty.