How solitary bees are finding solace on Montreal billboards 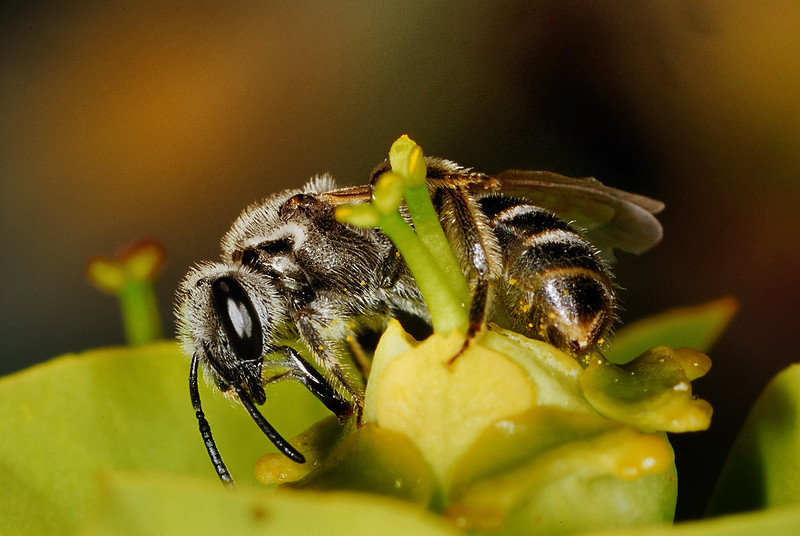 Canada has over 800 species of native bees, the majority of which are solitary nesters. Photo by Glenn Seplak / Flickr (CC BY 2.0)
Previous story
Next story

It was the beginning of COVID-19, and like many others, Antoine Vaillancourt-Dutil wanted to find something meaningful to do.

He’s an account executive at Pattison Outdoor Advertising, a company that owns billboards across Canada. After reading an article about Canada’s dwindling native bee population, he and his company wanted to figure out if there was something they could do to help.

“We quickly realized, 'Wait, we are marketers. We have no idea how we can save the bees,'” he said.

“It's good intention. But we have no idea. We have no expertise. We have no scientific knowledge about this. So that's why we reached out to Université de Montréal to transform this into a scientific project.”

Enter Étienne Normandin-Leclerc, a researcher at the university. He’d long been interested in Montreal’s solitary bees, a species that usually nest individually in hollow stems or holes in a piece of wood.

So, he partnered with the company, and attached nests on top of billboards to encourage the pollinators to lay their eggs where he could easily find them. Silk, the non-dairy milk company, is also involved in the partnership — the nests sit below their advertisements.

Canada has over 800 species of native bees, explains Normandin-Leclerc, the majority of which are solitary nesters and differ from honey and bumblebees, which nest in large colonies. All bees are under threat, he says, with their natural habitats diminishing and pesticide use increasing. This directly threatens our food security, with over 70 of the 100 crop species, which provide 90 per cent of the world’s food, pollinated by bees.

To recreate a natural environment, Normandin-Leclerc and his team made nesting boxes, and attached them to 10 Montreal billboards. Twice over the summer, part of the nests will be taken back to the lab at Université de Montréal, where he works as an entomologist.

He says city bees are more vulnerable to parasites than their country cousins, and they hope to learn more about their health by examining their habitats.

“In Montreal, we've been experiencing urban sprawl … we need to study seriously how this urban sprawl will affect the wild bees in the future,” says university researcher Étienne Normandin-Leclerc. #Bees #UrbanBees

The advertising company will be removing the nests (which Normandin-Leclerc says they’re currently training to learn how to do) and then transporting them to the university. Not only will the nests provide safe habitats for the bees, but they’ll also help provide more data about solitary bees in Montreal.

“We will sample one cell of that straw, because you have several cells in one straw. You can have two or three or even 12 cells in a straw. We will take one and breed it to the end,” he said.

“So that's how we actually measure the amount of species we have that are interested to nest in those nests and their level of parasitism.”

It’s the beginning stages of what Normandin-Leclerc hopes to see grow into a larger project. He has been studying solitary bees since he did his master's, and says monitoring the population in Montreal is a relatively new endeavour. He says funding can be hard to find, but that if all goes well with the pilot, next year could see many more nests in the city — which would be welcome news for the bees.

“In Montreal, we've been experiencing urban sprawl … we need to study seriously how this urban sprawl will affect the wild bees in the future,” he said.

Invasion of the ‘frankenbees’: the danger of building a better bee