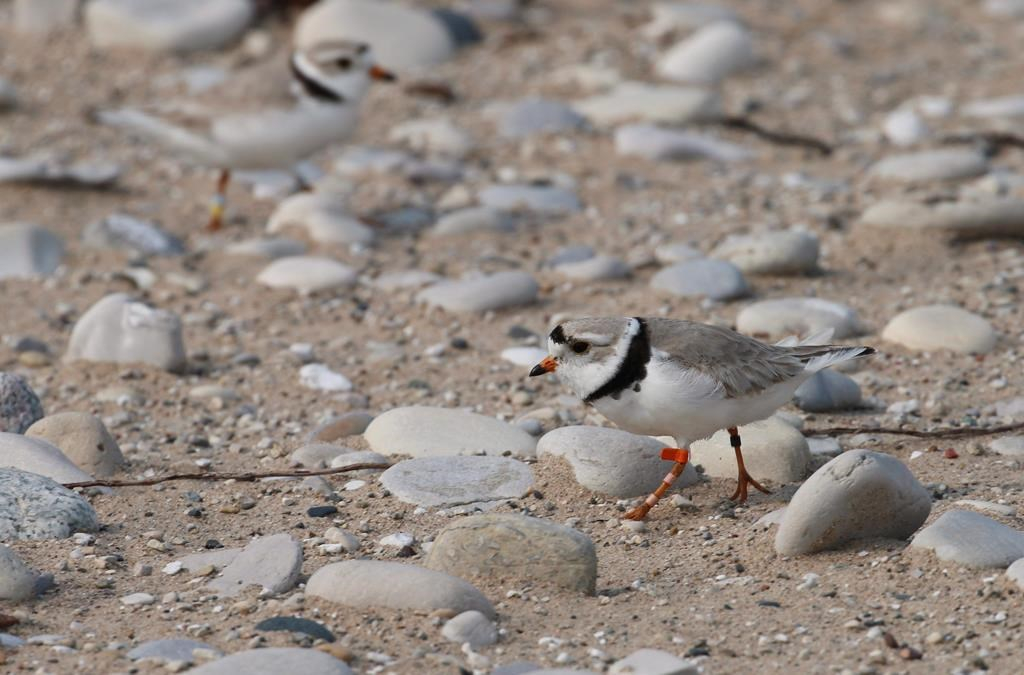 In this May 30, 2019 photo, a piping plover walks on the sand in Glen Haven, Mich. Photo by: The Canadian Press/AP John Flesher
Previous story
Next story

TORONTO — Ontario's top court has decided it will weigh in on the meaning of environmental damage after a town was convicted of harming the habitat of the piping plover on a popular Lake Huron beach.

In its ruling this week, the court agreed to hear an appeal from the Town of South Bruce Peninsula, which had been fined $100,000 for its beach-grooming activities in 2017.

It would be the Court of Appeal's first chance to clarify the relevant part of the Environmental Species Act, Justice Bradley Miller wrote.

"The questions raised by the town are serious and their resolution will make the legislation more determinate and thus capable of providing greater guidance to those subject to it," Miller said. "Its interpretation is a matter of public interest."

The act makes it an offence to damage or destroy the habitat of more than 175 endangered species of plants and animals, including the piping plover, a migratory shorebird. Besides being a popular tourist spot, Sauble Beach is a seasonal nesting home for the plover.

The birds returned to the Lake Huron beach in 2007 after a 30-year absence, in part due to conservation work by the town.

In April 2017, before the annual arrival of the plovers, the town mechanically raked the beach in preparation for the tourist crunch. After the birds had left for the season, the town carried out further beach work after notifying the Ministry of Natural Resources, which did not object.

However, the ministry in 2018 alleged the town had gone too far and had damaged plover habitat. The town was convicted of two related counts and ordered to pay the fine to Birds Canada. Environmentalists hailed the convictions, calling them a "major win" for at-risk species in the province.

A higher court upheld the convictions.

In seeking leave to appeal to the province's top court, the town argued the lower courts had misinterpreted what constitutes "damage" to a species' habitat and the evidence needed to prove it. Essentially, South Bruce said the interpretation had been too broad, and would capture habitat changes with little or no real impact on a species.

In response, the provincial government argued the convictions should stand, saying the act only requires proof of any damage to the habitat, regardless of any harm to a species.

The government also argued an appeal was not essential either to the public interest. Miller disagreed. The act, he noted, affects private and public landowners as well as any member of the public using such lands.

"There are a great many persons who are required to conform their behaviour to the demands of statute," Miller wrote.

This report by The Canadian Press was first published May 21, 2021