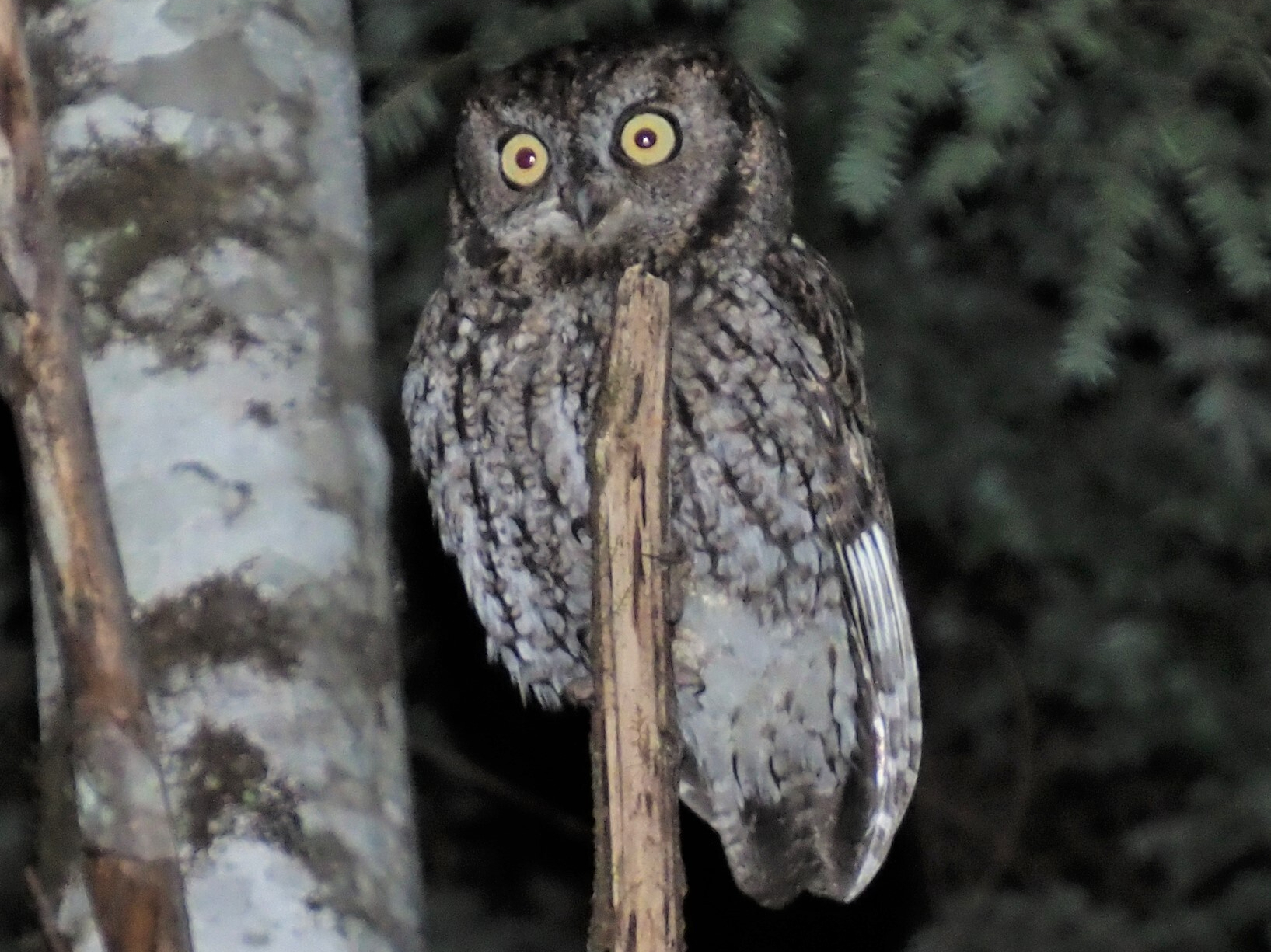 A threatened owl species that nests in old-growth forests has been sighted in the Caycuse area where ongoing logging protests have resulted in nearly two dozen arrests this week.

The western screech owls were discovered by a University of British Columbia professor emeritus, who flagged the sightings to provincial forestry ministry officials earlier this month. Ministry officials in turn alerted Teal-Jones, a logging company holding the licence to cutblocks in the Caycuse Valley.

An email sent by a ministry biologist, and obtained by Canada’s National Observer, states the biologist notified the company the threatened owls were in the area and recommended logging be postponed until after nesting season to avoid violating the B.C. Wildlife Act. The Observer agreed not to identify the biologist, who feared repercussions if they were named.

Provincial forestry officials confirmed Friday they had received the reports of western screech owl sightings and said in a statement that “discussions are happening to clarify the location of the sightings and these areas do not appear to have imminent harvest plans.”

However, in the email, the ministry biologist confirms that one of the sightings in the Caycuse Valley reported by Royann Petrell, the UBC professor emeritus, is located within a planned cutblock where a cutting permit had already been issued.

Petrell, who was out in the field, could not be reached for comment.

The sighting of the rare owls throws another wrench into the already contentious situation in the Caycuse area, where RCMP have arrested activists protesting Teal-Jones' logging operations. Protests in support of the Fairy Creek blockades and calling on the provincial government to end old-growth logging also took place in downtown Victoria Thursday.

On Friday, Green Party MP Paul Manly waded into the controversy, asking the federal government to step in if the province refuses to halt the logging.

Manly called for Minister of Environment and Climate Change Jonathan Wilkinson to enact his authority under the Species at Risk Act to suspend logging activities.

Reports circulating on social media from activists with the Rainforest Flying Squad, the grassroots coalition behind the various Fairy Creek blockades in Teal-Jones’ tree farm licence (TFL) 46 near Port Renfrew, say loggers began cutting trees this morning but stopped when work safety inspectors and RCMP arrived. Teal-Jones did not return calls for comment.

A threatened owl species that nests in old-growth forests has been sighted in the Caycuse area where ongoing logging protests have resulted in nearly two dozen arrests this week. #FairyCreek #OldGrowth

Manly’s call for action comes after seven activists were arrested on Thursday, including Indigenous elders and youth, in the Caycuse area. The RCMP is enforcing an injunction against the Fairy Creek blockades to allow Teal-Jones to continue logging.

Charlotte Dawe, conservation and policy campaigner at the Wilderness Committee, says if the provincial government doesn’t intervene to stop old-growth logging, the federal government should.

“The owls are just another piece of this puzzle and this fight to stop the last of the old-growth logging. And if (B.C. Premier John) Horgan's not going to step up now that the owls are involved, and they're federally protected, there is an option for Minister Wilkinson to step in.

“We have a law in Canada to protect wildlife at risk. A federal order to protect western screech-owl habitat is possible if B.C. fails on habitat protection,” Dawe said in a press release. “Both the B.C. government and Teal-Jones need to take recovery of at-risk wildlife seriously or risk federal intervention.”

In the letter to the minister, dated May 18, Manly highlighted that old-growth forests are not only home to the owls but many other biodiverse species of plants and animals.

“The protection of these endangered old-growth ecosystems falls within the stated goals of Canada’s Nature Legacy. Old-growth forests are bio-diverse and provide ecosystem services both measurable and beyond what can be measured.”

Manly also references recent findings by Wilderness Committee that old-growth logging approvals in B.C. increased by 43 per cent since the province’s landmark commitment to protecting old growth in 2020.

“This is not a situation where logging can continue while we figure out the ecological value of these forests, particularly when we know that old-growth logging approvals in B.C. have nearly doubled over the past year,” Manly said.

“It is incumbent upon the federal government to not just protect the western screech owls but this important and endangered habitat.”