What B.C. needs is a reboot of independent power projects 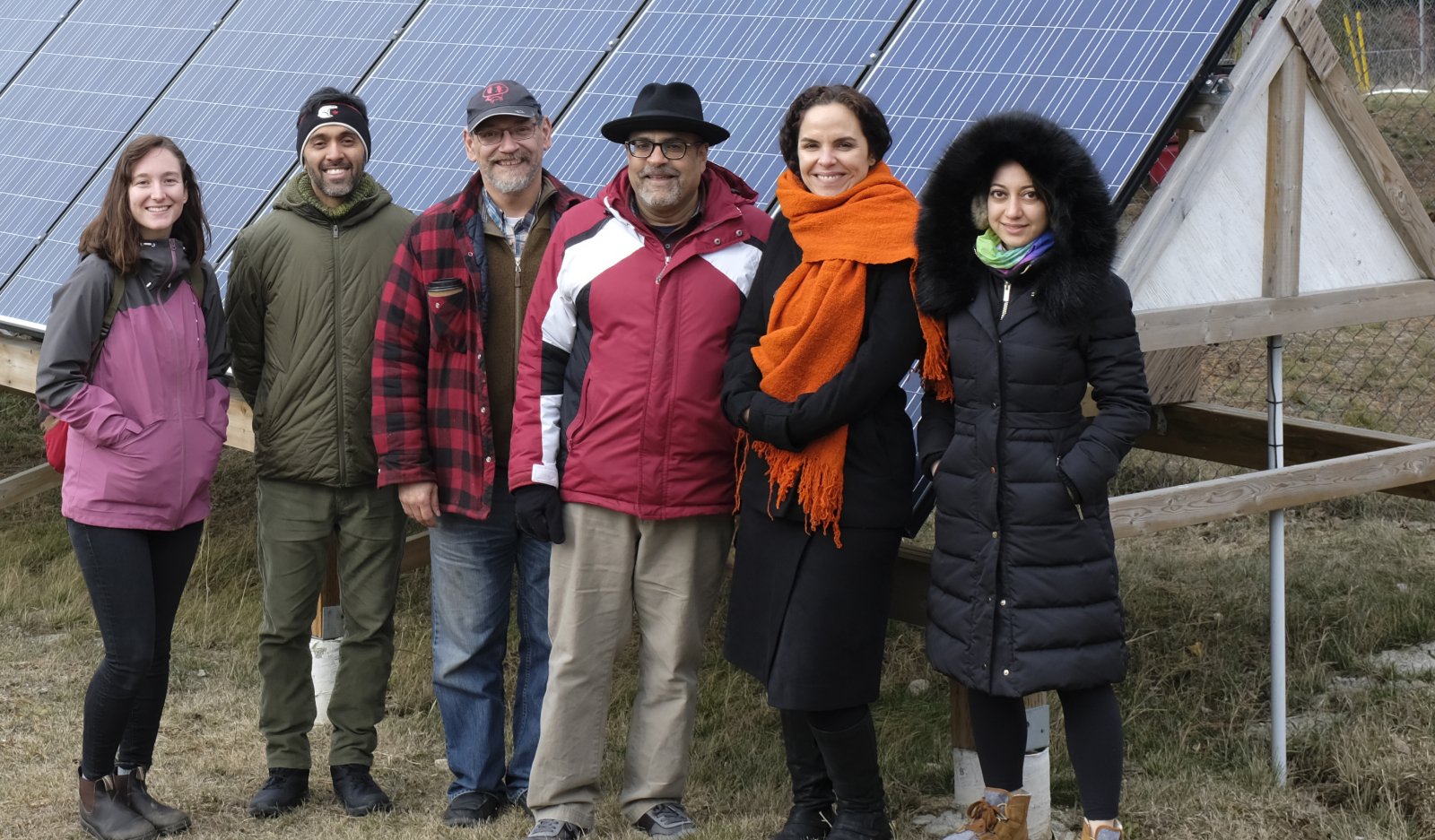 The pre-eminent solution to the climate crisis lies first in greening the power sector, then electrifying everything. An essential part of this clean transition lies in establishing a system of energy procurement that promotes decarbonization while contributing to economic development.

Canada is taking some bold steps on climate. The federal and B.C. governments have announced climate action plans (here and here) that will take effect over the next 30 years with the goal of reaching net-zero emissions by 2050. The scary news is that even modest adoption scenarios require the scale of electrification to be massive, and the infrastructure requirements to support these demands have yet to register with governments and citizens alike.

B.C., however, is well positioned to reassess its generation strategy. The province is replete with raw renewable resources. The opportunity to develop power generation assets for both domestic and export markets is significant. Yet, there is a lack of a reliable long-term development plan to support a carbon transition.

In Working Paper No. 1, CERG estimated the contentious Site C Clean Energy Project would only account for a mere 10 per cent of the province’s future energy demand driven by electrification and demographic shifts. It’s unknown how new demand will be met. Since 2017, BC Hydro’s primary mechanism for signing Independent Power Projects (IPPs), the Standing Offer Program, has been suspended — due in part to a scathing review of the program’s cost to ratepayers. The committed development of the Site C facility, despite significant cost overruns, has helped maintain the province’s IPP inertia.

Nearly two years after the province’s IPP program stalled, B.C. made its clean energy ambitions clear with the 2019 Zero-Emissions Vehicle Act. The act, partly driven by a series of dire warnings by global climate studies published in late 2018, mandates that light-duty electric vehicles consist of 10 per cent of zero-emission vehicle sales by 2025, 30 per cent by 2030 and 100 per cent by 2040. To help meet these targets, the government has planned a substantial increase in charging stations to address consumers’ concerns about the distance limit of electric vehicles. The overarching question is: Where is the additional power needed for this transformation going to come from?

Working Paper No. 5 from CERG suggests a reboot of the IPP program that avoids past pitfalls by drawing upon partial provincial successes from before its suspension, and looking to the successes of Quebec and Norway in IPP regulation. B.C., Quebec and Norway all rely on some form of independently generated electricity that is then sold to their grids. All three have also prioritized clean energy to address the climate crisis and have used IPPs to promote renewable energy over fossil fuels. The paper explores how pre-planning support, resource licensing, grid access and calls for tender can be regulated to promote diversification of supply, with reference to all three cases’ experiences.

The looming, huge power deficit in the coming decades can be fertile grounds for advancing reconciliation by provisioning First Nations, often the title owners of raw renewable resources, to become economic engines for their own communities by developing local power resources that enable them to compete in a free market for electricity. Indeed, the report finds that the relative success of Quebec and Norway lies in increasing both their renewable capacity and the diversity of that capacity, along with the value of municipal energy ownership. Bringing renewables with different peak production times online helps to fill in production gaps and effectively resolve the problem of intermittency inherent in most single forms of renewable energies.

The opportunity for an extensive IPP renewable boom in B.C. exists partly because the connected West Coast grid allows the sale of electricity to the United States at premium pricing during their summer demand peak for cooling. California simply does not have adequate in-state capacity to provide adequate clean energy, as we see from the current rolling blackouts there. This presents a significant investment opportunity for IPP storage and generation of electricity here in B.C. The return on investment would ensure ratepayers in B.C. will continue to pay the lowest global electricity pricing for decades to come.

The scary news about decarbonizing the economy is the scale of electrification and infrastructure requirements that have yet to register with governments and citizens alike, write Luke Faulks and @realandyhira. #CleanTech #NetZero #ClimateChange

By adopting a more open system of bids and transmission access, while placing protections on waterways for public entities, the province can push the private sector towards the innovative development of non-hydroelectric resources. A better thought-out regulatory system can also promote remote communities’ economic development and Indigenous reconciliation through a more purposeful embrace of local utilities.

A great IPP reboot could lead to a more inclusive green jobs economy for B.C. We just have to ensure and regulate a fair access and fair cost-base playing field to trigger the game.

Anil (Andy) Hira is a professor of political science at Simon Fraser University and the director of the Clean Energy Research Group.

By Jillian Ambrose | News | May 14th 2021
Race Against Climate Change

I'm of two minds about this.

I'm of two minds about this. I'm fine with municipalities and first nations doing energy projects with a view to both relative energy self-sufficiency and getting revenue from the province. But then the article starts talking about "push the private sector towards the innovative development" blah blah blah. When people start talking about unleashing the innovation of the private sector, whether they realize it or not they're generally using code words that mean "scam".

This is a timely article. It

This is a timely article. It shines a million watt spotlight on the stratospheric possibilities in BC to up the ante on renewables and reconciliation.

The key barrier to expanding BC’s solar and wind capability (not to mention geothermal and tidal) is BC Hydro’s policy of not currently paying independents enough to cover their costs, or to be more than marginally profitable. This is likely the result of paying independent hydro producers too much, as well as giving them control over public streams and locking ratepayers into big, expensive contracts. That must change and a middle ground zone of comfort between past contracts and potential future feed-in tariff rates needs to be sought, if not within the corporation, then through government mandate. Scaling up renewables to exceed a certain critical mass will have tremendous price affordability advantages down the line for local and interprovincial consumers, not just in additional revenue with occasional exports to the US.

Another barrier is the cost of infrastructure. Solar photovoltaic panels are not created equal. Some have cells with diodes that allow the cell to generate differential power in relation to partial shade and light. Others cut out entirely if only a part of a cell is shaded, like those annoying cheap Christmas lights that knock out the entire string when only one bulb quits. Much has been said about the cheaper PV panels made in China, but there is evidence now that unpaid Uyghur workers are used virtually as captive slave labour in some solar panel factories in northern China. With trade and increasing discomfiture with Chinese so-called diplomacy and industrial espionage, today one has to question and research the source conditions of the manufacture of cheap solar panels.

Taking into account these challenges, the potential remains massive here in BC where Fist Nations and agricultural lands present an ideal loci for solar and wind power. One of the biggest opportunities exists in something called ‘agrivoltaics,’ essentially elevated solar panel arrays set a few metres above crops, perhaps with a larger gap between panel rows to allow a good percentage of direct sunlight to still reach the ground. Plant species have a large photoperiod differential (light requirements for optimum growth) between them. Many common crops are susceptible to heat and water stress as the result of climate-induced drought conditions. Partial shade allows common species to perform better and many additional species to thrive while conserving water. This model will no doubt allow farmers to also benefit from regenerative agricultural practices which already have a proven return in soil health and higher yields and can help convert agriculture into on of the most important carbon sinks on the planet with the use of C-fixing cover crops. Additional income from solar energy sales to BC Hydro will certainly be a welcome enhancement to the economically onerous occupation of farming.

A humourous take on agrivoltaics by Dave Borlace and his well researched “Just Have A Think” series:

Farmers and scientists on this topic:

An elevated rack holding solar panels aloft could be wide enough to carry three, 100-watt panels vertically and 100 horizontally for every 100 metre row. Even with an eight metre gap between rows of elevated PV panels, a farmer can still peak out at 270,000 watts per hectare when the sun shines. Narrowing the gap to a still generous six metres, the peak will be 330,000 watts. A four metre gap would yield 429,000 watts per hectare at its peak. Three metres would ring in at a decent 500,000 watts, which works out to 2,000 kilowatt hours over the peak four hours on a sunny day.

On the BC Coast, solar is 50% efficient in the rainy winter (source: published YVR observed use with its rooftop panels), but in the sunnier Interior the rate would be higher. In summer, the panels are 95+% efficient everywhere the sun shines in the province, and north of 50 degrees latitude the sun shines longer during growing season days. The solar array could cover between 35 and 65 per cent of the total cultivated ground area, but because the sun moves across the sky, so does its shadows which affords some temporary direct sunlight onto the majority of the ground crops during the growing season, depending on the size of the gap between PV panel rows.

Imagine how much land can be offered for solar (and wind) between First Nations and farmers in BC. Agrivoltaics won’t violate the conditions imposed by the Agricultural Land Commission and may, in fact, increase crop diversity and open up additional marginal land for farming (even on moderate slopes) with shade and semi-shade tolerant food crops using soil-building regenerative techniques and conservation-based drip irrigation measures.

The article also touched on the essential reconciliation with Indigenous communities. Renewable energy is certainly a powerful tool to assist in that process, as has urban development in partnership with the federal Canada Lands Company on public lands in Vancouver and Calgary. It can be justifiably argued that renewables, urban project partnerships and agrivoltaics will provide significant benefits to Indigenous communities.

This principle could also be applied to full Indigenous participation in the rebuilding of the Esquimalt and Nanaimo Railway into a full-service, modern electrified intercity rail asset on Vancouver Island, and a buy-back program of a portion of the land stolen from First Nations and converted into an 8,000 square kilometre grant to Robert Dunsmuir in the late 1800s. It would be essential to make direct rail connections to the major BC Ferries terminals and tap the captive market of millions of ferry passengers. The opportunities that would arise would no doubt include extensive employment, training, lease and sustainable rail transit-based urban development (i.e. not sprawling subdivisions) partnership benefits for Island First Nations who first experienced the ENR as a sword that divided their communities. Throw in solar + regenerative agriculture, and perhaps sustainable forest land trusts, and you have a very dynamic plan that could turn a sword into a plowshare.