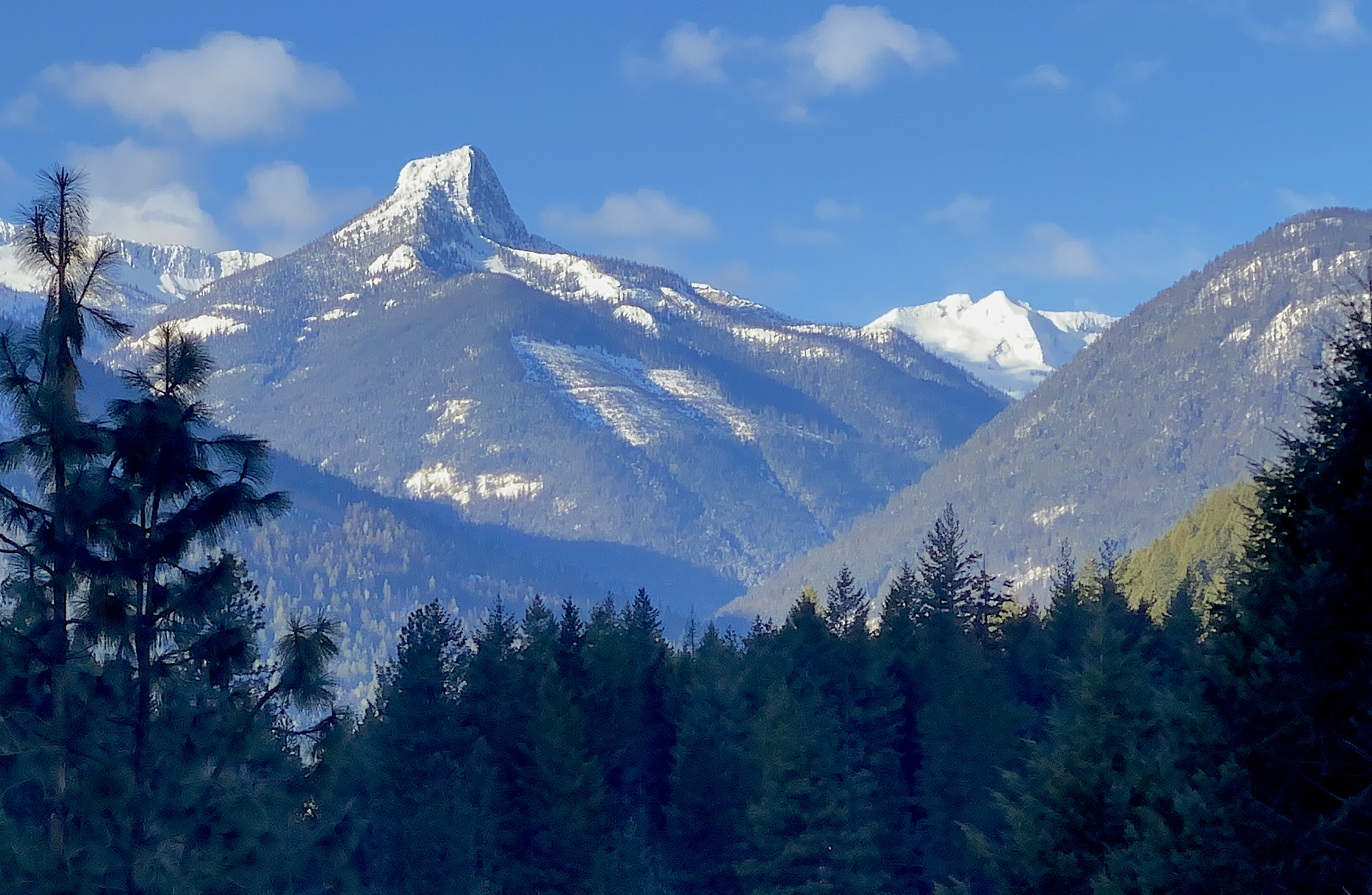 Frog Mountain, a distinct peak in the Slocan Valley, has become an iconic landmark in the assertion of Sinixt identity. This mountain is the manifestation of an ancient legend of Sinixt survival. Photo by Ali Kazimi
Previous story
Next story

It may come as a shock to many that a people can be declared extinct in Canada. But this is precisely what happened to the Arrow Lakes people who, rejecting this colonial name, refer to themselves as the Sinixt. In 1956, an order-in-council was passed by the government of Canada declaring the Arrow Lakes Band to be extinct under the Indian Act.

The international border between Canada and the United States partitions the traditional territory of the Sinixt, most of which lies in the southeast interior of British Columbia with only a small percentage of their land in Washington state on the American side. After first contact with European settlers in 1811, the Sinixt were gradually dispossessed of their land, pushed south of the international border and forced to seek refuge in the U.S. They were amalgamated by the U.S. government with 10 other tribes and settled on the Colville Confederated Tribes reservation. Today, the majority of the Sinixt live in the United States, where they are a federally recognized tribe known as the Lakes.

In 1995, Ron Irwin, then minister of Indian affairs, acknowledged that the Arrow Lakes people, while declared extinct for the purposes of the Indian Act, continue to exist as a tribal group in Canada. He acknowledged this in a letter sent to the members of the Autonomous Sinixt, who have been struggling for federal recognition in Canada since 1989, when they successfully stopped the development of an ancient village site and burial ground in Vallican in B.C.’s Slocan Valley. The “autonomous” in Autonomous Sinixt asserts that they are self-governing and do not fall under the colonial institutions of First Nations band councils in Canada or tribal business councils in the U.S. While these bodies only have jurisdiction over their reserves or reservations, the Autonomous Sinixt, living in their territory in B.C., continue their traditional practices and protect their land.

As a filmmaker, I first heard about the Sinixt story in 1993 when Robert Watt, a Sinixt man, was appointed caretaker of an ancient village site, thousands of years old, in Vallican. Watt was there because Sinixt matriarch Eva Orr had urged young Sinixt from the Colville Reservation in the U.S. to head north to protect the remains of the ancestors.

Canadian immigration authorities considered Watt an American and refused to accept him as an Indigenous person because his people were supposedly extinct. The case, Watt v. Liebelt (1998), went all the way to Canada’s Federal Court of Appeal, garnering considerable media attention and making Indigenous communities across North America aware of the Sinixt predicament. The question then before the court was, “does an Indigenous person, who is an American citizen, have the right to cross the Canadian border to access their traditional territory?” It was a mobility rights argument in an Indigenous law context anchored in the Constitution Act of 1982. It challenged Canada’s right to use an international border as a means by which to extinguish Indigenous rights to traverse traditional territories to carry out traditional practices. The Autonomous Sinixt saw this as a test case that would ultimately go before the Supreme Court. It was a backdoor strategy to seek recognition; if successful, this would get a foot in the door, and then other issues related to hunting, fishing, land title and more could be argued later.

The mobility rights case dragged on for over a decade; the Autonomous Sinixt, even with the support of some in the settler community, did not have the significant resources needed to mount a constitutional challenge at the Supreme Court. In 2010, they tried another backdoor approach, this time based in environmental law, by attempting to block logging on a culturally and ecologically sensitive area. They lost that case, Campbell v. British Columbia (Forest and Range), and were ordered to pay significant court fees, effectively bringing to a halt their attempts to seek recognition via the courts.

In 2010, Richard Desautel, a Sinixt member of the Colville Confederated Tribes reservation in the United States, crossed the border into British Columbia, shot a cow-elk and presented himself to wildlife officials claiming he had exercised his Aboriginal right to hunt in his traditional territory. His actions were deliberate; backed by the Colville Confederated Tribes Business Council, his lawyers fought this test case all the way to the Supreme Court in R. v. Desautel, which was just decided last month. Hunting rights became the focus of the Desautel case; the mobility right, unlike in the Watt case, became incidental.

The Supreme Court of Canada’s landmark decision in the Desautel case does not, however, deal with the question of the extinction of the Sinixt in Canada. Though the headlines in Canada and around the world claim the country has finally recognized the Sinixt are no longer extinct, this assertion is not accurate.

In the Desautel case, the Supreme Court had to decide if Desautel — a non-citizen and a non-resident — could claim Aboriginal rights as enshrined in the Constitution. In a precedent-setting decision, the court ruled in the affirmative.

The Desautel ruling has far-reaching ramifications for many Indigenous groups, as well as the Métis and Inuit, whose traditional territories straddle the U.S.-Canada border. However, we now have a Kafkaesque situation. Members of the Lakes Tribe, who have been long recognized by the U.S. government, now have a constitutional right to hunt in Sinixt traditional territory in Canada. But the Autonomous Sinixt in Canada cannot exercise the same constitutional Aboriginal right because they were declared extinct under the Indian Act and continue to remain so to this day. The ruling does not mean that Indigenous Peoples who have trans-border territories can freely cross the U.S.-Canada borders, only that they can hunt as long as Canadian immigration officers let them into the country.

A landmark court case last month affirmed the rights of Indigenous Peoples with trans-border territories. It does not, however, deal with the question of the extinction of the Sinixt people in Canada, writes @a_kazimi #SinixtNation #AutonomousSinixt

The Autonomous Sinixt, who brought the issue of legislated extinction to the world through their more than three-decade-long struggle, have now largely been ignored by the media. In conclusion, however, the Desautel case is good news for the Autonomous Sinixt since it acknowledges the complexity of contemporary Sinixt presence.

When I interviewed Orr, the Sinixt matriarch, in 1995, she was 85 years old, and she gave me a wonderful gift: the ancient survival story of the Sinixt, the legend of Frog Mountain, which she narrated in the Sinixt dialect sn-səlxcin. Today, led by matriarch Marilyn James, the Autonomous Sinixt continue their struggle for recognition and pursue their cultural resurgence and language revitalization in their tumxʷulaʔxʷ, their land, guided by spirit of the late matriarch Eva Orr.

Ali Kazimi is an award-winning filmmaker, media artist and author.