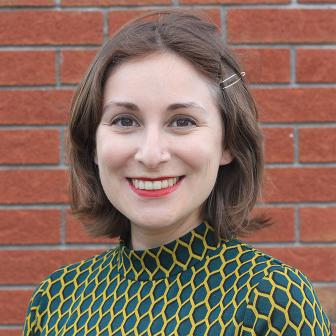 There has been a lot of talk lately about fossil fuel subsidies in Canada — and a lot of confusion. There have been different estimates thrown around regarding how many exist in Canada, and some elected officials and business leaders have questioned what the definition of a subsidy is — or even if there are any in Canada (spoiler: there are a lot).

On May 18, the International Energy Agency released a major report modelling a pathway to a net-zero emissions economy. The report makes it crystal clear that government investment in new fossil fuel production must end this year if the world is to meet its climate targets. Time and again, public funds for fossil fuels have been shown to be a poor use of money, locking us into polluting industries and impeding the climate action we so urgently need.

Here, we break down the most important facts you need to know about fossil fuel subsidies in Canada.

Aren’t there different definitions of ‘subsidy’?

It’s common in Canada to hear people ask about subsidy definitions. These debates can distract from the reality that governments support fossil fuels in different ways.

To put it simply, a subsidy is a financial benefit given by a government to a specific industry or sector — in this case, for fossil fuel production and consumption. Most commonly, subsidies take the form of direct spending such as grants, or tax and royalty breaks. But they can also take other less obvious forms, such as when a government takes on risk for loans a government has provided through public finance, or for loan guarantees, equity, insurance and more.

Royalty-related subsidies are some of the largest subsidies in Canada, reducing the amounts that oil and gas companies pay to governments for mining natural resources — money that is meant to provide benefits to residents by funding services in areas such as health and education.

Because data on subsidies is limited, the broader term ”support” is sometimes used to capture a fuller picture of what governments put towards fossil fuels. The full social, environmental and economic costs linked to this support are called externalities. In this case, externalities include the “hidden” costs of fossil fuel use, such as health impacts, air pollution, environmental damage and more. The costs are staggering.

When public finance and other measures are factored in, total federal fossil fuel support in Canada was around $18 billion in 2020, writes @vcorkal of @IISD_news #ClimateAction #cdnpoli #FossilFuelSubsidies

Ultimately, subsidies make it cheaper for the recipient to either produce or consume fossil fuels — in other words, cheaper to pollute. Money put towards fossil fuels works against positive policies like carbon pricing that aim to put a price on pollution.

Knowing how many subsidies exist in Canada is very tricky. The main reason is a lack of transparency from federal and provincial governments. Attempts to get full estimates, such as through access-to-information requests, have been unsuccessful, even for the eight tax subsidies Canada has already started phasing out. This is partly why estimates can vary.

Federally, subsidies have increased during COVID-19 as governments have increased spending — including to polluting sectors. The International Institute for Sustainable Development estimates that Canada provided nearly $2 billion in subsidies in 2020 — but that’s a conservative estimate given how much data is missing on tax subsidies, carbon pricing exemptions, measures linked to the Trans Mountain pipeline, and more.

Provincially, we know that subsidies are highest in fossil fuel-producing provinces: nearly $1 billion in B.C. and $2 billion in Alberta, according to recent studies using international definitions. Adding up the data that is available for provincial and federal fossil fuel subsidies shows a total of over $4.8 billion per year across Canada pre-pandemic.

So what’s the deal with public finance?

Here’s where Canada is an especially poor performer. Canada provides the highest amount of support for oil and gas production out of all G20 OECD countries, the vast majority through public finance. Export Development Canada (EDC) alone provides an average of $13.3 billion per year in public finance for fossil fuels. Public finance for fossil fuels is also provided through other federal and provincial agencies, such as the Business Development Bank of Canada.

When public finance and other measures are factored in, total federal fossil fuel support in Canada was around $18 billion in 2020.

The IEA, UN Secretary General Antonio Guterres, and other experts and world leaders have urged countries multiple times to end fossil fuel subsidies and public finance for fossil fuels. Jurisdictions such as the U.K., Sweden and France are already taking steps on public finance — it is time for Canada to act as well.

How can money that helps companies reduce emissions be a bad thing?

Some subsidies might come with some positive impacts, such as helping to reduce emissions in the oil and gas sector, or cleaning up inactive wells.

But just because a subsidy provides a social or environmental benefit does not necessarily make it smart or fiscally responsible public policy.

Money given to fossil fuel producers to reduce emissions ultimately lowers their cost of doing business and can serve as an incentive for ongoing production. Emissions reductions could be achieved instead through smart policy tools, like carbon pricing and stronger regulation. Similarly, subsidies for diesel or natural gas consumption, including in remote communities, can lock in polluting infrastructure for decades. These subsidies make fossil fuels appear artificially cheap, even as the cost of renewables is rapidly falling.

Transparency and scrutiny on all subsidies are needed from governments. The public deserves to know whether other policies could deliver the same benefits these types of subsidies claim to support. It is vital that governments put “green strings” on funding and only keep subsidies in place if there are no other viable alternatives to achieve the same policy goals.

We need to keep focus on our long-term goal to reduce emissions to net-zero by 2050 and limit global warming to 1.5 C. Achieving this will only be possible with ambitious short-term action. This includes phasing out fossil fuel subsidies in a way that supports low-carbon job creation and improves energy security, especially in remote communities. Canada has committed to eliminating inefficient fossil fuel subsidies by 2025. The window for a green recovery is narrowing, and the path to net zero demands smart economic choices that support workers and communities in a climate-safe future. Support and subsidies for fossil fuels hold us back.

As the article notes at the

As the article notes at the end, the government's commitment is to phasing out "inefficient" subsidies. A few years ago it produced a detailed report which concluded -- surprise, surprise -- that none of its subsidies to the fossil fuel industry were inefficient, so there!

Some highlights from a long list:
"Husky asks Ottawa, Newfoundland and Labrador to invest in stalled offshore West White Rose project" (Calgary Herald, 09-Sep-20)
In Sep 2020, Natural Resources Minister Seamus O'Regan announced $320 million in funding for Newfoundland and Labrador's offshore oil industry.
"Ottawa's $320 million in new subsidies for Newfoundland offshore not enough for Husky to restart West White Rose project" (Calgary Herald, Sep 2020)
In Dec 2020, "Husky secured a $41-million handout from Ottawa to complete work on parts of the project."
2021: "Alberta asks federal government to commit $30B to advance carbon capture technologies"
-In Feb 2018, the AB govt announced a $1-billion grant and loan program to build six partial oil upgraders. The Energy Diversification Act (March 2018) earmarked up to $1 billion in incentives to help leverage billions more in private investment to build partial upgraders.
-In 2016 the AB govt agreed to provide $500 million in royalty tax credits to 2 large petrochemical projects in the Industrial Heartland region.
-In March and November 2018, the AB govt invested a total of $2.1 billion (royalty credits, grants, and loan guarantees) in a petrochemical upgrading program to incentivize new energy development and "diversify" AB's oil and gas sectors.
-In April 2018, the AB govt announced more than $2.3 billion in subsidies to AB's oil & gas industry to cut methane emissions.
-In Nov 2018, the AB Govt exempted oil & gas drillers from the provincial carbon levy for clear fuel usage for on-site drilling. The rebates to drillers will total btwn $775,000 and $1.5 million a year.
-In 2018 AB shelled out $1.2 million for an advertising campaign for the TransMountain pipeline expansion project. Including a national robocall survey.
-March 2020: "TC Energy to proceed with Keystone XL pipeline after US$1.1 billion investment from Alberta government" (Edmonton Journal)
-PM Harper spent millions on oilsands advertising in the U.S. and overseas.
-2010: the AB govt paid $25-million for the “Tell It Like It Is” multimedia oilsands promotional campaign including advertisements in London and New York.
"Alberta government to slather Montreal with oil revenue loss ads during premiers meeting" (Edmonton Journal, Dec 6, 2018)
-AB's NDP govt spent more than $23 million in 2018 on its pro-pipeline campaigns.
In May 2019, AB's UCP govt launched a multimedia advertising campaign for TMX. $1.6 million is being spent on the "yes to TMX" campaign in Ottawa alone. More tax dollars will be spent nationally.
In May 2019, AB's UCP govt launched a $1.1 million ad campaign in B.C.: more than 30 billboards around the Lower Mainland, as well as newspaper, radio, and social media ads.
-In May 2018, Ottawa purchased the Trans Mountain pipeline for $4.5 billion, with a promise of $7.4 billion more for its expansion.
-Two new drilling incentive programs in 2016.
"NDP to move ahead with oil and gas incentive programs" (Calgary Herald, July 10, 2016)
-In 2016 Trudeau allocated $1.5 billion for marine oilspill response.
AIMCo (AB’s public pension manager) and AB's Heritage Trust Fund have poured over a billion pension dollars into failing oil & gas companies to keep them afloat:
"Alberta public pension manager loses big in oilpatch investments: analysis"
---------------------------
Not a comprehensive list, but you get the idea.
The public was a stakeholder in the oilsands sector long before Lougheed invested public money in Syncrude. The AB Govt played a key role in the early days of the oilsands industry.
Lougheed created Alberta Energy Co. in 1973 as a public-private vehicle for AB to invest in the Syncrude project. In 1974 Ottawa and Alberta kick-started the industry with a $500-million investment.
VISIBLE fossil fuel subsidies in AB and Canada total billions of dollars.
Every smokestack and tailpipe represents an subsidy. Oil producers and consumers use the sky as a free dump.
AB's oil & gas industry has barely started to fund its clean-up liabilities: north of $260 billion. How much of that will be dumped on taxpayers? Time will tell.

So... The Federal Government

So... The Federal Government spends about $20B of taxpayers money a year on fossil fuel subsidies/support, and they only bring in about $5B a year in taxes (as per the Canadian Energy Centre) - OK, so little/no motive there. Hhmnnn... Still wondering why our Federal Government continues to fund an industry that is destroying the planet and ensuring future generations will have a tough life. Looking for answers...