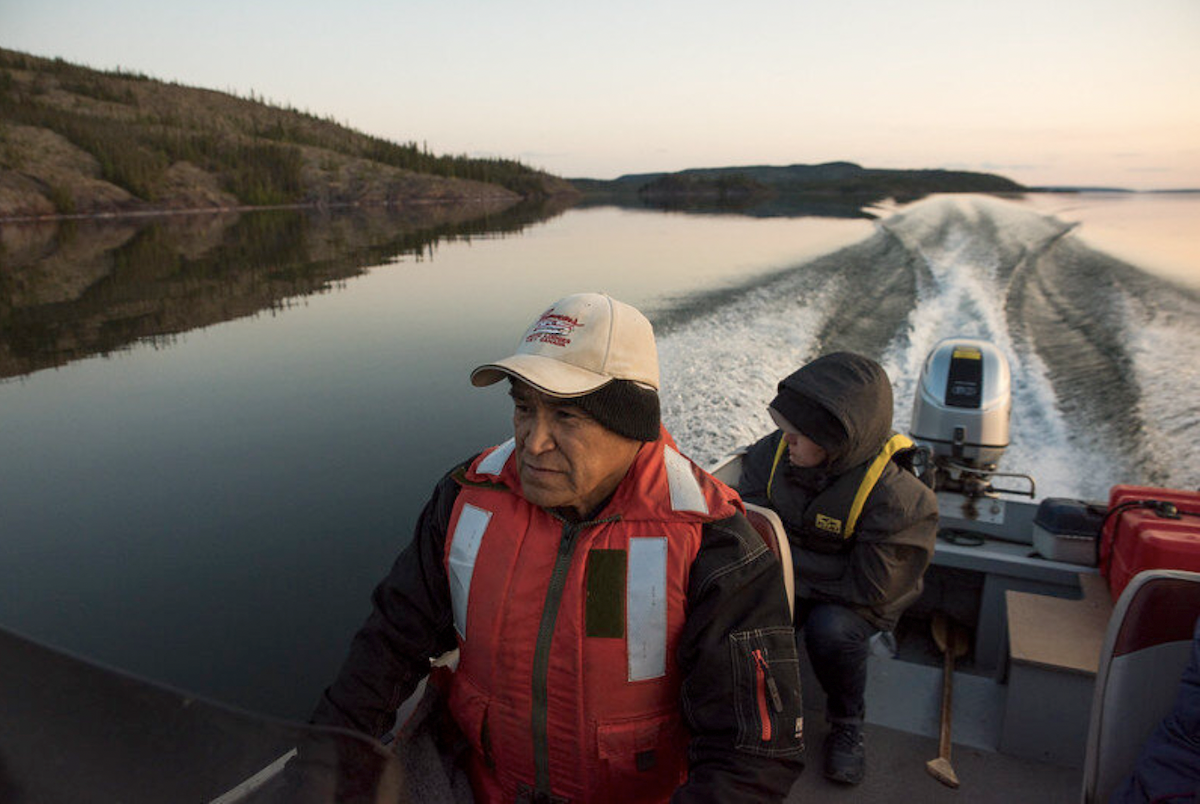 It’s abundantly clear Canada has much to learn from Indigenous Peoples when it comes to conservation and stewardship, said Environment Minister Jonathan Wilkinson, hours after announcing $600,000 in funding Thursday morning for 10 new First Nations Guardians initiatives across the country.

“I think this is particularly evident when we see the environmental challenges that we are facing in the world today — rapid climate change, significant and accelerating biodiversity loss, and the cumulative impacts of pollution in our natural environment,” Wilkinson told hundreds of attendees at the virtual four-day National First Nations Guardians Gathering, which ends Friday.

The Gathering — with more than 600 individual guardians and member groups attending — reflects the momentum and the joint desire of First Nations and the federal government to establish a national framework for Indigenous Peoples to lead the way in Canada’s future conservation efforts.

Guardians are the “eyes and ears” on the ground across Canada’s expanse and on all three coasts, Wilkinson said.

The trained experts incorporate science with traditional knowledge to monitor ecological health, cultural sites and to protect sensitive areas and species in their traditional territory on behalf of their nations.

They are a contemporary embodiment of the stewardship that Indigenous people have conducted for time immemorial, Wilkinson said.

The federal government invested a historic $4.1 billion in the last budget towards nature recovery across Canada, Wilkinson said.

A portion of the allocation will go towards further supporting guardian initiatives and establishing Indigenous protected and conserved areas, Wilkinson said, although he didn’t specify how much.

Miles Richardson, with the Indigenous Leadership Initiative (ILI) working to establish the national guardians network, said Ottawa has been asked to allocate close to $832 million over the next five years to support the Indigenous stewardship initiatives.

“I know that the work that we do to protect our territory also benefits Canada, and helps Canada meet its international commitments,” says Misipawistik Cree Nation Chief Heidi Cook, for Ottawa to provide consistent #IndigenousGuardian funding.

The guardian movement has escalated rapidly and the new funding will build on the Liberal government’s five-year pilot program launched in 2018 with $25 million.

The number of guardian programs has tripled from an initial 30 or so programs, said Richardson, former president of the Council of the Haida Nation and the founder of one of the earliest Watchmen program in Haida Gwaii.

“But we’ve got a long way to go, and lots of work to do to get resources to that level.”

To date, the federal government has funded more than 55 initiatives at a cost of approximately $8 million, Wilkinson said.

Guardian initiatives will be key to meeting Canada’s national and international climate and biodiversity goals, he said, which includes conserving at minimum 25 per cent of Canada’s lands and oceans by the end of 2025, and 30 per cent by 2030, while prioritizing species-at-risk recovery.

Indigenous panel members involved in the talk with Wilkinson pressed the minister on what consultation, financing of guardian programs and the establishment of conservation areas would look like — particularly given problems associated with colonial legacy inherent in Canada’s national park system.

Wilkinson assured the panellists that the federal government was committed to nation-to-nation talks and would rely on direction and input from Indigenous communities to determine conservation goals in specific regions.

“It’s about local Indigenous communities saying we want to ensure there's appropriate protection for these areas … or for the biodiversity that lives there,” Wilkinson said.

“We are willing to partner with any Indigenous community that wants to put its hand up and have that conversation.”

While the federal government and Indigenous communities are likely to be aligned in their objectives, it will take work to get provinces on board, he said.

“We need to encourage our provincial and territorial counterparts about how they can assist in ensuring that we're moving towards the kind of protection that needs to happen if we're going to save the species that are very much in decline.”

Chief Heidi Cook of the Misipawistik Cree Nation said her community had committed to building its governance and stewardship systems largely without government funding because it was critically important.

“But I don’t want to let Canada off the hook, either,” Cook said.

“I know that the work that we do to protect our territory also benefits Canada, and helps Canada meet its international commitments,” she said, adding stewardship work by Indigenous communities feels precarious.

“It takes a lot of capacity to continually chase different funding pots,” she said, asking the minister how the government planned to fund Indigenous conservation and stewardship into the future.

Ottawa has assigned a large sum towards stewardship initiatives and is committed to doing the work, Wilkinson said.

But looking at other funding vehicles, such as foundations or reserve funds — perhaps established by government and philanthropic groups — that provide ongoing financial support is something the federal government hopes to explore.

“We’d like to find ways to ensure that, irrespective of what happens with governments at the provincial or federal levels, that there is an ongoing source of funding to ensure that these kinds of (stewardship initiatives) continue.”

While it was yet to be seen how much and in what manner the federal funding would hit the ground for guardian programs, the intentions expressed by the federal government were positive, Cook said in closing.

Regardless, guardian programs and stewardship in Indigenous territories are important to deal with trauma, she said, especially in light of the recent confirmation of the remains of 215 children at a former residential school in Kamloops.

The heart-rending incident has reopened wounds in her own community and other Indigenous communities across the country, she said.

But reconnection or rebuilding relationships with their lands can be healing for many people, she added.

“Going back to those natural laws and feeling the love that the land has for us. Feeling the belonging in our space. That's a really important thing,” Cook said.

“Let's see real change happening, and real support for our communities to rebuild, and to have healing through this work.

Why Indigenous Guardians are key to Canada's climate future

While I have no doubt that

While I have no doubt that the Guardians who joined the First Nations Guardians Gathering 2021 are doing some very great things, I worry when I hear that the feds awarded them $600,000 -- a big chunk of change. I worry about whether this is some kind of divide and conquer tactic. I mean, did the Wet'sewet'en, for example, attend the Gathering? Did their Healing Centre win any financial support? What about the Tiny House Warriors? Have the feds suddenly developed an appetite to listen to them? It bothers me terrifically that environment minister Wilkinson has sanctioned these Guardians but in all likelihood still wants to arrest the Warriors.