Deaths in racialized neighbourhoods double during first wave of pandemic 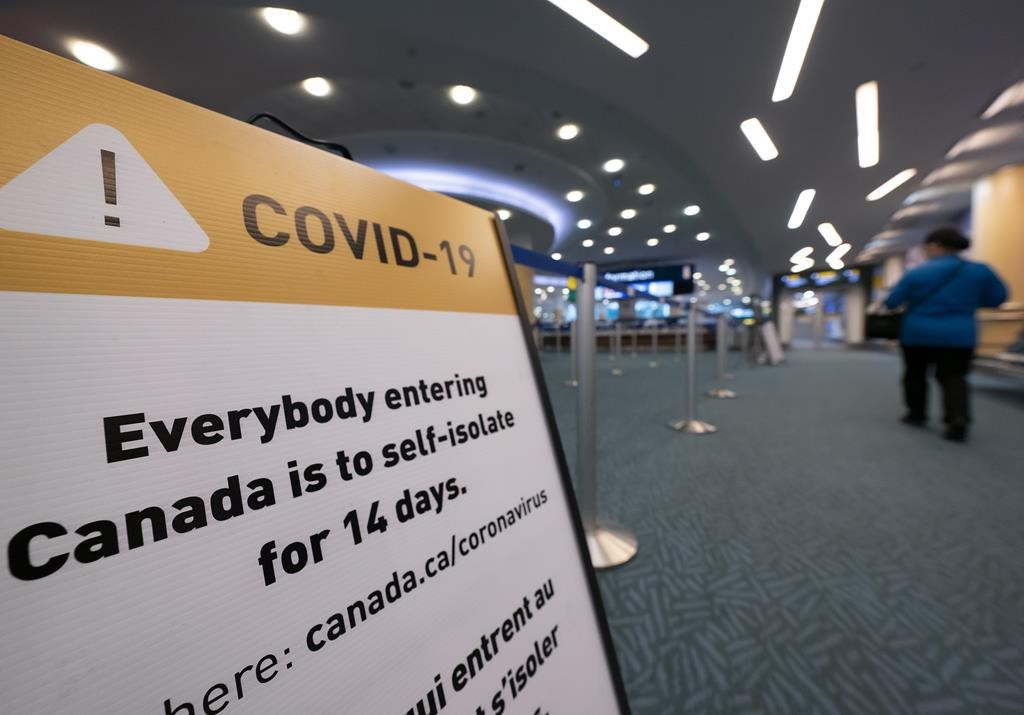 VANCOUVER — Canadian neighbourhoods where visible minorities live had a COVID-19 death rate about two times higher than areas that had a low proportion of immigrants, says a study from Statistics Canada.

The study looked at the pandemic from early March to July last year, when there were more than 8,300 deaths.

During the early days of the pandemic, it said about 67 per cent of those deaths were reported in Quebec, 28 per cent in Ontario and three per cent in B.C.

Immigrants made up 48 per cent of the fatalities in Quebec, 45 in Ontario and four in British Columbia.

COVID-19 had a disproportionately high impact on certain populations, the study said.

"The findings here show that immigrants’ share of deaths attributable to COVID-19 was proportionately higher than immigrants’ share in the total Canadian population. This is especially true among those younger than 65 and among males, as well as in British Columbia, Ontario and Quebec."

Immigrants accounted for 30 per cent of all COVID-19-related deaths among those under 65 although they make up 20 per cent of the population, it said.

Between 44 and 51 per cent of people who died from COVID-19 in Vancouver and Toronto were immigrants, the study said.

Most of the immigrants who died lived in Montreal, Toronto and Vancouver, it said.

The number of deaths in racialized neighbourhoods was almost double that of others, #statisticscanada reports. #COVID-19

Other studies have concluded immigrants are at a higher risk of death because they work in essential services, may live in overcrowded or multi-generational housing, and could have lower language proficiency and health literacy.

France and the United States have shown similarly high numbers of COVID-19-related deaths among immigrants, it said. However, international migrants in Italy had no increased risk of poor outcomes compared with their Italian-born counterparts, it added.

Andy Yan, the director of Simon Fraser University’s City Program, said the data is similar to what he has been mapping and studying over the past few months, where those in communities within Toronto and Vancouver who are working blue-collar jobs have been hit harder by COVID-19.

"It's a complicated conversation about housing and labour," he said in an interview. "Canada's COVID front lines are basically defined by the country's economic and social ones."

Yan's study found COVID-19 hot spots were correlated with high percentages of people working in manufacturing, households where three or more people in them contributed to living costs, or where five or more people lived in one home.

Other issues compounding the risk to this group include housing conditions that may have multi-generational families living in one household or a number of people living together because of costs, Yan said.

Lack of knowledge of English, economic instability and discrimination also add to the risk, he said.

"Race and ethnicity are not shorthand for COVID but part of the complicated story of economics, housing and the pandemic."

The visible minorities making up many of these hot spots include South and southeast Asian populations, his correlation analysis found.

"It's not to say that you are South Asian and you're at risk," he said.

"But it's all those things that are wrapped together in terms of say labour, in terms of living conditions as opposed to ethnicity."