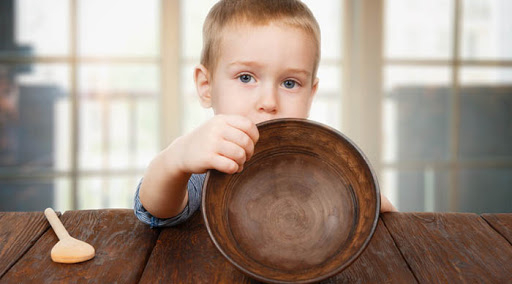 About one in five children in P.E.I. were food-insecure in 2018, according to Statistics Canada. Under the new law, that must fall to zero by 2025. Photo by topthailand / Getty Images
Previous story

Prince Edward Island could soon become the first province where no one goes to bed hungry.

In April, P.E.I. MLAs unanimously passed a bill requiring the government to eradicate hunger from its shores and halve the number of people in Canada's smallest province living in poverty by 2030. It is the first time lawmakers in Canada have committed to ending food insecurity by ensuring people can afford to buy enough healthy food to meet their nutritional needs.

“It is setting an overall strategy, and within that, it sets specific targets and measures. It doesn't tell anybody how to do it,” said Hannah Bell, the Green MLA for Charlottetown-Belvedere and the bill's creator.

The bill does not compel the province to adopt a universal basic income, or any other specific program — at least not yet. Instead, it provides clear objectives the government is legally obliged to meet, Bell said. How they are reached will be up to the politicians and civil servants responsible for poverty reduction and hunger elimination measures, including income support or school lunches.

“We are (now) legally responsible to do this work, that's why it's so important,” said Bell. “It was the only way to make it so that people couldn't not do it, or not show up, or change their minds.”

Eventually, she hopes to see the province implement a universal basic income. But establishing poverty elimination targets and forcing the government to find solutions will help people more quickly while laying the groundwork for a universal income, she said.

Roughly 14 per cent of P.E.I. households lacked food at least once a month in 2018, according to Statistics Canada. Those numbers have likely risen since, with the agency reporting last year that the pandemic had increased the number of Canadians going hungry by about four per cent nationwide compared to 2018.

About 65 per cent of people who are food-insecure rely on wages for income. Most are employed in low-wage, precarious jobs, including many on the pandemic's front lines, like delivery drivers and grocery store employees.

Under the new law, the Poverty Elimination Strategy Act, the food-insecurity numbers must fall to zero within the decade.

Furthermore, child food insecurity — about 19 per cent of the province's kids went hungry in 2018 — and chronic homelessness must be eliminated by 2025. Poverty, a key driver of hunger, must be reduced by a quarter in the same year and be eliminated by 2035.

“It's really groundbreaking to say, 'We're going to eliminate food insecurity in our province,'” said Valerie Tarasuk, a professor of nutritional sciences at the University of Toronto and principal investigator for PROOF, a research program looking at how policy can end hunger.

“P.E.I. is the first province to ... come up with actual targets and a timeline for food-security reduction. They've done it in the context of setting targets for poverty reduction — and it's totally appropriate that those two things would go hand-in-glove.”

Only the federal government and seven provincial and territorial governments have measurable poverty reduction targets. Except for P.E.I., none have established targets to reduce food insecurity, or pledged to eliminate poverty and its symptoms — including hunger and homelessness — entirely, according to PROOF.

While Tarasuk applauded the targets, she cautioned that achieving them will be difficult unless the federal government provides more support.

Those include providing more money to low-income Canadian families through the Canada Child Benefit Program — a federal support that offers eligible families up to $6,765 a year per child — and better supporting unemployed Canadians through employment insurance.

Tarasuk maintains a universal basic income would be the most effective strategy.

“(These are) a bunch of individual programs,” she said. “A way to smooth that out would be to ... create an income floor ... that's going to be adequate for people to meet their basic needs.”

Earlier this year, the federal NDP tabled a motion that would have required the federal government to work with provinces, territories, and Indigenous communities to create a minimum income for all adult Canadians. It did not pass the House of Commons.

The idea is already central to federal Green Party policy and was overwhelmingly endorsed this spring by Liberal members at the party's spring convention. However, the Trudeau government has yet to announce plans for a universal income.

Still, Bell said it is easier to change society for the better by forcing policymakers to look at tangible problems — poverty or hunger, for instance — and then creating solutions like a universal basic income to eliminate them.

“You can actually fundamentally change what society looks like for the better if you feed people,” she said.

Could be great, could be

Could be great, could be window dressing--too early to tell.
The article refers repeatedly to universal basic income. I'm not sold on UBI. The fundamental problem with universal basic income is that it seems to represent a technical, indeed technocratic, fix to a political problem. If you don't fix the politics, you won't fix the problem. The political problem is that the ultra-wealthy have far too much power. If you don't take at least some power away from the ultra-wealthy and the huge corporations, and give it to ordinary working people in some way, UBIs will not do anybody any lasting good because the people who want to hoard all the stuff will still have the power and motivation to make sure they don't.