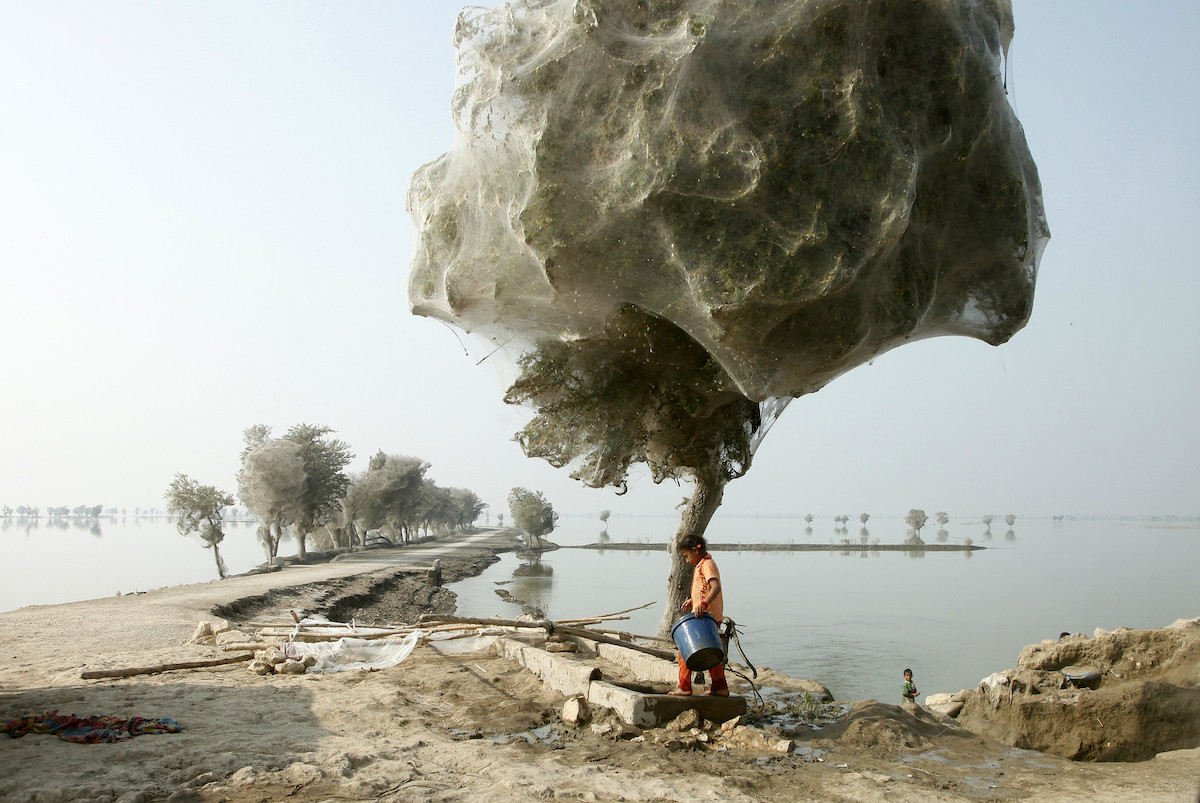 Flooding in Pakistan in 2010. Developing countries argue the rich world did most to create the climate crisis but isn't helping more vulnerable nations mitigate its effects. File photo by U.K. Department for International Development / Flickr (CC BY 2.0)
Previous story
Next story

The G7 summit ended with rich nations reaffirming their goal to limit global heating to 1.5 C, and agreeing to protect and restore 30 per cent of the natural world by the end of this decade, but failing to provide the funds experts say will be needed to reach such goals.

Boris Johnson badly needed a successful G7 deal on climate finance to pave the way for vital UN climate talks, called COP26, to be held in Glasgow this November. Climate finance is provided by rich countries to developing nations, to help them cut greenhouse gas emissions and cope with the impacts of climate breakdown, and was supposed to reach $100 billion a year by 2020, but has fallen far short.

Jennifer Morgan, executive director of Greenpeace, said: “The G7 have failed to set us up for a successful COP26, as trust is sorely lacking between rich and developing countries.”

Without stronger commitments on climate finance, Johnson will face an uphill struggle in getting support for any COP26 deal from the developing world, who make up the majority of countries at the UN climate talks and who will make or break any deal there.

The prime minister was left to re-announce previously allocated cash, in the form of a £500-million blue planet fund for marine conservation, already set out last year, while the other G7 members refused to stump up funds. About $2 billion is to be provided to help countries phase out coal-fired power generation, but it is not clear whether this is new money.

The communique promised only: “We welcome the commitments already made by some of the G7 to increase climate finance and look forward to new commitments from others well ahead of COP26.”

Malik Amin Aslam, climate minister of Pakistan, said: “The G7 announcement on climate finance is really peanuts in the face of an existential catastrophe. It really comes as a huge disappointment for impacted and vulnerable countries like Pakistan — already compelled to ramp up their climate expenditures to cope with forced adaptation needs.”

Poor countries argue that the rich world did most to create the climate crisis, but the most vulnerable nations also face rising debt burdens from COVID-19, and have no money to invest in clean energy, low-carbon infrastructure or ways to adapt to extreme weather.

Aslam warned of the impact on the COP26 talks: “At the least, countries responsible for this inescapable crisis need to live up to their stated commitments, otherwise the upcoming climate negotiations could well become an exercise in futility.”

Insiders said some of the G7 nations may make further promises on climate finance before COP26, but were wary of doing so in Cornwall amid an atmosphere of mistrust engendered by the rows over Brexit, on which Johnson is accused of reneging on his commitments, and the U.K.’s decision to cut overseas aid, from 0.7 per cent to 0.5 per cent of GDP, which experts said undermined the U.K.’s call on other nations to increase their climate finance.

Last weekend's #G7 summit ended with rich nations reaffirming their climate goals and agreeing to protect 30% of the natural world by 2030 — but failing to provide the funds experts say will be needed to do so. #ClimateAction

The G7 also fell short of campaigners’ hopes on fossil fuels. Last month, the International Energy Agency, the world’s gold standard for energy data and advice, said countries must halt all new fossil fuel exploration and development from the end of this year, to keep within the 1.5 C threshold.

Despite committing to an end to financing coal overseas and phasing out fossil fuel subsidies by 2025, the G7 stopped short of calling a halt to the exploitation of new fossil fuel resources.

Laurie van der Burg, senior campaigner at the pressure group Oil Change International, said: “The G7 has failed to commit to what leading economists, energy analysts, and global civil society have shown is required: an end to public finance for all fossil fuels. Our climate cannot afford further delay, and the failure of the G7 to heed these demands means more people impacted by the ravages of our climate chaos.”

COVID shrank the economy — but climate change will be much worse