Seals not to blame for waning N.L. cod stocks: DFO 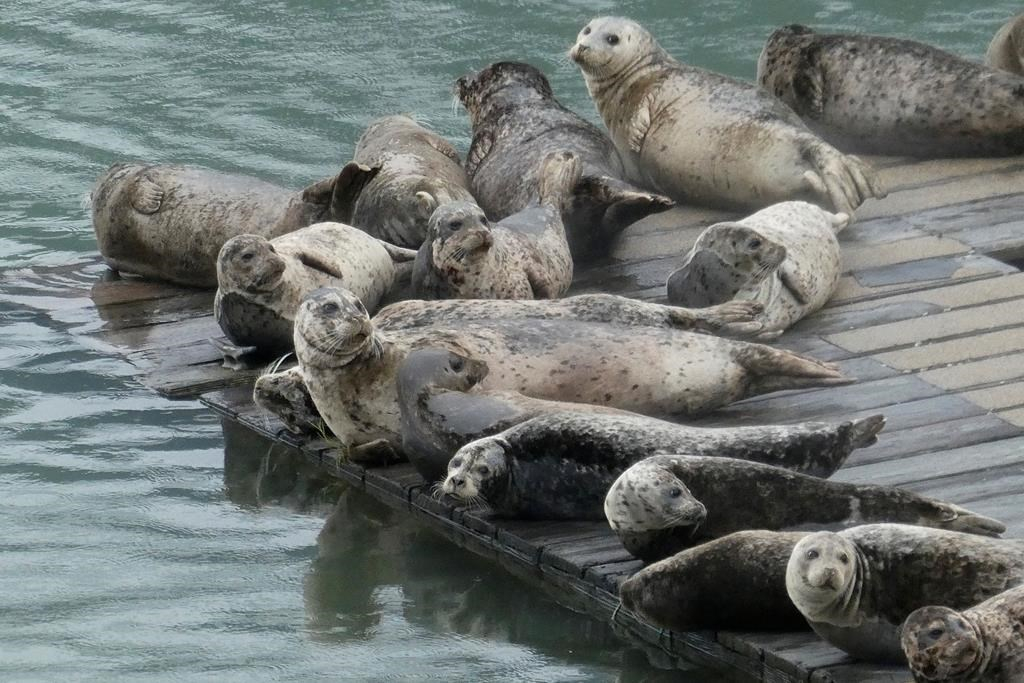 Seals are shown on a dock beneath the Douglas Bridge in Juneau, Alaska on Friday, Aug. 14, 2020. File photo by The Associated Press/Becky Bohrer
Previous story
Next story

The federal Fisheries Department is trying to shed more light on seals' impact — or lack thereof — on Newfoundland and Labrador's struggling cod stocks.

Marine mammal scientist Garry Stenson says people have been blaming seals for the slow rebound of northern cod since the species collapsed off the northeast coast of the province decades ago. But in a presentation Tuesday, Stenson and his colleague, research scientist Mariano Koen-Alonso, said the spotlight should be on the ocean's changing ecosystem and the changing climate.

"It's a major ecological shift that's been happening in our waters," Stenson told reporters. "To focus on any one thing is not going to give you any answers."

Seals get a bad rap from many of those invested in Newfoundland and Labrador's fisheries. They've been blamed for cod's sluggish return and for the dwindling numbers of fish off the province's south coast. They've also been blamed for declining crab stocks.

In March, a fisherman along Newfoundland's north coast slit open the massive belly of a dead seal and invited media to film its contents: lots of slimy, half-digested crab. Yvonne Jones, the Liberal MP for the riding of Labrador, tweeted in April that seals were "destroying the ecosystem, including cod" in response to a Canadian Press story about the cod fishery.

Seals are destroying the ecosystem including Cod- why is it only the people on the water and living next to the ocean can see and understand this. No real action means no positive results! https://t.co/KYOfy5G5M9

The answer to all of those questions is "no," said Stenson and Koen-Alonso.

The harp seal population, Stenson said, is actually recovering from a sharp decline that occurred between 1820 and 1920. Stenson's graphs showed two recent near-vertical jumps in the harp seal population between 1980 and 2020, but he insisted the numbers were still within their historical range and "not out of the ordinary."

Keith Sullivan, president of the local Fish Food and Allied Workers union, remains skeptical. In an interview Tuesday, he noted that some of the studies cited by Stenson and Koen-Alonso were done in 2014. He was also not sold on the idea of comparing today's harp seal population to numbers extrapolated back into the 1800s.

Sullivan said he'd like to see data comparing the amount of cod the seals eat to the amount of cod caught by the province's small commercial fishery. "I think many people lead the public to believe that the fishery is somehow an issue, but we want to seriously look at what is causing all the mortality," he said. "And obviously ... seals are a major part of it. We just really want more analysis on what's happening to our key stocks."

Stenson acknowledged seals are large, and they eat a lot. But he said they aren't found along the south coast in large enough numbers to have a significant effect on the cod stocks in that area.

As for the cod off the province's northeast coast, whose collapse forced Ottawa in 1992 to declare a fishing moratorium that shattered the provincial economy, Koen-Alonso said the real factor is the availability of capelin, which both cod and seals love to eat.

Capelin are small, silvery fish from the smelt family that feed on the zooplankton that blooms along the edges of ice shelves. Studies have shown that rather than predation by seals, it's the timing of the sea ice retreat and the subsequent plankton bloom that mostly dictates the capelin population, Koen-Alonso said.

In 1992, when the cod moratorium was announced, Fisheries Department scientists had estimates of how much cod was eaten by seals but lacked the full picture, Stenson said. "Everybody latched onto it," he said. "The whole conversation since then has very much focused on seals."

Scientific understanding has since changed, and it's now clear scientists must understand an entire ecosystem to understand its individual species, Stenson said. "We've been trying to say, 'Look this is what the data says,' but people have to listen and they have to believe," he said.