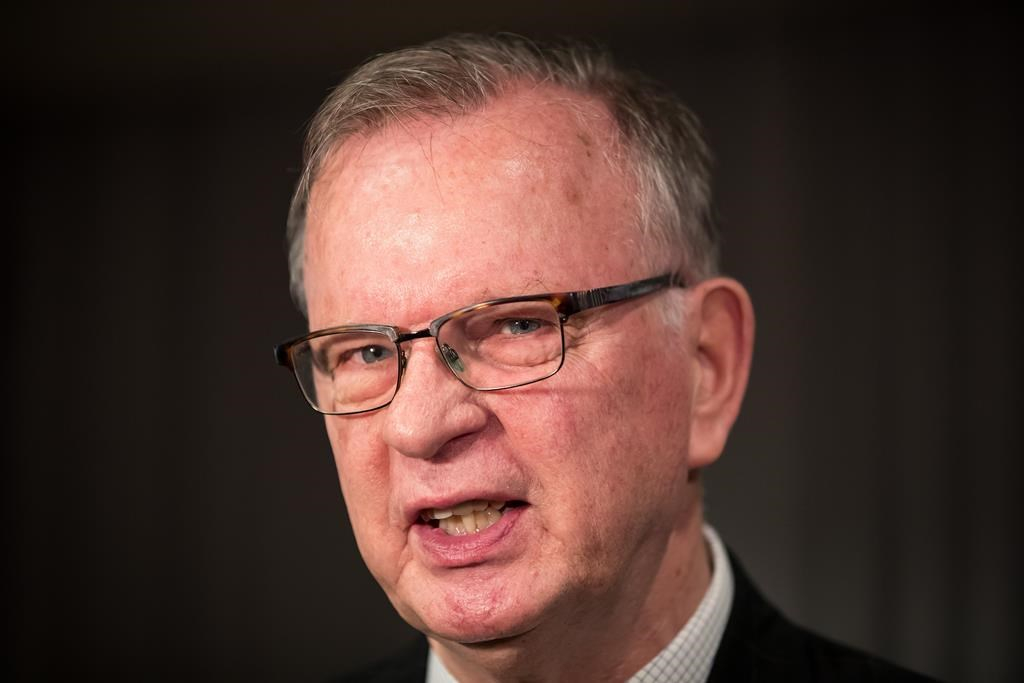 B.C. Minister of Energy, Mines and Petroleum Resources, Bruce Ralston, speaks after being named to the position after a provincial government cabinet shuffle, in Vancouver, on January 22, 2020. File photo by The Canadian Press/Darryl Dyck
Previous story
Next story

British Columbia is Canada's first province to introduce a business and environmental strategy on how renewable and low-carbon hydrogen can reduce emissions and create jobs in the clean technology sector.

He said the short-term goals include establishing regional hydrogen hubs to supply fuel to industries and consumers, while increasing the numbers of medium and heavy-duty vehicles powered by hydrogen on highways and at industrial sites.

Ralston said hydrogen produces no carbon emissions when burned or used in a fuel cell and is considered a climate-friendly solution to industrial activities where the use of electricity is not practical.

Hydrogen can be produced from many sources, including both fossil fuels and renewable resources, although the B.C. plan would support the so-called green pathway, using hydro electricity to create the fuel.

The Pembina Institute, an organization that focuses on energy policies, said in a statement Tuesday it welcomed the hydrogen strategy but was concerned the province would still allow development of so-called blue pathway uses of hydrogen from fossil fuels, including natural gas.

B.C.'s gas sector produces the highest amount of carbon pollution in the province at 20 per cent of total emissions, she said.

Ralston said the green hydrogen pathway has the potential for development because of the province's electricity grid, but blue hydrogen initiatives could also be explored.

The minister acknowledged B.C.'s previous attempts to embrace the technology more than a decade ago that included development of a hydrogen highway from B.C. to California, were ahead of their time and are now better positioned to succeed.

Ralston said B.C. is a global leader in the area, with more than 50 per cent of Canada's hydrogen and fuel-cell companies located in the province and where about 60 per cent of research investment is conducted.

The ministry estimates hydrogen has the potential to reduce B.C.'s emissions by 7.2 million tonnes of carbon dioxide each year by 2050.

"The B.C. hydrogen strategy outlines 63 actions for government, industry and innovators to take aim at accelerating the production, use and export of renewable and low carbon hydrogen," Ralston told a news conference, adding transitioning heavy-duty vehicles to hydrogen power as "the next frontier."