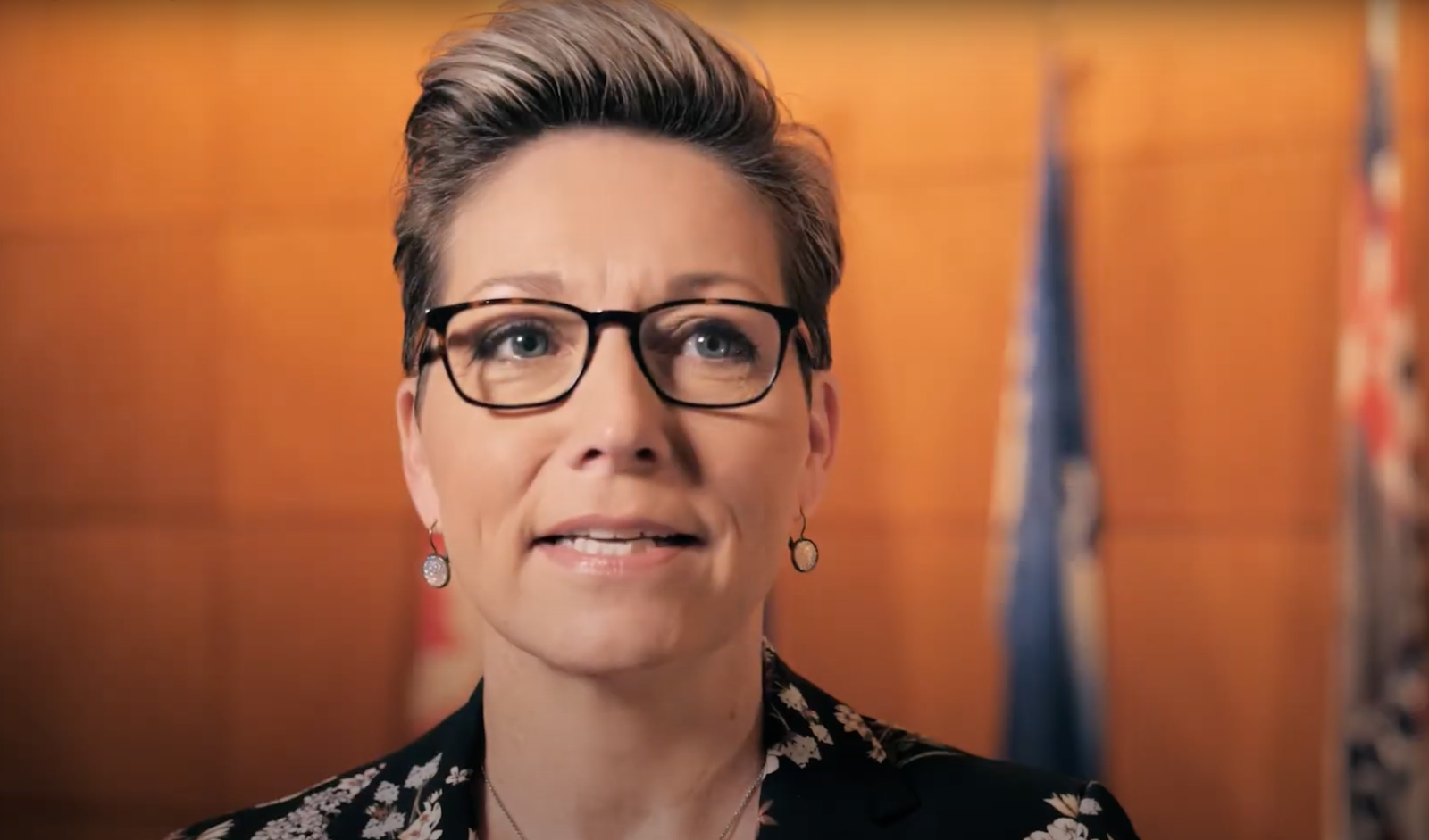 Alberta is at a climate crossroads, and a group of Edmonton-area mayors believe they have hit upon a solution.

The province's Industrial Heartland Hydrogen Task Force, led by the mayors of Edmonton, Fort Saskatchewan, and Sturgeon, Strathcona and Lamont counties, is advocating for a hydrogen economy to be based in their region.

Hydrogen gas is already artificially generated in Alberta for use in a variety of industrial processes, from making fertilizer to processing synthetic crude oil and producing refined petroleum products. About 40 per cent of the province's total hydrogen production comes from the "industrial heartland" near the provincial capital.

But the mayors, as well as federal and provincial officials, academics and industry representatives in the task force say that, in addition to industrial applications, there is much more domestic market potential for hydrogen, as a zero-emissions fuel for heavy transport and space heating.

Hydrogen fuel cells convert hydrogen into electricity, with water and heat as byproducts — no carbon pollution. That means electric motors running on hydrogen fuel cells could theoretically be installed in the fleets of cement trucks, garbage trucks and other heavy-duty vehicles that currently run on diesel or gasoline.

That would take a bite out of the 30 per cent of Canada’s emissions that come from transportation. In this way, producing all that hydrogen could help Alberta attract continued investment, as it faces increasingly tough economic conditions, argued Mayor Alanna Hnatiw of Sturgeon County.

As the climate crisis unfolds, Alberta, the home of the oilsands, is being singled out by financial institutions that are throwing up roadblocks to high-carbon investments. Oil and gas companies are finding it harder to lock down project funding without also demonstrating a commitment to slashing greenhouse gas emissions, according to Alberta Premier Jason Kenney.

A hydrogen economy, said Hnatiw, “would be a great way for us to start to transfer some of the GDP more to the cleaner sector, which is obviously what’s expected by investors worldwide. If you want to access capital, there are certain standards that they (investors) have requested that we meet."

The big question, however, is whether this hydrogen economy, if it does get going, will be good enough to convince global investors to take a fresh look at Alberta.

Hydrogen, made from natural gas in Alberta

Hydrogen could power Canada's trucks, cutting transport emissions. But in Alberta, hydrogen is made from natural gas, obtained from fracking. Proponents say the pollution from hydrogen conversion can be captured. Is that enough to convince investors?

That’s because, in Alberta, hydrogen is mostly made from natural gas, an abundant and cheap fossil fuel.

The province produces about 5.4 kilotonnes of hydrogen gas per day, said the task force in a Nov. 16 report “Building a Transition Pathway to a Vibrant Hydrogen Economy in the Alberta Industrial Heartland,” produced by the non-profit Transition Accelerator.

Most of that is made from natural gas, usually through a process called "steam methane reforming," where methane, the main component of natural gas, is mixed with steam and a catalyst under high pressure.

The conversion process results in 18 megatonnes per year of carbon pollution. But the task force says steam methane reforming facilities can be modified to capture and store the carbon being emitted during hydrogen conversion.

If hydrogen produced from natural gas, and using carbon-capture technology, is used to support transportation with fuel cells, life-cycle greenhouse gas emissions are cut by at least 80 per cent, the task force calculated, relative to diesel or gasoline.

Not only does this cut down on pollution generated when making hydrogen, but the captured carbon also holds value for oil and gas producers, as it can be used to extract more oil from depleted reservoirs, in a process called “enhanced oil recovery.”

A 240-kilometre pipeline, the Alberta Carbon Trunk Line, has been built to bring captured carbon emissions from the Edmonton area to a site near Clive, Alta., where a company is using it to boost oil extraction.

The task force said there is both the “capacity and interest” among “industry and all levels of government” to make more hydrogen out of natural gas, capture the emissions from conversion, and use the resulting hydrogen for industrial applications and as a zero-emissions fuel for heavy transport and space heating.

“Right now, individual companies, or individual sectors, are struggling with this question of how they can integrate hydrogen into their businesses,” said Transition Accelerator president and CEO Dan Wicklum.

“Our model that we’re recommending is to come up with a hydrogen node model, where all of these potential future hydrogen uses are quantified and understood and analyzed together, so that you will have a critical mass of hydrogen used at the scale of the region.”

The task force argues that this hydrogen fuel economy is a “step in a transition pathway to a net-zero emissions society.” But some environmental groups are unconvinced that this should be the path forward.

Most of the natural gas in Alberta is obtained through hydraulic fracturing, or fracking, according to the Alberta Energy Regulator. Research has connected a boom in fracking operations with a rise in levels of methane in the atmosphere. Methane is 86 times as powerful as carbon dioxide in trapping heat in the atmosphere over a 20-year period.

Even if the emissions from the conversion of natural gas to hydrogen are entirely captured, that doesn’t account for the emissions stemming from fracking for natural gas in the first place. Methane also leaks from oil and gas equipment when natural gas is transported. Federal research has shown that emissions of methane from the oilpatch are nearly twice as high as previously thought.

Producing hydrogen from natural gas is "clearly something that the fossil fuel industry sees as its pathway to maintain some kind of market share," said Tim Gray, executive director of Environmental Defence Canada.

“It would be better to go where the puck is going around renewables,” Gray said, given that barriers to carbon-intensive fuels are rising both from a regulatory and financial perspective.

For Alberta, he said that could also include geothermal energy, where a lot of the skill sets are the same, but the energy source is sustainable.

The is desperate public

The is desperate public relation scam. This hydrogen plan is a way to save the oil and gas industry; it has nothing to do with reducing our carbon emission. One must look at the total footprint of the hydrogen sector!

IPCC says that 80% of fossil fuels must remain in the ground if we want our grand children to live on a hospitable planet Forget saving the oil and gas sector; it is as archaic as the horse and buggy. Alberta a a great potential for renewables, so use that potential.

Keep voting for Tories Alberta, and you might get to go down in the 'brief history of the earth' as one of the key jurisdictions guilty of derailing the slim chances the people of the earth had in the early 21st Century, to stop global emissions and build resilience plans to weather the decades of extreme weather fossil fuel frenzies had already baked into the future.

Blue hydrogen isn't clean, or green. It's a desperate effort to find markets for the fracking indebted little fossil fuel companies want to continue. As for Carbon Capture and Storage....that's too expensive, difficult and puny a solution for the CO2 fracked gas produces, to be worth a mention. No one interested in profit will invest in it.........and the public exchequer is tapped out.....so give it up.
Green hydrogen might work. Blue is just one more twist in how to end life on earth, but save the industry threatening life on earth.

A more friendly way to

A more friendly way to produce hydrogen is electrolysis, using electricity from solar cells and windmills. But even that is not without some carbon emissions resulting from the manufacture and disposal of that hardware.

Amen. Hydrogen from water, and back to water. I'm not understanding any environmental benefit in getting more oil out of wells by pumping in CO2. That seems to me to be a hellishly stupid way approach: it ignores the already too often ignored point about trees: which is that not only do they capture carbon, but they "exhale" O2, upon which we're all dependant. Not to mention a lot of marine life.
Unfortunately, our PM is gangbusters on the concept: and one wonders if he bought it the same place he bought the fairy tales about the need for TMX.

This is true enough but seems

This is true enough but seems pointless. Turn electricity into hydrogen, have a bunch of infrastructure for transporting the hydrogen, so that eventually at a motor you can turn the hydrogen, somewhat inefficiently, back into electricity. Why not just use the electricity? Electrons are easier to transport than volatile gases.

It has been pointed out that one use for hydrogen could be for power storage at solar and wind farms--when they generate more power than needed, it could be used for hydrogen which could then be used to generate power at night or during calms. That might actually be useful, but it's a niche application which has nothing to do with Alberta greenwashing attempts or the broader notion of a "hydrogen economy", which seems kind of dumb and would not be seeing any airplay if it weren't for the greenwashers.