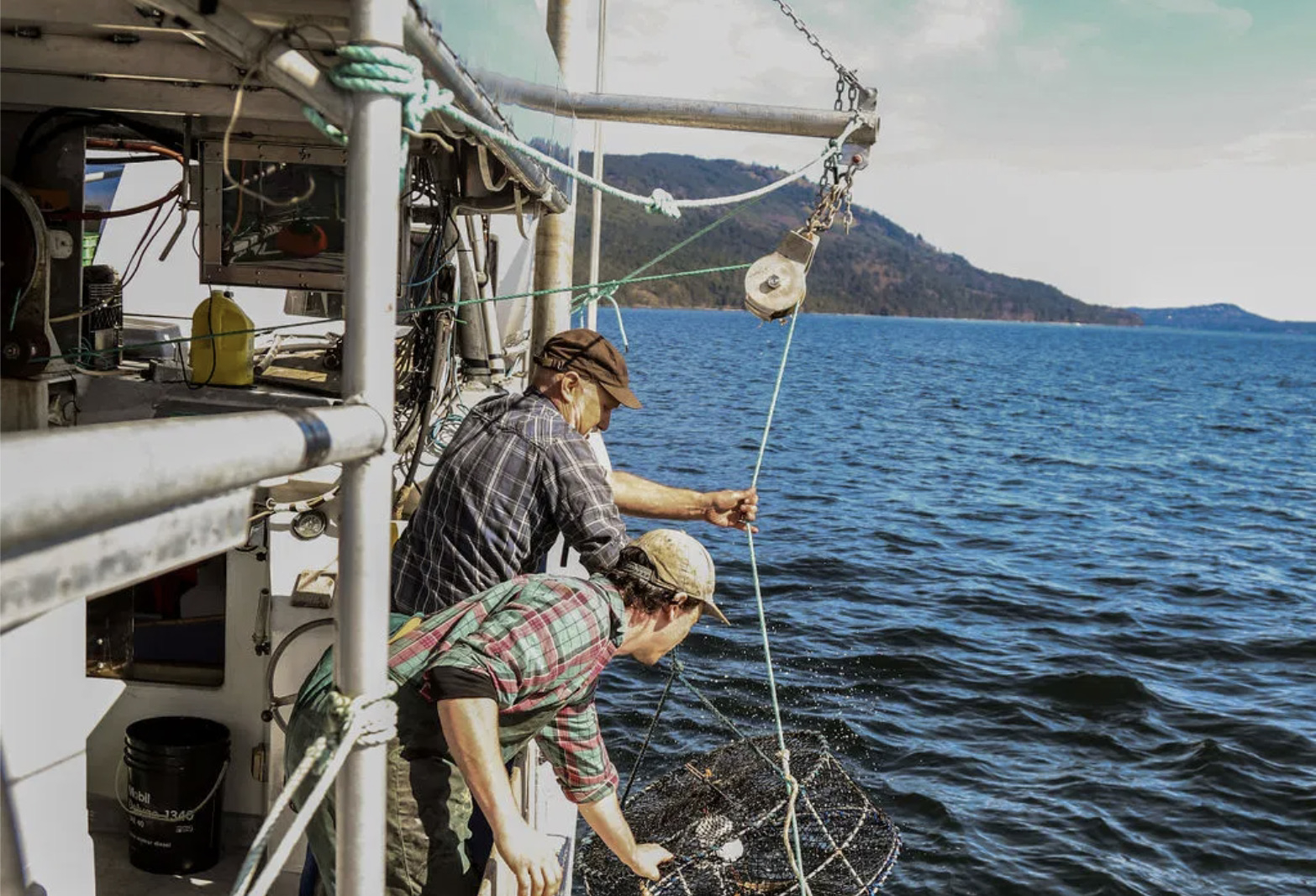 Geoff Millar was three years old when he caught his first fish through a hole in the dock in Sointula, B.C., a remote 550-person town off the northern end of Vancouver Island. He never stopped, spending his childhood casting a line off the pier and making his livelihood plying the B.C. coast in search of lingcod and salmon.

“I just love fishing,” he said, crackling with excitement as he described a livelihood filled with independence and moments of magic, like watching humpback whales feed. “Regular” jobs like carpentry or 9-to-5 office gigs might pay the bills — but they can't satisfy his soul.

Now, Millar’s livelihood is on the brink of extinction after Fisheries and Oceans Canada (DFO) closed roughly 60 per cent of B.C.'s commercial salmon fisheries. The closures, DFO stated, will last “multiple generations” of fish to save tumbling salmon populations.

The decision leaves Millar — along with hundreds of other commercial fish harvesters on the B.C. coast — in despair and in difficult financial straits.

About two years ago, Millar bought a fishing boat, the Pacific Shadow, to establish himself more firmly after decades spent working as a deckhand on other people's boats. Rigged for trolling, a fishing technique that uses hooks and lines to catch top-quality fish, and with a freezer on board, it was the boat to sustain his dream of a future fishing.

Almost as soon as he bought it, problems arose. The price for lingcod, the other species Millar harvests, tanked and have yet to return. Widespread closures and delayed openings in last year's salmon season meant he scraped by, hoping 2021 would bring better fortune. It didn't.

“This is all I want to do, this is all I care about. I invested everything into this, and now I can't even get any investment back,” said Millar on the verge of tears. “I feel like I was born to do this — I can't imagine not doing it.”

Of all the marine species caught off the B.C. coast, salmon is arguably the most important of all for fish harvesters. In most small fishing communities nestled against the rugged Pacific coastline — places like Ucluelet, Port Hardy, or Prince Rupert — salmon are the epicentre of life, regardless of people's culture or ethnicity.

But salmon provide more than just a living, particularly for Indigenous people. To most First Nations in the province, the fish are integral to their food security, and cultural and spiritual well-being.

"I feel like I was born to (fish)," said Geoff Millar, a fish harvester from Sointula, B.C. "I can't imagine not doing it." #Salmon #DFO #Closures #BC

“These closures have absolutely devastated us,” affirmed James Lawson, a Heiltsuk fish harvester based in Campbell River, B.C., who usually fishes salmon commercially about six months of the year. “We've been forced into a corner, and the only option is retirement — that seems to be (DFO's) goal.”

The closure will make it impossible for many Indigenous harvesters to make a living on the water. And that, in turn, will make it harder for many to maintain the boats and nets they use in both the commercial and FSC fisheries, and to pass on skills and knowledge between generations, Lawson explained.

Salmon licences are among the few commercial fishing licences that young fish harvesters — Indigenous or not — can afford, Lawson added. Licences for halibut and other lucrative species are regularly owned as investments by retired harvesters, corporations, or investors. That pumps their price far beyond what young harvesters can afford, forcing them to lease fishing licences each year and making it impossible for them to invest in their livelihood long term.

“I bought a salmon gillnet licence last year and I haven't even fished it yet,” Lawson explained. “I fish other fisheries, but everything else is a lease except for that salmon licence and one herring licence.”

The timing of DFO's announcement — mere days before many harvesters were planning to start fishing — rubbed salt in the wound, explained Guy Johnson, a lifelong fish harvester from Cowichan Bay on Vancouver Island.

“The young people I've talked to ... have spent every cent to get their boats ready to go fishing after all the problems that came from COVID and now, all that money, you might as well just have taken a blowtorch and burnt it for all the good it will do.”

Getting ready to fish is expensive, he said. Boats must be bought, repaired, and filled with fuel to cover the hundreds of miles they must sail along the B.C. coast. Nets worth hundreds of dollars must be bought, and the crew must be fed and paid. Those expenses are particularly difficult for young, independent fish harvesters to cover.

“We don't have deep pockets to survive,” he explained. In 2015, the average income for fish harvesters in B.C. was $19,500 — roughly half as much as Atlantic Canadian harvesters' income — according to a 2018 report by Ecotrust Canada.

Still, young harvesters aren't the only ones who will be hit hard by the partial closure. Johnson said his community-supported fishery, a fishing retail business model similar to community-supported agriculture (or CSAs) where customers pay the harvester a lump sum for their fish before the season starts — will take a hit.

“I don't know what to tell people. I'm probably going to go and try, but I don't know if I can realistically catch the fish” his customers have already paid for, he explained. “If I can't catch it, obviously I've got to give the money back to people.”

That blow will make it even trickier to stick with fishing, a livelihood he still loves for its creativity, even after 45 years on the water. Every day brings a new challenge, forcing him to adapt on the fly and “interact creatively” with nature.

“My wife tells me to 'smell the coffee,'” and retire, he joked.

“I'm not quite prepared to do that.”

The government should help