Should DFO rein in sport fishing to help save salmon? 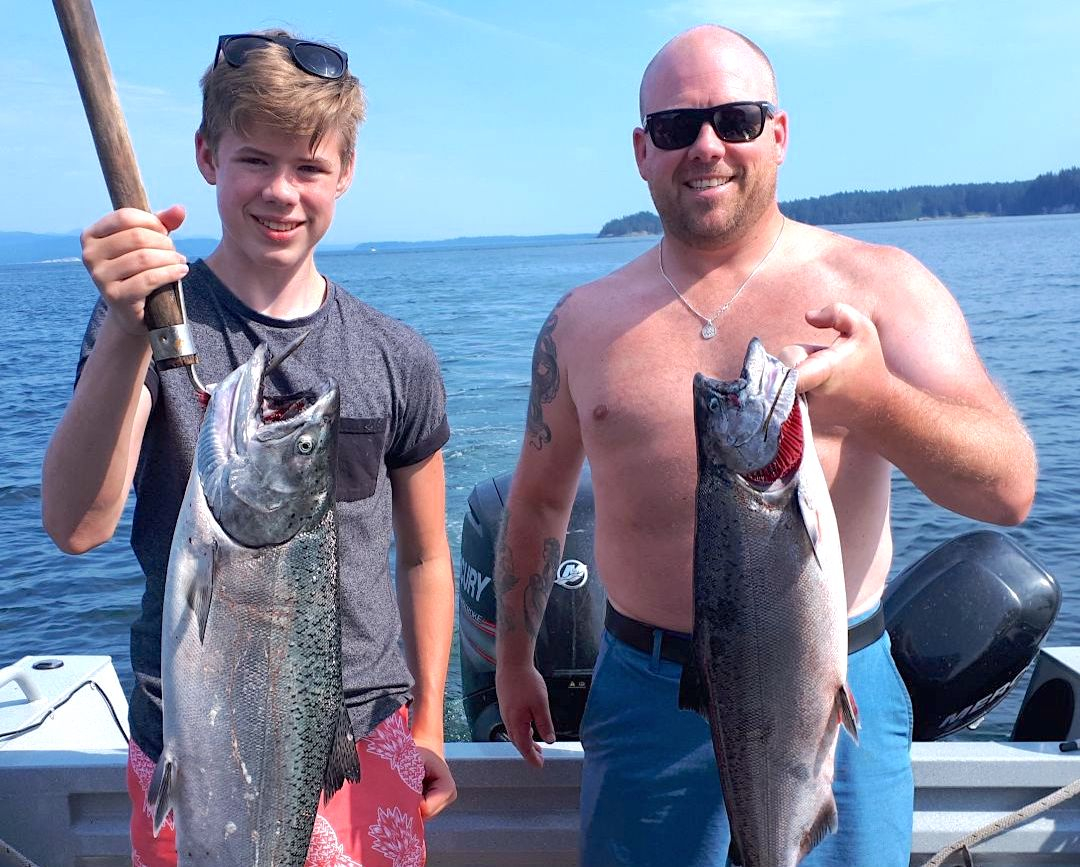 Conservation groups want Ottawa to dramatically curtail the recreational fishery as it did with the commercial fishery last week in order to save wild salmon on the West Coast.

But the sport sector, equally keen to protect the prized but diminishing chinook salmon, wants Fisheries and Oceans Canada (DFO) to make sure any further measures and restrictions this year are backed by science, and provide stability and results for the embattled fishers and the fish population.

The federal government failed to address the recreational fishery, which also impacts salmon returns, despite making historic and dramatic reductions to the commercial fleet on the West Coast, said Jeffery Young, science and policy analyst with the David Suzuki Foundation.

“Government left out the fishery that actually has weaker regulations and monitoring than commercial operations,” said Young.

Even before DFO’s announcement to indefinitely shutter nearly 60 per cent of B.C.'s commercial salmon fisheries starting this year, the sector was already in decline due to widespread closures, Young said.

“Meanwhile, the recreational fishery has become more and more the primary fishery, including on stocks of concern, with chinook being the most obvious one,” he said.

Of the 28 chinook salmon populations found in southern B.C., close to half (13) are either endangered, threatened, or at risk, according to the Committee on the Status of Endangered Wildlife in Canada (COSEWIC).

Due to historically low returns along the Fraser River, last year DFO enacted new restrictions and the non-retention of chinook during prime fishing in spring and some summer months — with some closures stretching into August in some southern fishing areas, such as the Strait of Juan de Fuca and the southern Strait of Georgia.

The new measures are expected to remain in place for 2021, but details won’t be finalized until DFO releases its management plan sometime this month. The sport fishing season on much of the southern coast is set to begin July 15.

“If you’re spending five days out during high season in prime fishing waters and you’re not seeing any enforcement, there’s something wrong,” says sport fishing guide Tony Clark on the lack of policing around #WildSalmon restrictions in B.C.

Though federal Fisheries Minister Bernadette Jordan enacted some restrictions on the recreational sector to avoid some stocks of concern in certain areas during certain times, the changes haven’t gone far enough, Young said.

“They are still catching and killing endangered salmon,” he said, adding there is insufficient science around many stocks of concern and mortality rates associated with the catch and release of at-risk salmon, he said.

“The data isn't good,” Young said, adding more science needs to be done to determine where, when, which fish populations are abundant and what the mortality rates would be with a selective fishery.

“Without that information, we really shouldn't be out there fishing,” he said.

The sport fishing industry around Fraser River chinook has been curtailed over the past three years to such an extent that it's non-existent, with little effect, said Owen Bird, executive director of the Sport Fishing Institute of B.C.

The sport sector wants a hand in shaping Ottawa's salmon strategy, relying on science to avoid stocks of concern while harvesting either abundant populations or hatchery fish.

Not all chinook runs in southern waters are at risk, Owen says, pointing to fishing areas west of Vancouver Island, and runs along the Quinsam and Qualicum rivers on the east side of the island that have hatchery programs.

The recreational sector has long been calling for DFO to create a widespread marked-selective fishery where anglers could retain marked hatchery chinook, which have the adipose fin clipped from their back.

Owen also agreed more could be done to monitor sport fishers, most of whom would be on board with the idea.

“There’s no disagreement,” Owen said. “There is a real desire by the public fishery to improve catch monitoring.”

“If you’re spending five days out during high season in prime fishing waters, and you’re not seeing any enforcement, there’s something wrong,” Clark said.

If DFO is going to enact stricter salmon restrictions or bans, it should at least make sure they are being followed, he added.

“Most guys who fish are honest, but there should at least be a presence,” he said.

The season is expected to open on July 15, and the recreational sector doesn’t even know if any new regulations might be coming down the pipeline, he said.

Guides and charter outfits have to maintain and pay for boats, equipment and advertising. Many also have reservations booked, Clark said.

“And this year, we don’t know if we can go fishing,” he said.

Jordan’s office did not clarify if any added monitoring or restrictions for sport fishing would be taking place this season, or when the Salmon Integrated Fisheries Management plan (SIFM) would be released.

The last two years, DFO has taken a strong precautionary approach to management of chinook, the minister’s office said in an email.

“The fishing effort is extremely limited and exists where risk to the stock is minimal,” the ministry said.

“We will continue to monitor stocks and work with industry to ensure we are sustainably and responsibly harvesting Pacific salmon, while also undertaking immense conservation and restoration efforts.”

However, DFO has set up a small number of hatchery-marked selective fisheries on a trial basis for 2021 in areas in the Broughton Archipelago, as well as the Sechelt, Jervis, Bute and Toba inlets.

The areas are away from the migratory path of Fraser chinook and designed to limit impacts on other stocks of concern, DFO said. Data from the fisheries pilots will be evaluated and used to inform future decisions.

Young said mark-selective fisheries don’t protect wild salmon from some measure of mortality if they are caught instead of a hatchery fish.

“We also do not support mark-selective fisheries as they remove the connection between the fishery from the health of wild populations and incentivize the production of hatchery fish, which can harm wild salmon,” he said.

The ministry needs to start treating large recreational operators and lodges like a commercial fishery, with regulatory licensing, along with greater science and monitoring requirements, given the pressure they put on wild stocks, Young said.

However, clamping down on the sport sector is only a short-term solution to getting as many salmon as possible back to the rivers over the next couple of years, he added.

“These hot days are a stark reminder that the climate crisis is here, with our bad land-use habits needing to change more than ever.”

I would like to see the DFO call off the release rules. Watching my friend catch and measure a salmon determining that it had to go back in the water many times, one is too often a witness to an obvious death-float away from the back of the boat. I believe it would be much more constructive to rule that you keep (limit count) that which you catch. Also the hatcheries are apparently not clipping all the adipose fins upon release so it is no longer possible to make a determination as to whether or not a captured fish is hatchery or wild.