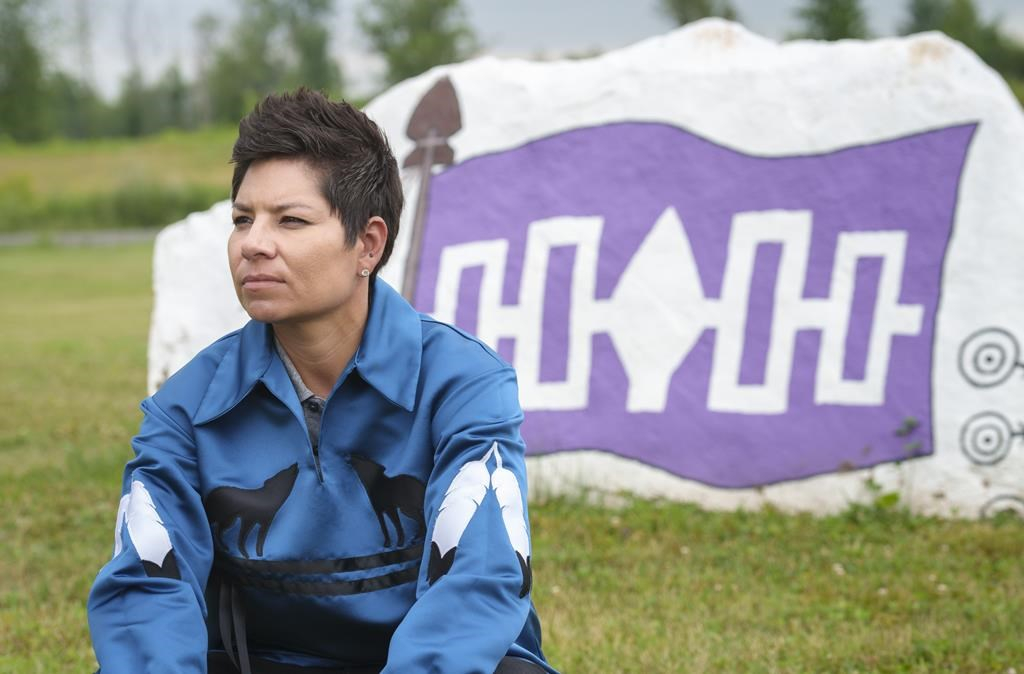 MONTREAL — Newly appointed Kahnawake Grand Chief Kahsennenhawe Sky-Deer says she is offering her full support to members of the Montreal-area First Nations territory who are occupying a disputed parcel of land to stop a proposed housing project.

"We have sent numerous letters to people in government offices, the prime minister … even to Quebec's (Indigenous Affairs) Minister Ian Lafrenière and unfortunately, things have gone unanswered," Sky-Deer, who was elected chief last weekend, said in an interview Thursday.

"It’s a very pressing issue for us; it's about getting our lands back."

Kahnawake Mohawks set up the encampment beside their community on July 1 in a wooded area bordering the municipality of Châteauguay, Que., on Montreal's south shore. Châteauguay's city council adopted a zoning change in the area on March 15, clearing the way for the construction of 290 homes on the land.

Mohawk council Chief Mike Delisle says the land is known as "Parcel E," which he says was part of a land-transfer agreement with the Quebec government following the 2007 expansion of a major highway just south of Kahnawake. Quebec still owes Kahnawake 211 acres of land for the Highway 30 expansion, Delisle said in an interview Thursday.

The 211 acres are on the Seigneury of Sault St. Louis, which is part of a historical land claim by the Mohawks.

"We are looking for more than consultation, we need retribution for the past," Delisle said. "It’s not a Châteauguay issue, it’s more of a federal and provincial one."

Kahnawákeró:non Karihwakatste Deer, spokeswoman for the protest camp, says her community knew about the proposed housing project since last spring, adding that letters to the city council were not returned.

Representatives from Châteauguay were not immediately available for comment.

"We felt like July 1 was an appropriate day for us to make an encampment there because of the connection between the residential schools, with them taking our language and culture and land," Deer said in an interview Thursday.

"These lands are still being taken for us, this is still happening today. It hasn't changed. We couldn't wait until something was built there."

Sky-Deer agrees. The federal and provincial governments should take this occasion to negotiate with her community and transfer control of the land to Kahnawake, she said.

"This is for us the perfect chance to get our land back because it hasn’t been developed yet," Sky-Deer said.

This report by The Canadian Press was first published on July 8, 2021.

Crackdown on Indigenous land protests in 2020 infringes on liberties and activism: experts