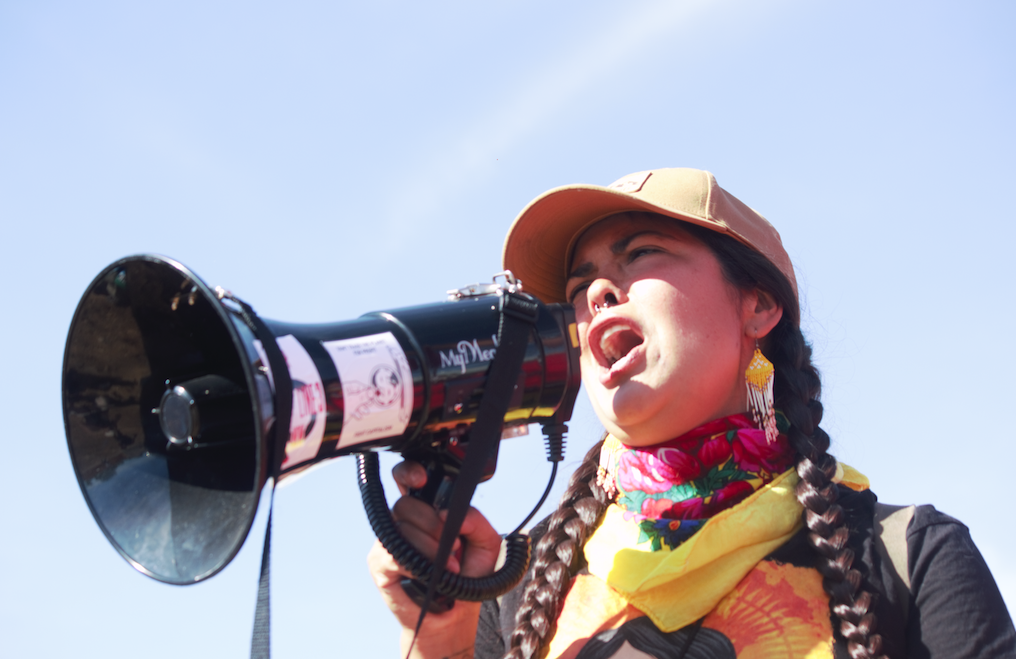 Protesters descended on northern Minnesota over the weekend in an attempt to stop construction of Enbridge’s Line 3 pipeline, which critics say would deal a devastating blow to the water table and lock in unneeded fossil fuel infrastructure.

According to organizers, more than 2,000 Indigenous rights and climate protesters registered for the Treaty People Gathering to call on U.S. President Joe Biden to cancel the pipeline. The Treaty People Gathering has over 100 co-sponsors including Honor the Earth, Giniw Collective, Oil Change International, Indigenous Environmental Network and others.

“We were guaranteed the right to hunt and fish on our treaty lands, and when you degrade our water table and have potential oil spills or chemicals leaking into that water, you're putting our whole food system at risk,” she said.

Calgary-based Enbridge is rebuilding Line 3 — its 1960s-era pipeline that travels 1,660 kilometres from Edmonton, Alta., across the Canada-U.S. border, through Minnesota to the western edge of Lake Superior — as an even bigger pipeline capable of moving 760,000 barrels per day of crude oil.

Two actions were launched Monday. Fairbanks estimated about 500 people joined one action to block a pump station north of Park Rapids, while about 30 minutes away, 1,500 to 1,600 marched to the headwaters of the Mississippi River, calling attention to a recent court challenge from Friends of the Headwaters that argues the permits for Line 3 violate the Clean Water Act.

A video posted to Twitter by Honor the Earth shows a low-flying Department of Homeland Security helicopter kicking up clouds of dust near protesters around the pump station.

DHS/Border Patrol is using a low flying helicopter to try to clear out Indigenous people and allies fighting to #StopLine3 pic.twitter.com/XYO810xekr

“That helicopter is full of cops… they tried to tell us that if we don’t leave we’ll all get arrested,” one person can be heard saying in a video posted to Facebook by the Giniw Collective.

Activists gathered in Minnesota over the weekend and on Monday to oppose Enbridge's #Line3, with one Indigenous protester calling the project "a multi-front assault on our sovereignty and on our ability to thrive." #TreatyPeopleGathering

Enbridge pays for policing through a fund called the Public Safety Escrow Trust Account. That fund was set up in May 2020, and as of April 2021, Enbridge has paid more than US$500,000 into it to cover law enforcement expenses related to Line 3, reports the Minnesota Reformer.

The account is intended to relieve Minnesota taxpayers of additional costs related to policing along Line 3’s construction route, but critics have said it incentivizes police to dump more hours into keeping tabs on the worksites.

According to the permit that set up the account, reimbursable expenses include costs for “maintaining the peace in and around the construction site” as well as “review and oversight of any private security services,” among others.

“The profits of a multinational Canadian corporation are being prioritized over the lives of the Indigenous people who live along the pipeline route, and I think it's especially hard as Anishinaabe people because we're on both sides of the border,” said Fairbanks.

“If Justin Trudeau really believes that we should stop the climate crisis and fight for a sustainable future, why is he fighting for the rights of Enbridge over the rights of Indigenous people?” she said.

Ottawa is a vocal supporter of Line 3, previously telling Canada’s National Observer the new pipeline would “improve the integrity of the pipeline network.” Crucially, Line 3 connects Alberta’s oilsands to refineries in the Midwest and Eastern Canada via the 540,000-barrel-per-day Line 5, which connects with Line 3 at the western edge of Lake Superior.

Last month, Canada filed a legal brief in a United States federal court siding with Enbridge against the state of Michigan over Gov. Gretchen Whitmer’s decision to shut down Line 5, which she said poses an “unacceptable risk of a catastrophic oil spill.” Whitmer pulled Enbridge’s authorization in November, giving the company until May 12 to cease operations, but Enbridge called it “unlawful” and has continued pumping its products through the pipeline anyway. The two sides are in ongoing talks over its operation.

On Monday, an Enbridge spokesperson said the company’s focus is safety, and that it recognizes people have “strong feelings” about energy.

“Many of the groups involved in the Treaty People Gathering were parties to the review process … and during the past six years have repeatedly provided input that was heard and acted upon,” said spokesperson Juli Kellner.

Fairbanks calls Line 3 “a multi-front assault on our sovereignty and on our ability to thrive.”

Beyond the pipeline’s potential impacts on traditional foods like wild rice or fish, Fairbanks said, there are also concerns of escalating violence.

“We know there is a direct correlation in the rise of sexual assaults and missing and murdered Indigenous women when there are pipelines and man camps around our reservation,” she said.

Construction on the Canadian side of the border is complete, with Enbridge estimating 60 per cent of the work finished in Minnesota. The energy giant is aiming to finish construction by the end of 2021.