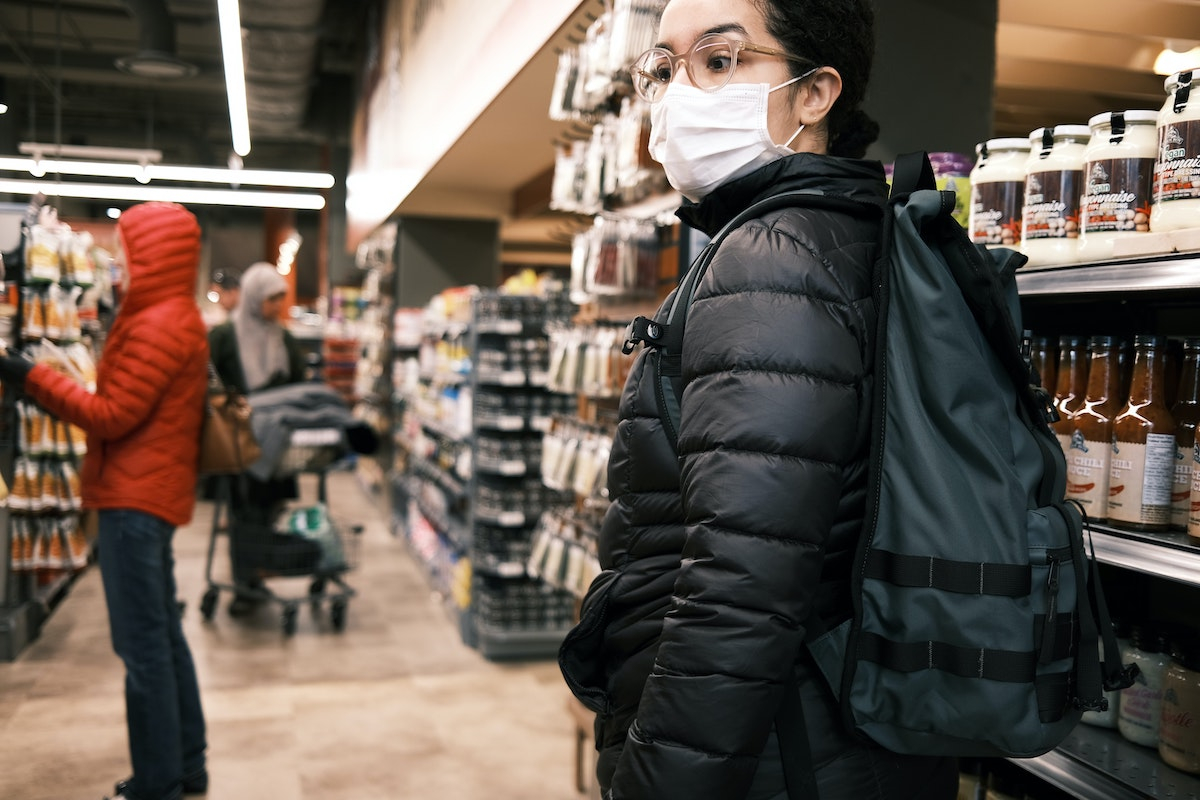 When the history of the pandemic is written, there will be plenty for future generations to learn about, from the success of our scientists to the failures of some elected officials, writes columnist Max Fawcett. Photo by Philippe Beliveau / Unsplash
Previous story
Next story

When the history of the COVID-19 pandemic is finally written, there will be plenty for future generations to learn about, from the remarkable success of our scientists to the equally remarkable failures of some elected officials. But one question will almost certainly rise above the rest: Why were so many people so opposed to wearing face masks?

That question was the subtext of Monday’s 10-4 vote by Calgary city council to repeal its mandatory mask mandate and yield to the UCP government’s decision to lift the provincewide rule on Canada Day. And while the Alberta government has been predictably over the top about the decision to lift restrictions, with the premier referring to July 1 as “Freedom Day,” it isn’t alone here. British Columbia also removed its mandatory mask mandate on July 1, while Saskatchewan has decided to wait until July 11 to do the same.

For those who fetishize freedom and worship at the altar of liberty, the removal of mask restrictions is probably worth celebrating. But for the rest of us, it marks the beginning of an uncomfortable experiment — one that will test the resilience of a dangerous and deadly pandemic and our willingness to put the well-being of others above our own temporary discomfort.

We shouldn’t overlook the first test, given the reluctance in many corners of rural Alberta to get even a single dose of a COVID-19 vaccine. Alberta has the third-lowest level of first doses in Canada, and while approximately 49 per cent of the province’s eligible population has gotten double-dosed, that rate is still well below the 60 per cent threshold that experts like Stephanie Smith, an infectious disease physician at the University of Alberta Hospital, think is necessary for public gatherings. “In my ideal world, we would have continued to have a mask mandate for indoor spaces at least for the foreseeable future until we see the vast majority of people are fully vaccinated,” she told the Globe and Mail.

In our real world, though, that’s not going to happen. And while a fourth wave of the pandemic still seems like the lower probability outcome, the so-called “Delta variant” and its ability to spread even more virulently than previous iterations shouldn’t be ignored. Neither should the fact that the COVID virus is still dangerous to those who are immunocompromised, whether that’s because of organ transplants, recent cancer treatment or some other medical condition that makes the vaccines less effective. Then there are kids under 12 years old, who aren’t yet eligible to be vaccinated against a virus that hasn’t been around long enough for us to fully understand all the potential long-term consequences.

There’s also the impact that masking had on last year’s flu season, which was about as non-existent as it’s ever been. Experts worry that won’t be the case this year if the public abandons measures like social distancing and masking. The flu could have its revenge once precautions are dropped. As Richard Webby, an influenza specialist at Tennessee’s St. Jude Children’s Research Hospital, told CNN recently, “the worst flu season we ever had may be coming.”

But it’s that second test — the one that will reveal just how much we actually care about our fellow citizens — that should worry us most here. Wearing a face mask into a mall, grocery store or other shared public space isn’t exactly a hardship — and our relatives who had to deal with actual hardships in the past would probably laugh at us for making so much of it. Even if the health benefits of public masking have diminished as we vaccinate more of the population, the social ones remain just as relevant as ever.

Some of the worst people in our society will call this virtue-signalling, and maybe that’s exactly what it is. But what’s wrong with signalling that you err on the side of caution, that you take the health and safety of strangers and neighbours seriously, and that you’re willing to endure the temporary discomfort of wearing a piece of cloth on your face if it makes your community safer? If COVID-19 has taught us anything, it’s that we’re stronger when we pull together and help each other.

Freedom and liberty are values Americans hold far closer to their hearts than Canadians. Canada is the country of “peace, order and good government,” and we don’t see acts of caring for each other, whether through our publicly funded health-care system or any number of other supports and services, as the kind of creeping socialism many Americans seem to fear. We’d all do well to remember that the next time we think about whether or not we want to put on a mask in public — and what it really says about us.

What did Alberta do with $1B for oil and gas cleanup?

cultural norms can be pushed

cultural norms can be pushed in any direction that those in power wish with public messaging, money, restrictions , enforcement celebrity endorsement ,etc. : witness the change on attitude to smoking drink driving, pre marital sex(!) in the last 50 years

who gains by pushing no masking as cool in the face of unknown evermore virulent and transmissible variants? it is mostly an emotional virtue signal of sympathy with right wing america and its dangerous decoupling of public good and patriotism. what real issue is it distracting the public from focussing on? climate disaster perhaps?

Failing --deliberately --to protect your population is an epic fail of good governance...... though this latest chest puffing declaration of so called gift to the public of "freedom" is just another fail on that front for most of our leaders.

the contrast in the public zeitgeist in Atlantic and West CANADA is striking, and covid deaths are the proof of where good governance is in effect and where it is not

What tis missing from this

What tis missing from this article and public discourse (on what was learned from the pandemic) is the importance of improved ventilation systems.
We know that we are much safer when outside as compared to being indoors. By most estimates, we are at lest 15 times safer when outdoors.
So a big (and I mean REALLY BIG) benefit can be gained by improving our HVAC systems so that they more closely emulate conditions of the great outdoors. This means improved filters, bringing more outside air into the ventilation system and changing the flow of air in rooms so that there are no dead spots and no constant airflow through a specific area.
All of these changes can be seen on the ASHREA (American Society of Heating, Refrigerating and Air-Conditioning Engineers) website where their recommended HVAC standards are readily available.
All changes do not have to be completed at once. Any change is beneficial, but there should be a country wide set of standards established and schedule for implementation in order to make everyone safer. Not just from COVID (as we know it) but also from it's many future mutations, from the annual influenza, from future viruses, from Legionnaire's Disease and even the impact from seasonal allergies. These benefits far outweigh the costs of making HVAC systems safer.
Many of our 'power to be' mention the term ventilation when talking about COVID, but none seem willing to take concrete action by establishing new ventilation standards.
Pity.

Engineer your way out of it

Engineer your way out of it rather than be socially responsible? And all this improved ventilation and renovation will be done with 'sustainable, CO2-free energy, right? Not in Alberta or Saskatchewan. Pity!

“Freedom to Infect Your

Exactly! I wonder how far

Exactly! I wonder how far Canadian conservatives will follow their American "spiritual" leaders on the road to hell. The Republican party has detached itself from reason and democracy and shows no signs of slowing down. Will Canadian conservative leaders find a line they won't cross? It's a very difficult bus to get off of.

Luckily, I'm over 65 and influenza vaccination is still free and pretty effective.