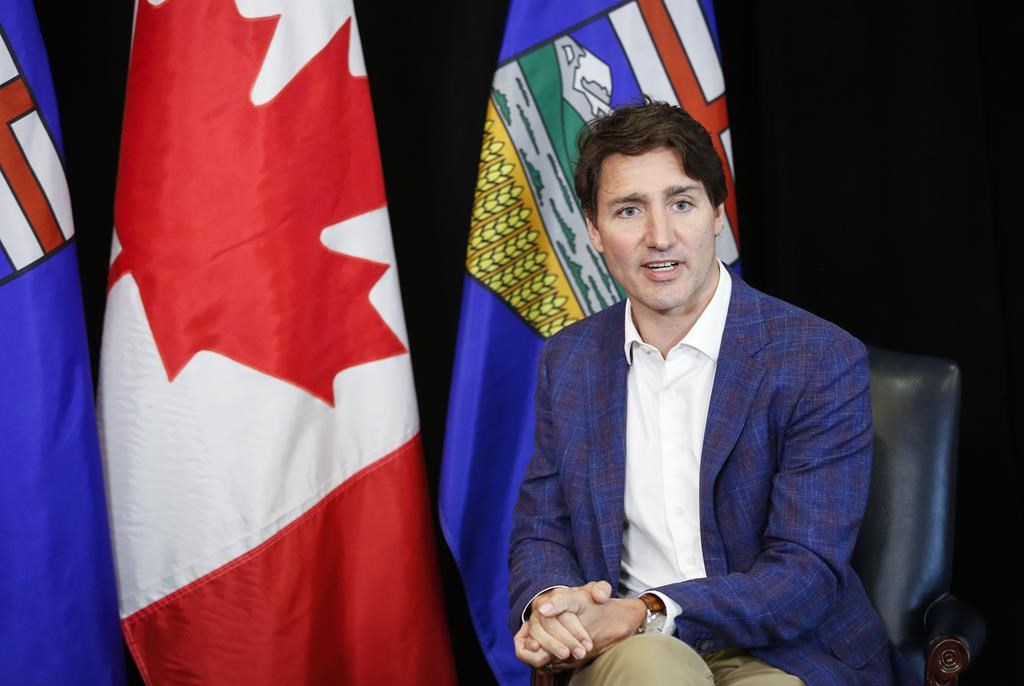 The federal government has reached a deal with British Columbia, the first in the Trudeau Liberals’ bid to build a national daycare system, and a move longtime advocates marked as "very good news" for families and the economy.

Funding is also being targeted at low-income, Indigenous, Black and newcomer families.

In making the announcement, Prime Minister Justin Trudeau said the pandemic has laid bare that it is practically impossible for parents, especially mothers, to build a career without good child care.

"Hard-working families deserve better and our economy deserves better as well," he said. "This is exactly what a feminist recovery looks like."

The province is the first to sign on to the Liberal offer laid out in April's federal budget, which pledged $27.2 billion over five years in new spending that the government aims to send to provinces to subsidize daycares.

The text of the agreement, posted Thursday to a provincial website, shows the per capita funding model the Liberals are using will see B.C. receive about $350 million this year, rising to $910 million in the last year of the deal.

Child-care advocates had viewed the first deal on the national system as the benchmark for others. Advocates are now casting their eyes out east, such as Atlantic Canada, for another deal in the coming weeks.

"The federal government is speaking to all the provinces and territories," said Morna Ballantyne, executive director of the group Child Care Now, "and everything that we have heard is that nobody is staying away."

The NDP government in B.C. began a $10-a-day daycare pilot program after being elected in 2017 and pledged during last fall's election campaign to expand the program provincewide.

The new agreement requires the province to have created at least 12,500, $10-a-day spaces by the end of next year.

Horgan said the province had heard calls for affordable child care not only from advocates and parents, but also from business councils and chambers of commerce.

"They recognize of course because our society is made up of families, that if we’re going to have full participation (in the economy) as we come out of the pandemic, we need everybody in place," Horgan said.

Lynell Anderson, a child-care researcher and analyst, said economists widely agree that affordable child-care systems pay for themselves in the near term and offer long-term benefits. Families that have participated in B.C.'s pilot program have described it as "life changing," she said.

Rates in B.C. vary depending on where you live, but it's not uncommon to pay $1,200 a month for toddler care or $800 a month for kids ages three to five, said Sharon Gregson, who works with Anderson at the Coalition of Child Care Advocates of BC.

Cutting average child-care prices in half by the end of next year would be significant, Gregson said, adding that it is important that the transition to lower fees occurs quickly.

"These two points are crucial in helping to ensure high-quality care," said Andrew Bevan, a former chief of staff to former Ontario premier Kathleen Wynne who has written about child care.

"It matters who is operating child care, and the workforce really matters."

Trudeau faced broadsides from his political opponents. Conservative critic Corey Tochor decried the Liberals' "'Ottawa knows best' approach" and suggested his party would rethink daycare plans to give Canadians the "freedom to choose the child-care option that is right for them."

The federal NDP argued signs the prime minister is readying for an election undermine his government's stated priority of helping parents.

After the news conference, Trudeau made a campaign-style stop at White Spot restaurant to pick up lunch, bump elbows and pose for selfies with surprised patrons. His stop in B.C. follows visits to Sault Ste. Marie, Ont., Alberta and Saskatchewan.

The hints of an election are why Ballantyne and other advocates plan to ask federal parties to honour any child-care agreements and resume negotiations for others regardless of an election outcome in a nod to the move away from a national system after the Conservatives came to power in 2006.

"I'm chastened by that history, but I'm really convinced the public landscape has shifted and we understand the gender equality consequences of investments in child care ... and the economic consequences," said Kate Bezanson, associate dean of social sciences at Brock University.

He also had an afternoon meeting scheduled with the mayor of Lytton and Indigenous leaders from the Fraser Canyon community to discuss recovery from a wildfire that destroyed the village last week.

This report by The Canadian Press was first published July 8, 2021.