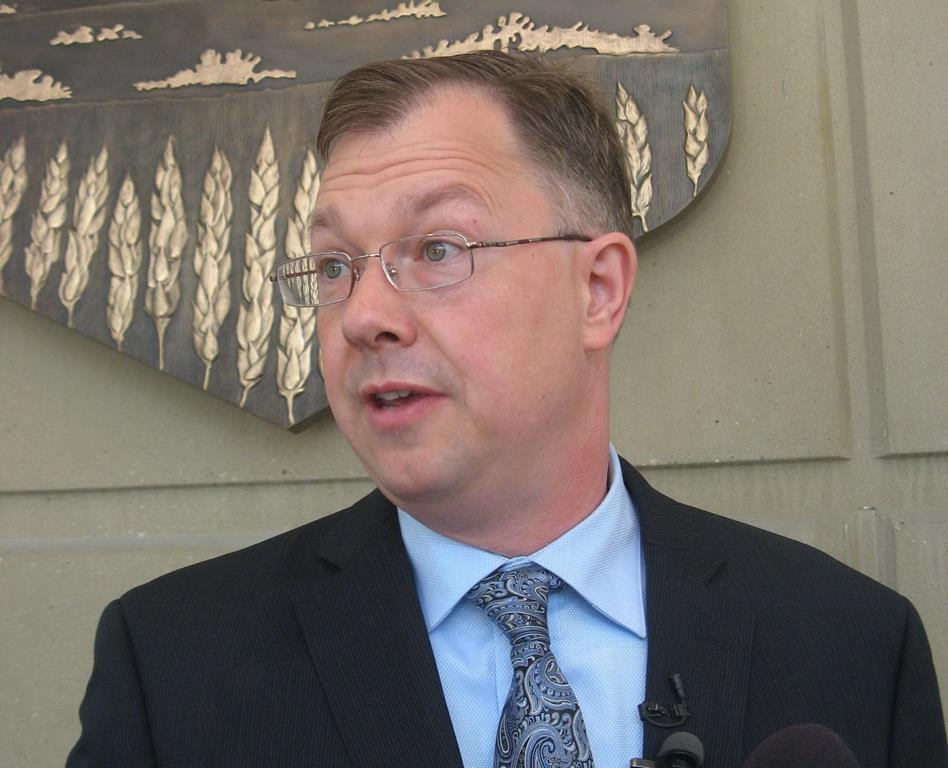 Lawyer John Carpay apologized for his “poor judgment” during a special hearing Monday called by the judge overseeing a court challenge of COVID-19 restrictions in Manitoba. Photo by Bill Graveland / The Canadian Press
Previous story
Next story

WINNIPEG — The president of the Justice Centre for Constitutional Freedoms is stepping away from the Alberta-based organization after admitting to hiring a private investigator to follow a Manitoba judge.

The Justice Centre's board said that effective immediately, John Carpay is taking an indefinite period of leave.

“Surveilling public officials is not what we do. We condemn what was done without reservation,” the board said in a news release Tuesday.

The Justice Centre is supporting multiple churches across the country in court challenges against COVID-19 public health orders.

Carpay's admission that he hired someone to watch a judge overseeing a case in Manitoba has been widely condemned and prompted formal complaints of misconduct.

Chief Justice Glenn Joyal held a special hearing Monday after learning that a private investigator was contracted to find any embarrassing information about Joyal breaking public health regulations. Joyal said he realized he was being followed when he left the courthouse. A person, who appeared to be a teenage boy, also went to his home and spoke with his daughter.

Joyal has yet to rule on the case involving seven Manitoba churches, represented by the Justice Centre, which are challenging public health orders. He said his decision would not be influenced by his experience of being followed by the private investigator.

He admonished Carpay for interfering in the administration of justice.

“If we are now in an era where a sitting judge, in the middle of a case, can have his or her privacy compromised as part of an attempt to gather information intended to embarrass him or her, and perhaps even attempt to influence or shape a legal outcome, then we are, indeed, in unchartered waters,” Joyal said Monday.

The Justice Centre's board said it was not aware of Carpay's plan. It said if the board had known, “it would have immediately brought it to an end.”

The Justice Centre is supporting multiple churches across the country in court challenges against COVID-19 public health orders. #JohnCarpay

The board said an interim president will be appointed and there will also be a review of operations and decision-making at the organization.

The Law Society of Manitoba said it is looking into what happened, but would not comment on specifics of the case because investigations and complaints are confidential.

“The Law Society would be very concerned if a lawyer were found to have attempted to improperly influence the cause of justice by hiring a private investigator to follow the judge who is presiding over the matter,” Deirdre O’Reilly, with the society, said in an email.

The Law Society of Alberta, which would be Carpay's regulator, would not say whether there's an investigation into his actions.

An Ottawa human rights lawyer confirmed he has filed a professional misconduct complaint with the society against Carpay, as well as against two other lawyers with the Justice Centre.

Gerard Kennedy, a law professor at the University of Manitoba, said he is unaware of any similar situation in Canadian legal history.

“It is very alarming and frankly disturbing,” Kennedy said.

The most likely outcomes of an investigation would be fines, suspension or even disbarment, he said.

Carpay, who was called to the bar in 1999, had a career in and out of politics for decades before founding the Justice Centre in 2010.

He ran unsuccessfully in British Columbia for the federal Reform party in 1993 and as a Wildrose Party candidate in Alberta in 2012. He was the Alberta director of the Canadian Taxpayers Federation from 2001 to 2005.

In 2017, as a member of Alberta's United Conservative Party, Carpay was compared to U.S. civil rights activist Rosa Parks by now-Premier Jason Kenney. A year later, Carpay was harshly criticized for a speech comparing rainbow pride flags to swastikas.

The Justice Centre, a legal advocacy group, has been involved in controversial and high-profile cases beyond the COVID-19 challenges. Legal experts say its view of the Constitution would be considered on the political right.

It has represented pro-life groups who wanted to show graphic material on university campuses and street preachers ticketed for noise complaints.

In recent years, the centre has also represented people who have had their personal licence plates revoked by provincial insurers. One case involved a “Star Trek” personalized ASIMIL8 plate in Manitoba and another a FREE AB licence plate in Alberta.

Manitoba Justice Minister Cameron Friesen said his department is looking at what action to take around the Justice Centre's surveillance of the judge and other public officials, including Premier Brian Pallister.

Nahanni Fontaine, the Opposition NDP's justice critic, said there must be a full investigation of the Justice Centre's actions and a review of the rules that govern private investigators in the province.