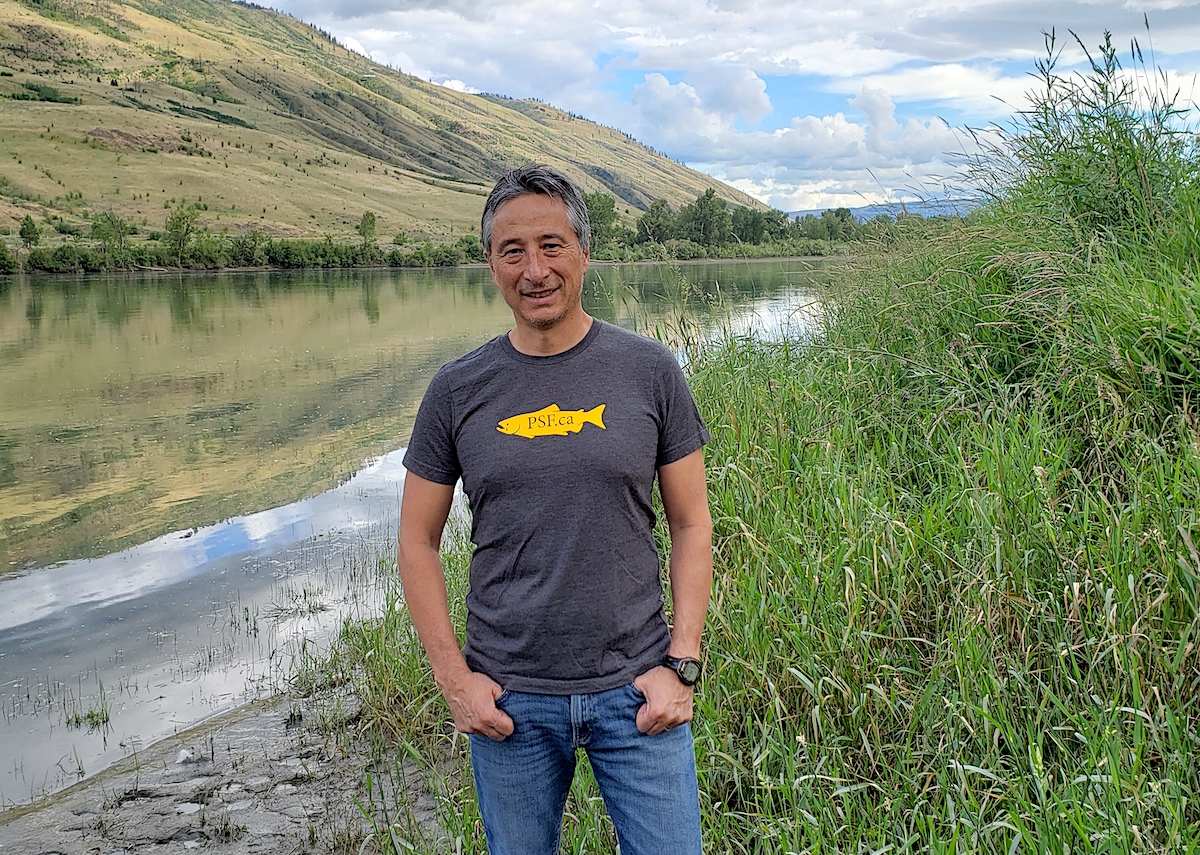 West Coast fish and forests are in greater peril than ever as the B.C. government issues widespread drought warnings after a record-breaking heat wave and an explosion of wildfires across the province.

Drought is impacting much of southern British Columbia and the central Interior due to very low rainfall, exacerbated by the recent extreme heat wave, according to the province.

Water scarcity and low stream flows are affecting Vancouver Island, the entire Thompson-Nicola region, the Cariboo, Shuswap, and the Okanagan.

Salmon and fish habitat is at greatest risk in streams and rivers on eastern Vancouver Island and the Salmon River watershed in the Shuswap in the B.C. Interior.

Both areas are now at Drought Level 4, which means adverse impacts on fish are now very likely. Drought levels run from 0 to 5 — which is the most severe, with adverse socio-economic or ecosystem impacts being almost certain.

The cumulative effects of climate change witnessed across the province are hard on salmon — a keystone species in B.C. — said Jason Hwang, vice-president of the Pacific Salmon Foundation (PSF).

The recent heat dome, forest fires, and now drought threaten the ecosystems and watersheds that wild salmon need to survive, he said.

The fish already face challenges as many populations, especially along the Fraser River, are endangered.

It’s an obvious salmon need water to survive, Hwang said, but extended droughts have outsized effects on their survival.

“Fire season is anywhere from three weeks to a month early in different parts of the province,” University of British Columbia fire expert Lori Daniels says about the heat and drought fuelling hundreds of blazes and community evacuations in B.C.

Low, warm water levels impact juvenile salmon that remain in streams and rivers their first fragile year of life before heading to the ocean.

“As water levels recede, they get trapped in little pockets of water,” Hwang said, adding they can die of heat or become vulnerable to predators.

And should the drought carry into late summer and fall, low flow levels mean returning adult salmon can’t head upstream, or remaining water is too hot, causing them to die without spawning.

The drought warnings take place as B.C. continues to battle 318 active fires — most in the southern Interior, with 48 blazes sparked in the last two days alone.

And the fire danger rating across Vancouver Island and southern B.C. are extreme or high, said Lori Daniels, a wildfire expert at the University of British Columbia.

Temperatures have been hot enough, and drought has been persistent enough that burnable organic material is highly likely to ignite and then spread, she said.

“If you add a little bit of wind in there, we have a pretty toxic combination,” Daniels said.

The lack of rain and heat is creating tremendous stress on B.C.’s ecosystems and communities, she said, noting the sudden fire that decimated the village of Lytton at the end of June, and reportedly killed two people, as a case in point.

“We know there are tragic (consequences) for people, with many dying from the heat, but the fire in Lytton is a really extreme case of what happens when we mix extreme droughts with ignition,” she said.

It’s early in the season, and there are currently 24 wildfires of note — blazes that threaten public safety — burning across the province, mostly in the Kamloops, Cariboo and Prince George fire regions.

Evacuation orders were in place for 11 communities, and another 31 communities were on alert as of Tuesday afternoon.

“Fire season is anywhere from three weeks to a month early in different parts of the province,” Daniels said.

The continuing clear blue skies may seem fantastic for summer vacations, but it’s exacerbating the fire risks, she added.

“And, quite frankly, I think it's going to get worse before it gets better this month.”

Environment Canada meteorologist Bobby Sekhon said spring precipitation levels across the southern part of the province were lower than usual.

“On eastern Vancouver Island, the spring was quite dry,” he said, adding the central island community of Nanaimo had its fourth-driest spring on record.

“We saw anywhere from ... 32 to 68 per cent of the average precipitation that we normally see in the months of March, April and May.”

The current drought reflects the trend of climate change in B.C., which will likely result in more extremes and prolonged periods of both dry and wet weather during the summer and winter, respectively, he added.

Neither scenario is great for salmon because torrents of rain, or heat events causing snow to melt quickly, can cause floods and erode salmon habitat, wash away eggs or make rivers impassable for salmon, said Hwang.

Many of the smaller salmon streams and rivers on east Vancouver Island — which typically experience lower water levels than some other watersheds — rely on glacial melt to maintain flow during the summer when rain is more scarce.

But climate change is limiting the development of snow packs and glaciers, and extreme heat can melt them earlier and faster in the spring, leaving little to buoy up streams in late summer.

Regulatory measures to conserve water are under consideration, according to the provincial drought information portal. B.C. is urging residential, agricultural and industrial water users to employ aggressive conservation measures and to follow restrictions and advice from local governments.

Those irrigating crops, or with water licences in areas of water scarcity, should plan for added water restrictions or possible protection orders under the Water Sustainability Act as the summer progresses

Beyond being water-wise, individuals and communities can help salmon adapt to changing climate conditions by protecting or restoring stream-side vegetation that can help with water quality and temperatures, Hwang said.

And be careful not to dump anything you wouldn’t put in your garden down storm drains, as they often connect to salmon streams, he said.

Both individuals and large entities can make significant differences to mitigate and prevent drought, he added.

“We need to think about everything we could do this year, but even more importantly, what we do moving forward to reduce those pressures on water.”

Now here is a job creation

Now here is a job creation program that could keep hundreds of thousands of us busy for years to come. Stabilizing the climate, regenerating agriculture, reallocating scarce water resources so that 0 of it goes to extractivist projects that create sacrifice zones........and building the infrastructure that might help us retain the fertility that salmon provide.....these are big projects. Essential ones as well.

Fracking deep earth to bring up the last of the unnatural gas, using our electricity to liquify it, building massive pipelines to carry it to the coast where we load it on floating bombs for transport to Asia........now that's a guaranteed climate disaster.

But we apparantly can't shut it down..because we need the 'jabs'.