Why wetlands matter in the fight against the climate crisis 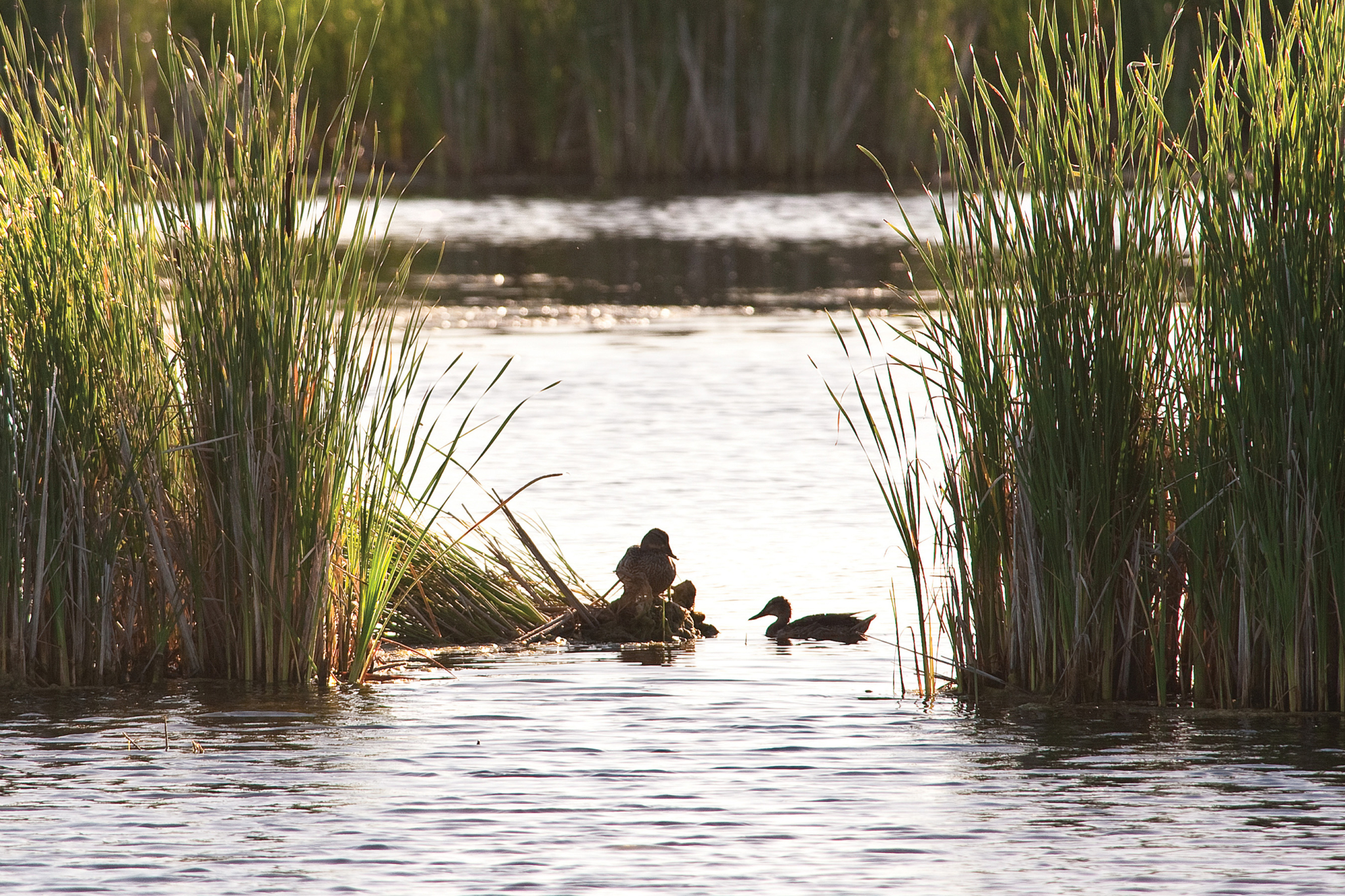 For a long time now, wetlands have been sorely misunderstood.

Wrongly dismissed by colonial Canada as a breeding ground for mosquitoes ⁠— in fact, their water is constantly moving and unsuitable for the insects to lay eggs ⁠— and maligned for their mucky lack of farming potential, swamps, bogs and marshes are actually vital tools in the fight against the climate crisis.

“Our relationship with wetlands historically has been one of, ‘These are nasty places with mosquitoes,’” said Eric Balke, a conservation programs specialist with the non-profit Ducks Unlimited Canada who researches and restores wetlands in southwestern B.C.

“It's an ecosystem that I think is really easy for us to take for granted.”

The reality is, wetlands are a pivotal carbon sink ⁠— in Canada, they store roughly 147 billion tonnes of it, roughly 900 times more than the amount emitted by industrial sources annually, the Geological Survey of Canada has estimated.

But wetlands, which have long been on the decline due to human development, are also at risk from the climate crisis. Scientists are now racing to learn as much as they can about how to recreate those that have already been lost and protect what is left.

Wetlands act as sponges, filtering water and absorbing rainfall that could otherwise become a flood. They’re hubs of biodiversity, providing sanctuary for a plethora of species, like migratory birds.

“If you're a nature enthusiast, I mean, they are where the things are happening,” said Ralph Toninger, the associate director of restoration and resource management at the Toronto and Region Conservation Authority (TRCA), whose role involves rebuilding and rehabilitating wetlands.

They also bolster coastlines against waves, flooding and erosion from higher sea levels, fuelled by the climate crisis. Balke is working on a project aimed at protecting those qualities ⁠— the cities of Surrey and Delta and the Semiahmoo First Nation have teamed up to create a “living dike” by gradually raising the elevation of a salt marsh on Boundary Bay in B.C. Their hope is that plant life will adapt over time, so it can keep protecting the shore.

Of all the types of wetlands, peatlands ⁠— soggy, spongy areas where organic matter builds up over time, mainly found in Canada in the boreal forest ⁠— tend to hold the most carbon. They can be several metres deep. But droughts, wildfires, the thawing of permafrost and rising sea levels, all driven by the climate crisis, can put them at risk.

Swamps, bogs, marshes and peatlands have long been misunderstood or overlooked. But in reality, they’re vital carbon sinks and play key roles in protecting us from the fallout of extreme events caused by climate change.

Humans can protect them by limiting the amount the atmosphere warms, and failing that, avoid draining and developing the peatlands we have left, said Maria Strack, a professor at the University of Waterloo’s department of geography and environmental management and a Canada Research Chair in ecosystems and climate.

“If we can try to avoid those and keep peatlands wet, then that will help in the face of ongoing climate change, as well as help to just protect that carbon stock that's helping us in the fight against climate change already,” she said.

In heavily developed southern Ontario, where Toninger works, three-quarters of the wetlands that once covered the landscape are gone. Settlers cleared many of them 200 years ago to make room for agriculture.

Now, Toninger and the TRCA are working to restore the natural flow of water through wetlands as much as they can to bolster defences against extreme flooding events, which are expected to happen more as the climate shifts. That work can make more economic sense than traditional infrastructure upgrades, he added.

“There's so much gratification in wetland restoration because it happens so fast,” Toninger said. “A wetland in Year 1 is already contributing, it's already storing water, it’s already fixing carbon like crazy.”