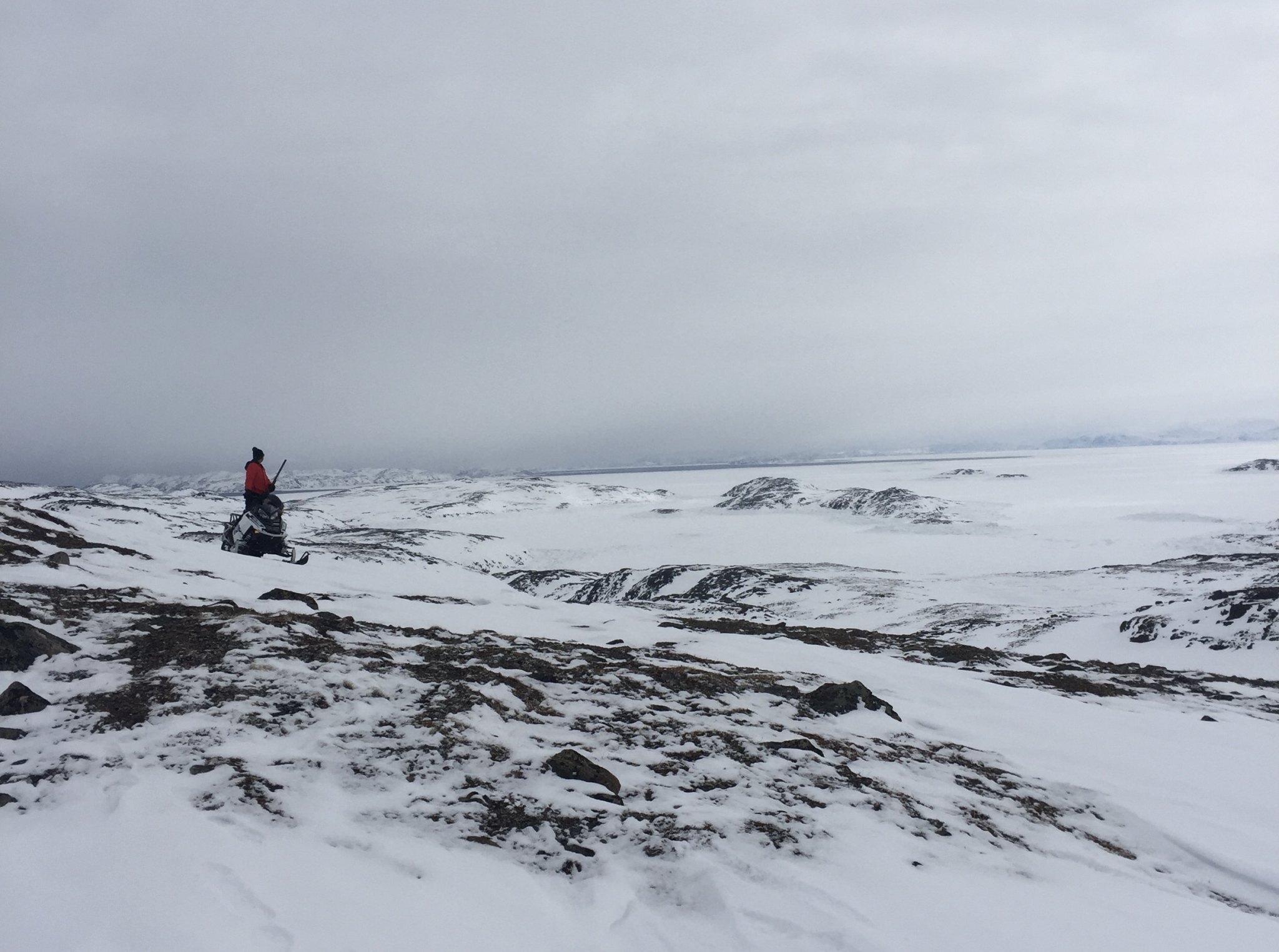 Country foods, or traditional foods like caribou, Arctic char, and ptarmigan, account for between 23 and 52 per cent of protein for Inuit, according to the strategy document. Photo by Marc Fawcett-Atkinson
Previous story
Next story

Ending food insecurity in Inuit Nunangat — the Inuit homeland in Arctic Canada — will require profound transformations to reduce poverty, bolster airports and harbours, and undo decades of harmful colonial policies, according to a new plan by Inuit Tapiriit Kanatami, the national organization representing Inuit in Canada.

The rate of food insecurity among Inuit is roughly eight times above Canada's national average, according to Statistics Canada. About two-thirds are food-insecure in the vast region, which encompasses Nunatsiavut, Nunavik, Nunavut, and the Inuvialuit Settlement Region.

The groundbreaking strategy calls for broad changes to drastically reduce poverty, a key driver of food insecurity, among Inuit. It also prioritizes efforts to support local harvesting and food production, building better ports and airports, and introducing a suite of measures to make groceries more affordable, especially for those most in need.

“We have huge challenges in the ability to afford store-bought food, the ability to go out on the land and have the equipment and material to harvest,” said Natan Obed, ITK's president. “These combined have made this problem, and the only way that we can address it is to understand the system for what it is and reform it, so it operates in a sustainable way.”

Store-bought foods in Inuit Nunangat often cost two or three times more than what they would in southern Canada, yet the median income for Inuit in the region is $23,485 compared to $93,011 for non-Indigenous people, the strategy notes. Not only does that make it difficult for many Inuit to afford store-bought foods, low incomes can also impact ability to harvest country, or traditional, foods.

Hunting and fishing account for between 23 and 52 per cent of protein and a significant proportion of micronutrients for Inuit, in addition to playing a vital cultural and social role. However, tumbling caribou populations, climate change and pollution, and a suite of other factors have made some of these foods harder to access.

Inuit did experience temporary food scarcity prior to colonization, but lasting hunger was historically rare, the strategy notes. That changed starting in the early 1900s as colonial policies — including forced settlement, residential schools, strict harvesting laws, and the government-led slaughter of Inuit sled dogs — blocked Inuit access to traditional foods and self-determination.

"We have huge challenges in the ability to afford store-bought food, the ability to go out on the land and have the equipment and material to harvest," said @natanobed.

At the same time, a handful of grocers and shipping companies established themselves in the region, some closely linked to fur trading corporations like the North-West Company and the Hudson's Bay Company, explained Tracey Galloway, a professor of anthropology at the University of Toronto. Resupplied by sea or air, these stores remain essential for Inuit to access food, and also supply many of the tools needed to harvest on the land.

“When people are trying to practise their self-determination through food, they're going to supply themselves at the same store that is the access for market foods. So ammunition, fuel, bait, are sold through the same retail stores. It really becomes a choke point,” she said. “That relationship of communities to their retailers in Canada is colonial, because we relied on these private companies — the North-West Company, the Hudson's Bay Company — for colonization.”

While some changes have occurred over the years — for instance, two large Inuit-owned co-operative stores now serve parts of Inuit Nunangat alongside a private corporation and a few independent stores — the region's grocers still hold immense power over people's access to food. Not only do they co-ordinate most flights and sea shipments, the businesses are also responsible for delivering Nutrition North, a federal food subsidy program.

That's a problem, Obed said. The Nutrition North program, created in 2011 by the Harper government, does not distinguish between customers, meaning the subsidy does not address the uniquely challenging financial circumstances many Inuit face compared to better-paid non-Indigenous northerners. Moreover, it doesn't require retailers to specify how the subsidy is being applied, making it nearly impossible to verify if they are inflating food prices.

“(Nutrition North) is not a targeted subsidy, it does not aim to address the most acute people in need of food security, and it is not accountable and transparent. We need government interventions for food security to be targeted. We need them to be social programs. We need them to help innovate access to healthy, nutritious food,” Obed explained.

Furthermore, the strategy notes the region lacks critical infrastructure to get food into Inuit communities cheaply.

Only two communities, Inuvik and Tuktoyaktuk, have year-round road access, and most rely on gravel runways for air access. Even Iqaluit, the region's largest city, lacks a proper port: The only pier capable of handling larger boats like deep-sea fishing vessels or cargo ships is in the 1,400-person hamlet of Pangnirtung, several hundred kilometres away on the east coast of Baffin Island.

Not only does this lack make the cost of foods from southern Canada skyrocket, Obed added it means Inuit can't access any of millions of tons of turbot, Arctic char, and shrimp harvested in Arctic waters — fisheries worth roughly $18 million, according to the strategy — which are instead shipped out of the region to be processed and sold.

“Historically, systemic racism has played a massive role in the way in which our infrastructure deficit and our socio-economic status has been affected. There has just not been an interest to address the crisis, or create equity,” Obed said, adding that the strategy is a first step that aims to guide future policies and government investments to undo Canada's harmful — and ongoing — colonial legacy.

“We want to end hunger in our communities. We want to make sure that Inuit aren't going to bed at night hungry, or that people aren't choosing to feed their other family members instead of themselves. I believe that's possible,” he said.

Get rid of the sloganeering

Get rid of the sloganeering in the headline. Slogan means ‘war cry’ in Gaelic. Slogans don’t help reconciliation between indigenous nations and Canadian governments.

“Colonialism,” the way it’s used here, is a slogan. During real colonial times there was no food insecurity in the Arctic. By 1931, there was no part of Canada that was a colony or British Crown commercial charter like Rupert’s Land (Newfoundland was most recently a Crown Colony until the instant it became part of Canada in 1949 whence its governance was severed from Britain—that is, it was decolonized). Food insecurity in the Arctic only began when Canada was an independent country, not a colony. That crime against humanity was and is a national, not colonial doing.

Thus, using the term “decolonize” is equally unhelpful in achieving reconciliation. Opponents easily convert that slogan to their own ends: they allege the demand means “denationalize” and accuse proponents of subversion, treason, or evil —which of course is alarmist and incendiary— and not at all what indigenous nations are petitioning for. But it’s enough to sway the easily duped low-info faction of the electorate who press representatives to continue official negligence of Canada’s constitutional obligations (because the SCoC has made it impossible to reverse them politically). Using slogans effectively dumbs down the complex task ahead until nothing useful gets done—which, naturally, is what opponents to reconciliation want.

So far they are winning—but less and less all the time. This progress is precious and should not be squandered by using contentious language.

It’s okay to quote someone who uses euphemistic or sloganistic words. However, in every case, such language should be identified as opinion, colloquialism, or provocation from a particular point of view—otherwise it is inaccurate, non-factual, and potentially unhelpful or harmful.

There is, in fact, no colonialism in Canada. French, Scottish, English (thence UK), Russian, and Spanish colonial claims were extinguished long ago along with such respective colonial administrations that existed. It follows that the oft heard demand to “decolonize” has no legal or, with respect reconciliation, practical meaning. Indeed, it foments reaction from bigots and is therefore detrimental to reconciliation.

While it’s true that the SCoC has clarified that Canada does have constitutional obligations to ensure rights and title to indigenous nations, to the extent we need governments to implement reconciliatory policies, the matter of getting it done is still partly in the political realm where slogans are stock partisan weapons. There is no political process (save the virtually impossible-to-achieve Constitutional Amendment) by which Aboriginal Rights and Titles can be abrogated, but so long’s we depend on governments to act, partisan politicking still has the ability to gin bigotry and impede fulfillment of constitutional obligations—that is, disarmed of political/majoritarian ways to reverse or rescind Aboriginal Rights and Titles, the only tactic left for opponents is to continue the sin of omission. Therefore, slogans—the tool of partisan contention—should be avoided in the context of reconciliation.

Slogans are the only political thing left for naysayers to do. And they will do it as if their supremacist influence depends on it. Because it does—but that’s all it does.

Get rid of sloganeering in your reportage. It only provokes counter slogans and, eventually, encourages the singing of war paeans. Call state criminality by Canada what it is: massive, prolonged, and damaging breaches of trust and duty which should and can be atoned for in a vast and rich nation. We don’t need euphemisms for that, especially if we’re going to generate good will towards reconciliation and proceed through the complex legal and constitutional negotiations required in which sloagnistic terms will never be accepted.

You appear to be using a

You appear to be using a peculiar definition of the word "colonialism" which is quite distinct from how I've ever seen the word used either in normal day to day usage or scholarship. I don't think it would match most dictionary definitions either.
In some areas it's possible for one person to be correct about something while everyone else is wrong. But in language, not so much--a word can't "mean" something if nobody uses it to mean that. I would suggest that it's you who needs to adjust your usage.