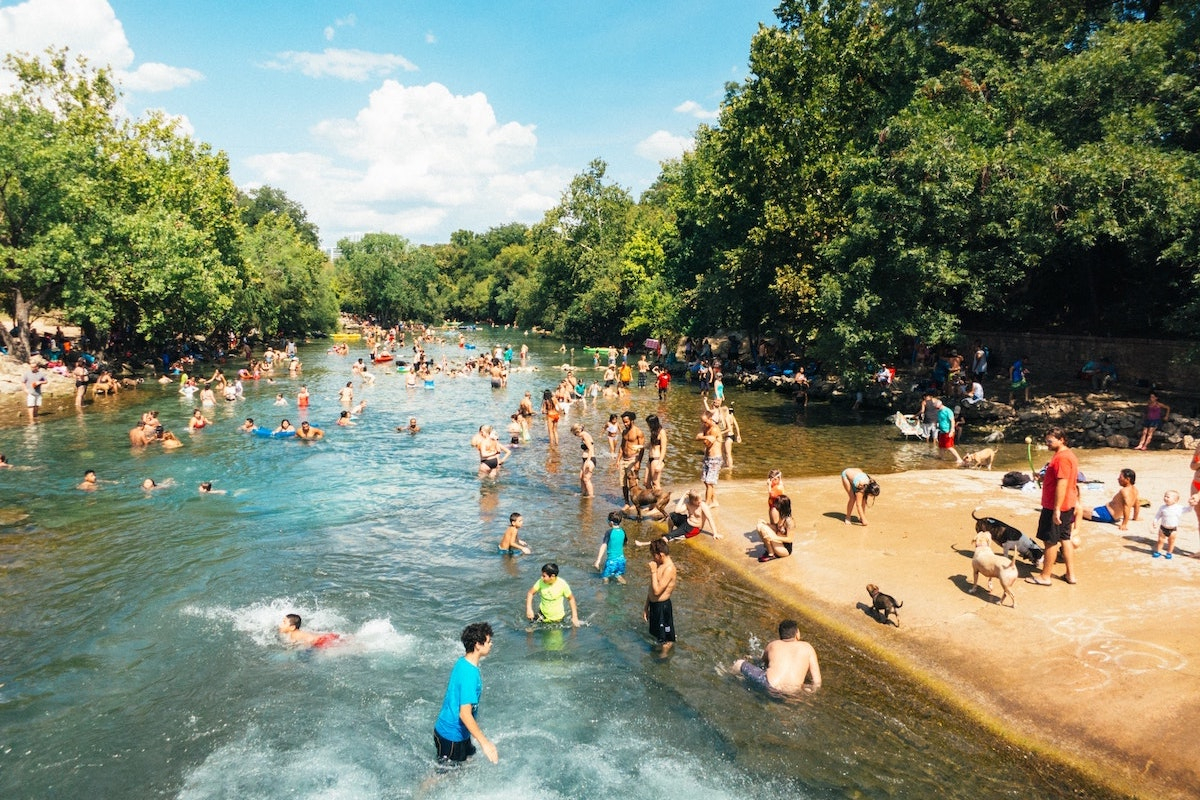 You know a heat wave when you feel it — oppressively hot weather that makes you desperate for an ice-cold drink, or better yet, air conditioning.

But nailing down what counts as a heat wave is surprisingly tricky. Temperatures vary widely from place to place — normal summertime weather in Las Vegas would be considered scorching in Seattle. Then there’s the matter of climate change. How do you even say what “normal” temperatures are when heat records are getting obliterated, sometimes over a weekend?

This isn’t a matter of semantics. It’s a matter of life and death. Excessive heat, according to the National Weather Service, is the No. 1 weather-related killer in the United States. Defining a heat wave helps cities know when and how to respond to deadly temperatures — issuing heat advisories, sharing tips for surviving the heat and opening up cooling centres.

Recent heat waves across the West have helped fuelled wildfires now raging in Oregon, Washington and California much earlier in the summer than usual. The Southwest blistered in its third heat wave of the summer last weekend, driving temperatures to new record highs. Death Valley had what’s thought to be the hottest 24-hour-period on the planet, averaging 118.1 degrees F (47.8 C) on July 11.

And last month overall was the hottest June in North America’s recorded history. Two weeks ago, an unprecedented “heat dome” turned the Pacific Northwest into an oven, killing more than 200 people in Washington and Oregon and hundreds more in British Columbia. The heat reached 116 degrees F (46.6 C) in Portland, breaking streetcar cables. It melted almost three feet of snow off Mount Rainier in Washington and broke Canada’s all-time high at 121 degrees F (49.6 C), fanning the flames of a fire that burned down the town of Lytton in British Columbia.

“The temperatures were unbelievable,” said Kristie Ebi, a professor of global health at the University of Washington in Seattle. The heat wave was literally off the charts for what climatologists predicted was possible in the Pacific Northwest right now, she said, and it’s changing what models are showing for the future. A study out last week suggested that this particular heat wave would have been “virtually impossible” without climate change.

If the world warms more than two degrees C (3.6 degrees F) above pre-industrial levels, researchers found, a heat wave this bad could happen every five to 10 years, becoming a recurring nightmare. Blistering temperatures are raising the bar for what’s “really hot” — the extreme heat of the past might someday be your average summer weather.

“There are hundreds of heat wave early warning systems around the world. A lot of work went into each one of those to define what is a heat wave,” Ebi said. “And a question that myself and many others keep posing is: How are you going to decide when you’re going to change that definition?”

Heat wasn’t top of mind for public health experts until relatively recently. In 1993, the City of Philadelphia launched the country’s first heat warning system, issuing alerts and assigning health workers and block captains to check in on older adults and people without homes. Further attention was brought to the problem in 1995, when Chicago was hit by triple-digit temperatures that killed more than 700 people in a week.

There are some general definitions for heat waves, although they’re a bit technical. The World Meteorological Society, for example, says it’s when five days in a row have a daily high temperature that’s hotter than the normal high by nine degrees F. Going by other definitions, however, a heat wave might only be two days long, or have a different threshold to determine what truly counts as “hot.” For studies on heat, Ebi said, scientists sometimes analyze the top 95 per cent of temperatures in a given region. Looking only at highs ignores other important factors: Summer nights, for instance, are warming even faster than the days, leaving homes with little chance to cool down in the evenings, a lethal risk for people without air conditioning.

Scott Sheridan, a professor of geography at Kent State who has helped create heat warning systems across the globe, says that the first step in setting a local threshold for heat waves is looking at what kinds of weather conditions cause an increase in hospitalizations and mortality. The human body can adapt to warmer temperatures, to a degree, meaning that the definition of dangerous heat might fluctuate with the season. A heat wave in the spring or early summer can be very deadly without reaching temperatures seen in August — evidence suggests that more people die from heat earlier in the season.

Heat wave boundaries are also sometimes used to determine what counts as a heat-related death. In New York City, for instance, an extreme heat event is defined as a period of at least two days where the heat index reaches 95 degrees F (35 C), or one day of at least 100 degrees (37.7 C). Advocacy organizations say that differing definitions for what counts as a “hot day” are one reason that the city might be undercounting heat-related mortality.

Heat waves are hard to define because they’re not simply determined by a set of meteorological conditions, but what those conditions mean for health. Ebi says she’d like to see a tiered warning system where meteorologists start issuing early heat warnings for vulnerable people — like adults over 65, babies, outdoor workers and people with underlying medical conditions — when the weather puts them at risk, “so it’s not one message for everybody.”

To add to the complexity, heat interacts with the way towns are built. A phenomenon called “urban heat island effect” means that cities are hotter than surrounding areas like fields or forests, since tall buildings, dark roofs and pavement soak up the sun’s rays. And historically red-lined districts, with more freeways and fewer parks and trees, can be up to 19 degrees F hotter than the coolest neighborhoods.

Cities are at least better prepared for heat waves than they used to be, Sheridan said, although many are not ready for the unexpectedly hot days that climate change is bringing. In Seattle, for example, only 31 per cent of homes had air conditioning in 2013; in 2019, 44 per cent did, and that number is climbing fast.

So how do you set a local bar for heat waves when the average temperature keeps climbing? For now, most local definitions are staying the same. Sheridan said that he didn’t know of any places that had already increased their thresholds, but it’s something that’s often talked about as an eventuality. The one thing you don’t want to do is declare a heat wave is coming so often that nobody pays attention anymore, he said.

“If you issued a heat warning every time the temperature was above 90 in Phoenix, you know, you would be doing that half the year.”

By Alexander C. Kaufman | News | July 6th 2021
Reports from the Race to a Safer World