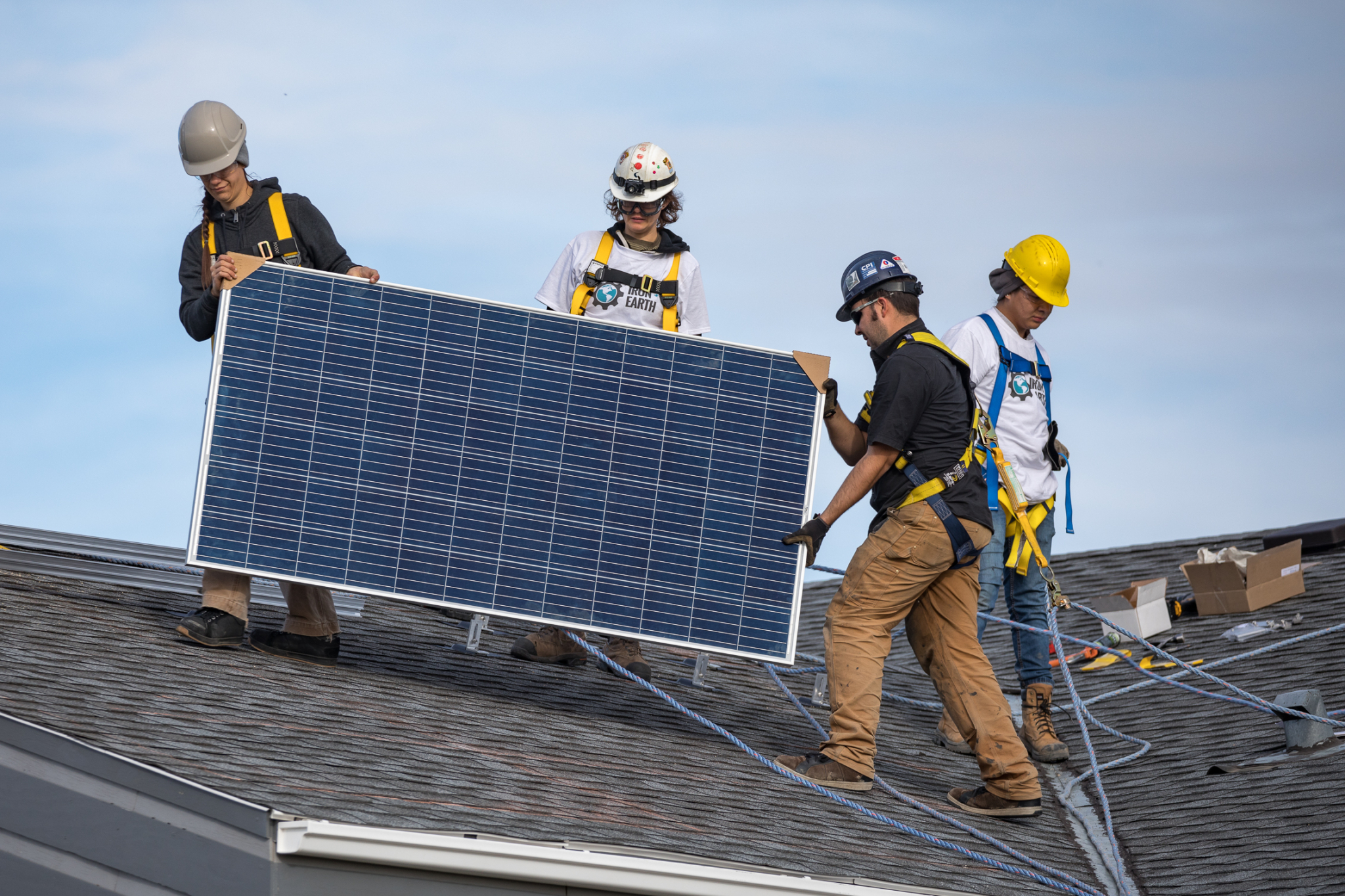 The federal government is asking Canadians to provide feedback on potential elements of its proposed just transition legislation.

In an announcement Tuesday afternoon at Donovans Industrial Park in Newfoundland and Labrador, Natural Resources Minister Seamus O’Regan launched a process that will consult provinces and territories; First Nations, Inuit and Métis communities; labour and non-governmental organizations; small business owners and industry on how to best make the transition to a “low-carbon future for workers and their families.”

“We'll be sitting down with workers to hear exactly what they need from us,” O’Regan said at the announcement.

Starting in August and running through September, virtual consultations with workers, communities, provinces and territories, Indigenous people, and businesses will take place by invitation. Canadians not involved in those talks can email feedback to Natural Resources Canada and learn more at the government's just transition website.

Federal Green Party leader Annamie Paul said it remains to be seen whether this is a serious commitment.

“If the government is serious about a just transition, if they're serious about getting this work done that has been delayed for so long, then they should make sure that they don't call an election in August or September, that they should get back to work in September after the summer recess and make sure that the consultations happen and that the bill is introduced,” she said.

NDP critic for environment and climate change Laurel Collins said it's disappointing the Liberal government is only now talking about a Just Transition Act after promising one in 2019.

“It looks like they're ramping up for an election, so it puts into question their sincerity and actually following through on the engagement promises, never mind actually implementing a Just Transition Act,” said Collins.

Engaging with workers is vital, she said, but the government should have started these consultations immediately instead of waiting two years.

At the announcement, O’Regan said part of the logic for not beginning work immediately was because of the instability of the oil and gas industry, and the pandemic. He said now that the industry is more stable, Ottawa can start the conversation.

Collins added that the outcome of this announcement should be not just an engagement process, but also the funding to create good jobs by investing in things like transportation infrastructure, green retrofits, and affordable housing. These investments will be necessary to facilitate an equitable transition, she said.

The government’s commitment to consult with workers is a positive move towards a just transition, said Luisa Da Silva, executive director of Iron and Earth, an oilpatch worker-led organization trying to ensure a prosperous transition towards global carbon neutrality by 2050.

But for these consultations to result in strong legislation, Da Silva said the process needs to be as inclusive as possible because many fossil fuel workers live in remote communities and may not be able to easily send in their feedback virtually.

“(The government) can't rely only on virtual resources, they also have to make the effort to reach out to the more remote communities and anybody who is limited by virtual communication to ensure that their voices are also heard,” she said. “Especially since those are the communities that will benefit the most and be most affected by the just transition legislation.”

She hopes the government will listen closely to the needs of workers and see that what they need is paid upskilling programs to prepare them for the transition.

A recent poll from Iron and Earth and Abacus Data found that 90 per cent of fossil fuel workers surveyed believe they could transition to at least one type of net-zero technology with 12 months or less of training, but 61 per cent of workers worried about having to invest money for retraining.

Rapidly upskilling the whole fossil fuel industry workforce would cost upwards of $5.5 billion, according to Iron and Earth, and Da Silva said it will be necessary to ensure no fossil fuel or Indigenous workers are left behind.

The 2021 budget earmarked $2 billion to create new work opportunities over the next five years, including $250 million to help workers transition.

A discussion paper released Tuesday says the just transition legislation could establish a permanent external advisory body to advise the government on transition strategies, and is asking Canadians to weigh in on who should be on the advisory body, what its mandate should be, and other considerations.

When asked who would likely be part of the advisory body, O’Regan said that has yet to be determined, “but certainly those who are most directly affected take priority, and for me, the priority in this portfolio has always been workers and their families.”

Da Silva said it is important the advisory body has the authority to ensure workers’ needs are centred and shape the legislation.

“The risk is that an advisory board gives advice and that advice is not followed, making this an empty tick-box exercise,” she said. “We'll be watching to see if the advisory board has the power not only to consult with workers, but also to translate their needs into actions that will actually help workers pivot to the net-zero economy.”

Can we please call it

Can we please call it something other than a 'just transition' ? I feel that focusing this discussion on the process of transitioning workforce to new 'skills' creates a myopia and takes focus off of the underlying imperative at hand which is to turn the Titanic in a bathtub. We don't have a lot of time and the powers that be fiddle around and shuffle along giving lip service to an urgent and existential problem that requires a forklift approach now.
Create the framework to transition. But transition the infrastructure and societal systems from burning things to using 'renewables'. From combustion to electric, from unsustainable to sustainable, and from indifferent to determined.
Where is the 5, 10, and 20 year plans and roadmaps to actually scale back fossil fuel extraction and use? I think we need urgent focus and resources to build the next gen realities of power distribution and generation, to push forth better construction realities, and to show us what the new future will look like. I think the discussions about workforce migration and change patterns will become more clear and hence less prone to noise and fruitless consultations when we can see where this is going.
Certainly, turning armies of workforce requires immense planning and preparation but if everybody is in the dark it's 'just' going to be more of the same clusterf*ck. Our grandchildren deserve better.

There can be no just

There can be no just transition without a transition. What is happening, however, is a doubling down on fossil fuels: buying, building and operating a pipeline that carries extremely carbon heavy dilbit to overseas markets. Large subsidies and armed support for LNG, which is as carbon intensive as coal. Subsidies and support for wood pellets, which are made from whole trees, and burnt in a British thermal power plant (Drax). That is not a transition. It is cementing the status quo.

How about a just transition

“Trudeau” ?
That’s the kind of crude crap headline I thought I was getting away from by supporting the National Observer..
Surely there are better available copy writers than who-ever provided this crude clickbaiting.
Tacky, and crude.
And beneath your standards.