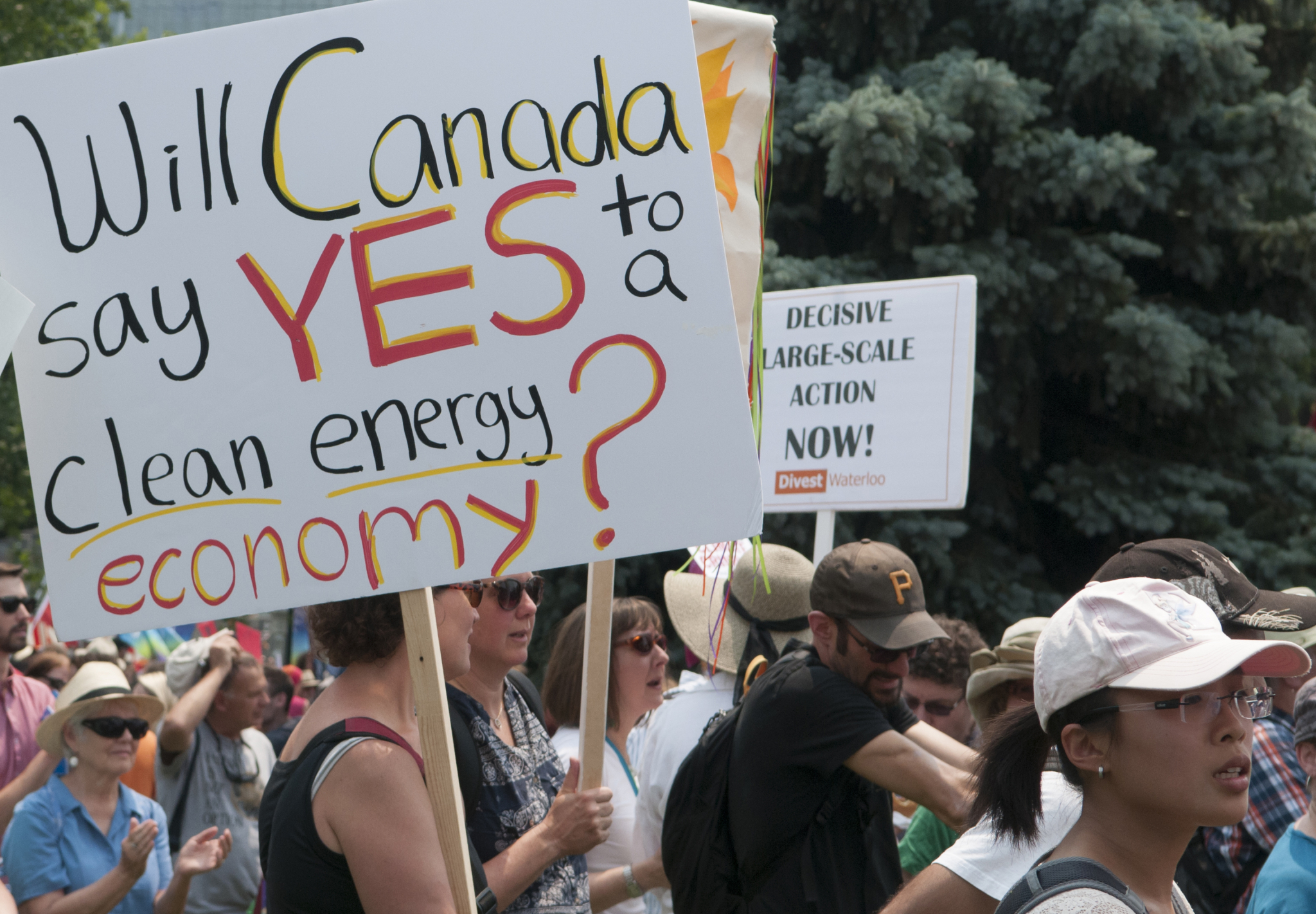 Canada cannot save the oil industry, which is why we need a Just Transition Act, writes Hadrian Mertins-Kirkwood. Photo by Shutterstock
Previous story
Next story

The cancellation of the Keystone XL pipeline project by a new, climate-focused U.S. president is the latest major blow to Canada’s fossil fuel industry. But it’s no secret that even before the COVID-19 pandemic decimated the economy, the sector was already reeling from falling demand and low global oil prices.

As a result, Canadian fossil fuel employment has been steadily declining since 2014. And due to reduced investment and labour-cutting automation — not to mention new climate policies in line with Canada’s commitment to achieve net-zero emissions by 2050 — most of those jobs will never come back.

In the long run, Canada cannot save the oil industry — at least, at anything resembling its current size. Our only real choice is between a managed transition to a lower-carbon economy or an unplanned collapse reminiscent of so many previous resource busts. And that is exactly why we need a Just Transition Act.

In 2019, the federal Liberals promised to introduce a Just Transition Act to support workers and their communities in the transition to a low-carbon economy. It was a commitment welcomed by workers and environmental groups alike, but despite assurances from the ministers of environment and natural resources, no legislation has yet been tabled. Budget 2021 is set to be presented on April 19. The government says it will focus on building a clean economy. Establishing a just transition framework is long overdue.

The ministers responsible for this legislation have provided little indication of what it might contain. That’s a serious risk to workers because weak legislation may be worse than no legislation at all if it lets the federal government claim to be taking action without addressing the real needs of vulnerable communities.

A Just Transition Act that is too narrowly focused, such as a policy that only applies to workers directly employed in fossil fuel facilities, may exacerbate inequality by excluding marginalized people in those same communities. For example, food service workers, who are more likely to be low-income, and racialized and women, will also lose their jobs when oil or gas projects shut down.

A plan that is too modest, such as a policy to provide income support but not invest in economic diversification, will fail to ensure workers have access to good, green jobs into the future.

What constitutes strong transition legislation? New research and best practices from around the world point to five key principles for an ambitious and comprehensive Just Transition Act — one that rises to the challenges facing Canadian fossil fuel workers and their communities.

The first principle is a recognition of rights. No climate policy should undermine worker rights, Indigenous rights or basic human rights. We can reduce emissions — and we must — without oppression, exploitation or undue hardship.

The second is participation. Anyone affected by the transition from fossil fuels must have a say in the path forward, including labour unions, municipalities and Indigenous groups.

Canada cannot save the oil industry — at least, at anything resembling its current size — which is why we need a Just Transition Act, writes @hadrianmk @ccpa @acwyorku #JustTransition #ClimateAction #ClimateJustice #cdnpoli #cdnecon

The third principle is economic security. Workers whose jobs are threatened by climate policies should have access to government income support and other benefits, whether they work directly in the fossil fuel industry or in other sectors that depend on it. Generally speaking, this must include compensation, retraining and career support, job transfers and pension-bridging.

The fourth is the creation of new economic opportunities. Government support cannot end at the social safety net. The public sector has a role to play in accelerating economic diversification and job creation in communities transitioning out of fossil fuel production.

Finally, a strong Just Transition Act must include proactive workforce development. Many more jobs are being created in low-carbon industries than are being lost in high-carbon industries. We need to train more people for this work, especially people from groups that have been historically excluded from employment in the skilled trades, such as women, immigrants and racialized workers.

Achieving a just transition won’t be cheap. Research from the Canadian Centre for Policy Alternatives pegs the cost of these measures at $16.5 billion per year, while Seth Klein has argued that $20-40 billion per year is more appropriate.

But the cost of inaction — allowing Canada’s fossil fuel regions to dwindle and collapse with no alternative in place — will be much higher. For those regions, a robust and well-funded Just Transition Act offers a viable path out of a dying industry. For the rest of the country, it offers a path to a more inclusive and sustainable economy over the long term.

As it becomes increasingly important for Canada to respond to climate-focused initiatives by the administration of U.S. President Joe Biden, we must remember that a just transition to a cleaner economy is both possible and desirable. A strong Just Transition Act can help us get there.

Hadrian Mertins-Kirkwood is a senior researcher with the Canadian Centre for Policy Alternatives and co-author with Clay Duncalfe of the new report Roadmap to a Canadian Just Transition Act: A path to a clean and inclusive economy, co-published by the CCPA and the Adapting Canadian Work and Workplaces to Respond to Climate Change research program, based at York University.

I guess it is obvious why

I guess it is obvious why anti-oil crusaders use 2014 as their base line for extrapolating the death of Alberta's oil industry - that's when oil peaked at $100 a barrel. Of course it has declined since then, but not in any sense steadily. Its plunge to $0 on Covid lock-down had nothing to do with long term demand. Due to the post Covid recovery, oil closed at $63 a barrel on March 31. Fortunately for Alberta, but unfortunately for the death-of-oil arguments, well above the breakeven point for oil [tar] sands. Realistically, Alberta's oil industry will undergo a modest recovery, and if TMX is completed, last long enough to give the ROC a chance to go green with a Just Recovery but without the added burden of bailing out a new have-not province. Alberta might even use some of those recovery royalties to boost on-going geothermal, wind and solar initiatives - and the NDP might form government again - just get'r done!

What would the break-even

What would the break-even point be if they had to pay for all the downstream damage, and figure in contributions to a fund to put astroturf over the abomination the tar sands has become?
What if they had to pay out damages to all the families downstream whose families have seen an inordinate frequency of deaths from unusual cancers, at the same time as the fish they used to live on carry tumors and myriad birth defects?
What would the break-even point be if oil-and-gas had to pay its own costs and expenses, instead of being heavily subsidized by the federal and provincial governments?
Aren't those the relevant questions?