By John Woodside | News, Business, Energy, Politics, Ottawa Insider | July 21st 2021
#1642 of 2006 articles from the Special Report: Reports from the Race to a Safer World 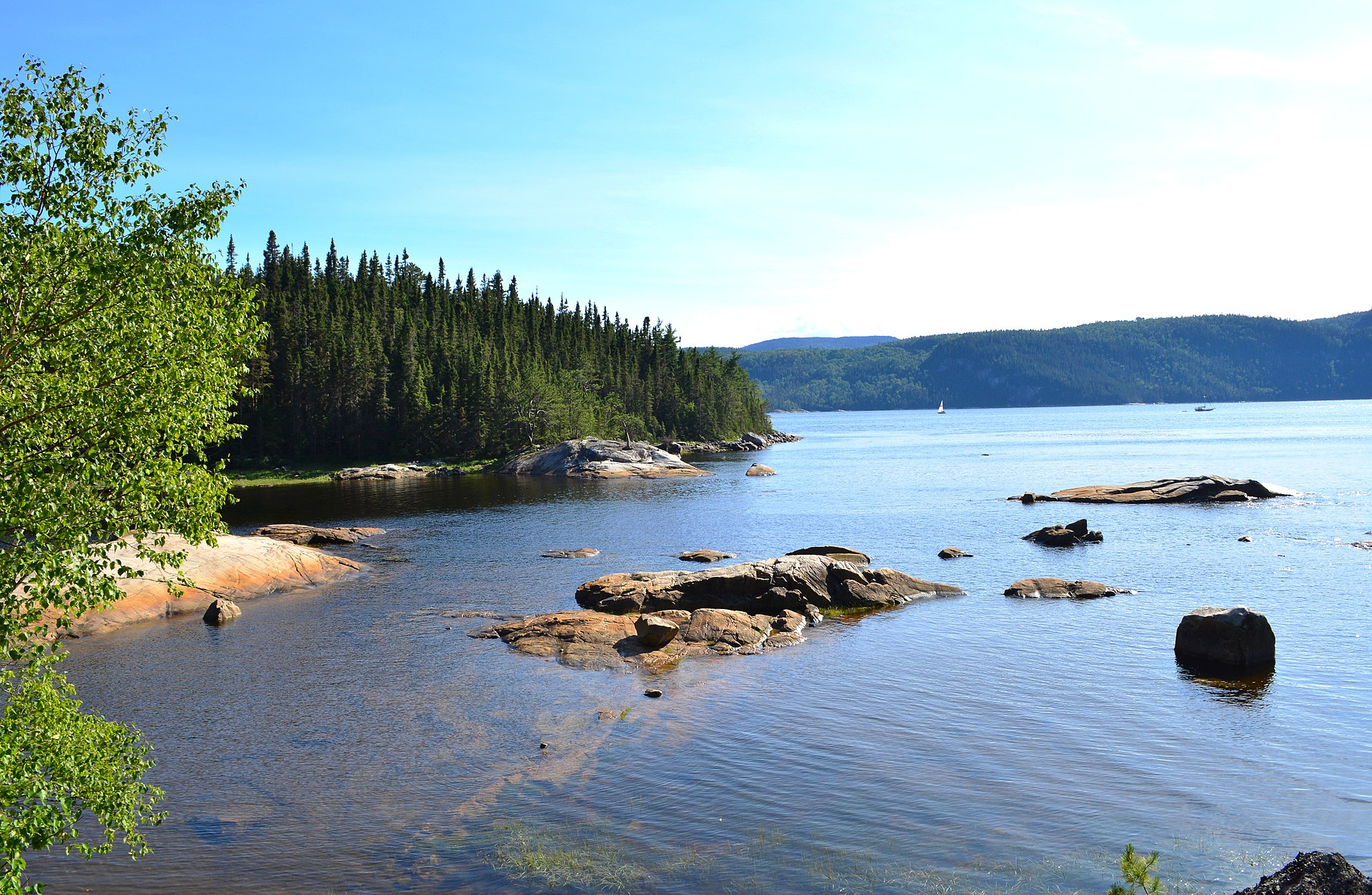 The Saguenay Fjord between Baie-Sainte-Catherine and Tadoussac in 2017. Photo by Pierre André / Wikimedia Commons
Previous story
Next story

After a groundswell of opposition to GNL Québec’s multibillion-dollar natural gas project, the provincial government has rejected the plan. Now advocates say it’s time for other governments to follow suit.

The $14-billion proposal would have moved fracked natural gas from northern British Columbia and Alberta to a liquefaction plant and export terminal at the Port of Saguenay. The company was aiming to export 11 million tonnes per year. GNL Québec said it would be a carbon-neutral facility by offsetting its “direct” greenhouse gas emissions, and that it would help offset dirtier pollutants, like oil or coal, around the world.

But as the public learned more, opposition grew. More than 120,000 Quebecers signed a petition against it, and 648 scientists, 250 health professionals, 40 economists, three Innu communities, and all opposition parties were publicly opposed to the project.

“The promoter has not succeeded in demonstrating this, on the contrary,” he told reporters, adding the government is worried it would discourage natural gas buyers elsewhere from moving to cleaner energy sources.

“This is a project that has more disadvantages than advantages,” he said.

Quebec’s decision to reject the LNG export facility is understood to be a death blow to the Gazoduq pipeline that would have linked the new export facility to the pipeline network stretching to Alberta.

“With the death of the Energy East pipeline in 2017, the setback of Goldboro LNG earlier this month, and the rejection of GNL Québec today, we can finally look forward to a future without new pipelines in la belle province,” a flock of environmental groups said in a statement.

“We must work to implement an ecological and social transition by putting forward sustainable economic development projects that respect nature.”

“We are obviously disappointed and surprised with the decision and the board of directors is currently evaluating next steps to address this challenging decision, which impacts our employees, investors and stakeholders,” said Louis-Martin Leclerc on behalf of GNL Québec.

A poll from March showed a majority of Quebecers opposed the project. More than 2,500 briefs were filed opposing it during its provincial environmental assessment, and a 500-page report from the Bureau d'audiences publiques sur l'environnement (BAPE) detailed just how polarizing the project would be, and questioned whether exporting gas would actually reduce global greenhouse gases.

After a groundswell of opposition to GNL Québec’s multibillion-dollar natural gas project, the provincial government has rejected the plan. Now advocates say it’s time for other governments to follow suit. #cdnpoli #LNG

It “was proposed on the premise of supplying fracked gas to the world as a climate solution, and Quebec's government showed a lot of leadership by saying that's completely untrue,” said Julia Levin, senior program manager for climate and energy at advocacy group Environmental Defence. “This will lock those countries into continued dependence on fossil fuels at a time when we have to be moving in the opposite direction.”

Levin called the rejection of the facility a “people-powered victory” against the notion fracked gas should be used as a bridge fuel.

The idea “Canada can help global decarbonization by doubling down on fracked gas (is) a lie,” Levin said. “It's irresponsible for premiers in other parts of the country to continue to latch onto that lie.”

Levin called it a form of climate denial by defining denialism as a failure to act at the scale required by the crisis, even when understanding the crisis is real.

“So if you're continuing to approve LNG projects, like the premier of British Columbia, it's hard to not say you're a climate denier,” she said.

There are three LNG projects under consideration in British Columbia. Premier John Horgan’s office says future LNG projects must live up to the province’s climate commitments, and it will require proponents to show how emissions will be reduced.

This story was updated to include comment from Premier John Horgan's office.

If I read this correctly,

If I read this correctly, many Quebecois and their government are opposed to burning natural gas for energy. Should Alberta and BC do them and the world all a favour by turning off the gas at the boundary and leaving the balance in the ground? But there is not enough electricity at Hydro Quebec to heat the whole Province. Desole!

Are you sure? They'e selling

Are you sure? They'e selling it to the US at a pittance.

Re: "Horgan’s office says future LNG projects must live up to the province’s climate commitments, and it will require proponents to show how emissions will be reduced."

Because up until now, they didn't. From the mouths of offices.