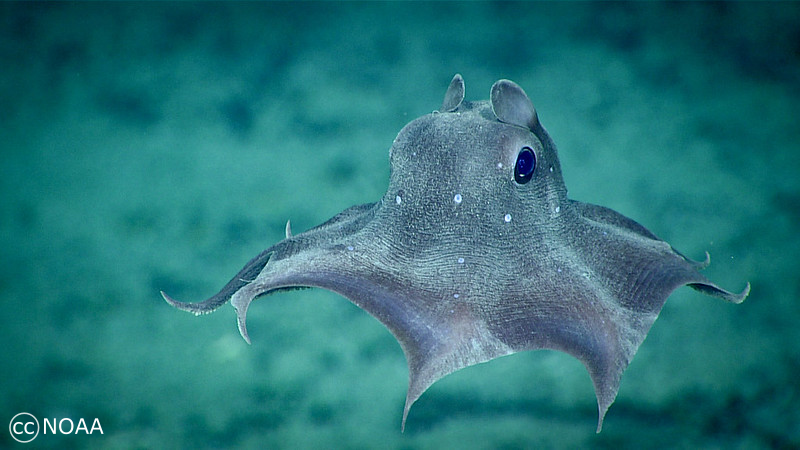 With demand for dozens of metals surging worldwide, companies are racing to develop machines capable of digging up the seabed hundreds of miles offshore. Among those leading the charge is a Canadian company, The Metals Company, which wants to extract mineral-rich “nodules” from deep beneath the seas.

The process can bring valuable minerals to the surface, yet hundreds of scientists warned deep-sea mining could devastate fisheries and negatively impact delicate and little-known ocean ecosystems.

“There's been a fair amount of attention paid to all kinds of facets of deep-sea mining, from species extinction to human impacts and climate change,” said Doug McCauley, a professor of ocean science at the University of California Santa Barbara. “But the big missing piece in this conversation is if — and how — would deep-sea mining affect fisheries?”

The industry's impacts on deep-sea fisheries, including the world's $40-billion tuna fisheries, could be severe, according to a study published this month.

Like mining ventures above ground, deep-sea mining will generate waste or tailings, which companies plan to release into the ocean. Researchers fear these plumes of sediment will smother sea creatures living deep below the ocean surface, explained Jesse van der Grient, a postdoctoral researcher at the University of Hawai'i at Mānoa and the study's author.

“When (miners) are collecting minerals from the seafloor, they will also be collecting sediments. It's likely they're just going to release these back into the ocean,” she explained.

Citing trade secrets, ocean mining companies have so far declined to say at what depth they release this plume, but van der Grient said it will likely be somewhere between 200 metres and 1,200 metres below the ocean surface. That's the middle of a “really unique” ecological zone, she explained.

Each night, most animals that live at those depths migrate towards the surface to feed on phytoplankton and other small creatures that live near the warmer, brighter surface waters. These creatures — essential food for tuna and other commercially valuable species — will likely be harmed if they become engulfed by massive sediment plumes.

“There's no experimental data on how suspended sediments in deep water will affect these animals ... but it is very likely they'll be impacted,” she said, noting studies have shown that sediment plumes impact the breathing, reproduction, feeding, and survival of species living in shallower waters. “We're talking about the clearest waters on the planet — these animals will not have any natural habituation or adaptation to large amounts of sediment.”

"If we had a circular economy for metals, would (deep-sea mining) be necessary? That question is still being answered, and it is possible we don't actually need to look for new resources," said University of Hawai'i researcher Jesse van der Grient.

Declining fish and plankton populations will reverberate up the food chain, eventually compounding with climate change and pollution to stress species harvested for human consumption. Tuna fisheries are particularly vulnerable, she said, because many take place in the Clarion-Clipperton Zone, a stretch of ocean between Hawaii and Mexico almost as wide as continental North America.

Huge chunks of the seabed beneath those international waters have already been allocated to mining companies for exploration, McCauley added. Experts believe it will be one of the first regions in the world to be exploited if commercial deep-sea mining is allowed.

Commercial deep-sea mining is currently prohibited in the high seas, the region beyond any country's oceanic borders. However, earlier this year, the Pacific island nation of Nauru triggered a process that requires the international body responsible for regulating mining in the high seas — the International Seabed Authority — to develop regulations within two years or commercial mining will be allowed.

Within months, more than 500 leading ocean researchers and experts released a declaration calling for a full moratorium on deep-sea mining because of the industry's anticipated environmental impacts. Those include impacts on biodiversity and the possibility deep-sea mining — like the industrial fishing practice of bottom trawling — could release vast amounts of greenhouse gases into the atmosphere.

Other ocean-based industries, like deep-sea cable companies and munition testing companies, have also sought to shape future deep-sea mining regulations. Yet representatives from the world's fisheries have so far been largely absent from the international negotiations. That lacklustre showing is “quite surprising,” McCauley said, as many smaller or less-wealthy countries rely on fisheries to sustain their economies and feed their people.

“If we had a circular economy for metals, would it be necessary? That question is still being answered, and it is possible we don't actually need to look for new resources,” she said.

Ocean mining is only one

Ocean mining is only one aspect of a much bigger problem. https://youtu.be/1Q5CXN7soQg

I wonder who paid Nauru how

I wonder who paid Nauru how much to "trigger a process"?

Are we crazy? We have

Are we crazy? We have polluted so much of our land and rivers. Already we have seriously polluted the oceans with so much plastic that it is extremely unlikely ever to be cleaned up. And mining does not have a good record for damaging the environment. The only non-polluting option is to have an international moratorium on all ocean mining.