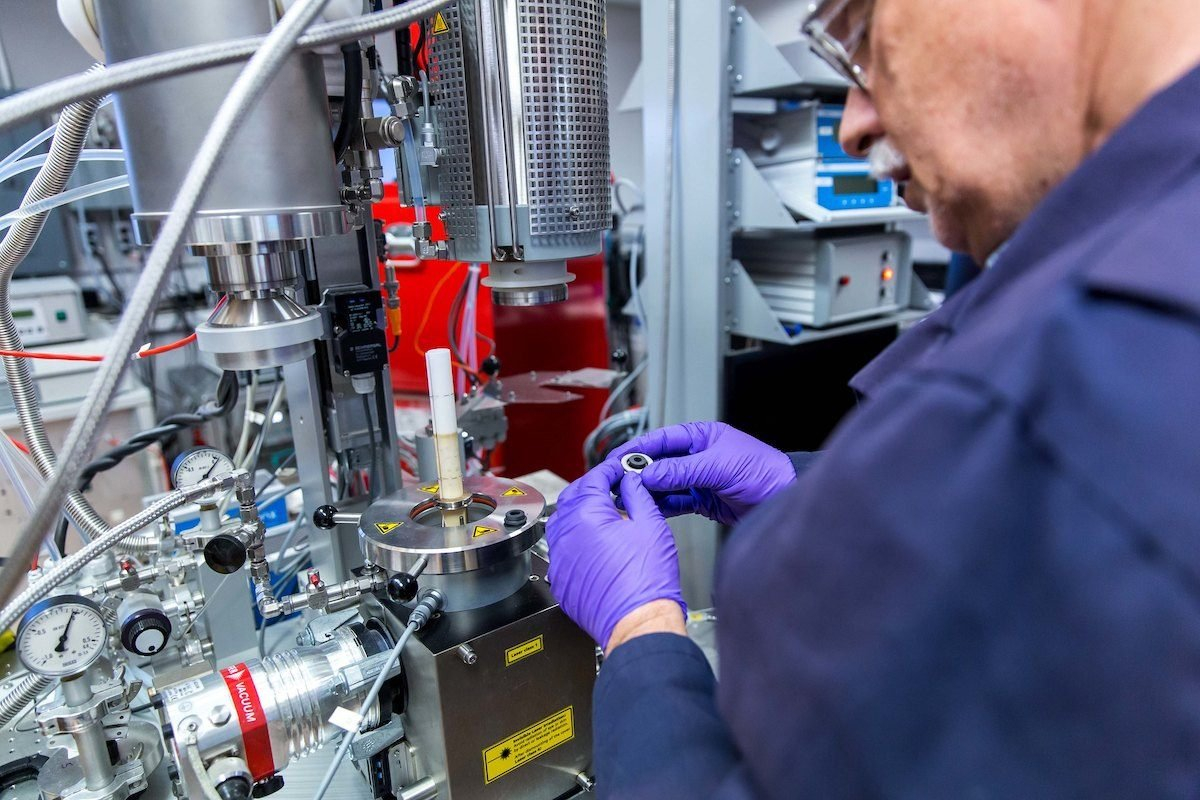 A group of U.S.-based scientists has sent a second open letter to Prime Minister Justin Trudeau requesting an expert review of a New Brunswick nuclear project over its plans to recover a radioactive material from spent uranium fuel.

The letter cites concerns about the process being proposed to recover radioactive plutonium from fuel used in nuclear reactors. The scientists worry the plutonium, and the technology associated with it, could fall into the wrong hands and be used to produce nuclear weapons, arguing statements from the project's backers saying the opposite are misleading.

Moltex Energy, a private company based in Saint John, received a $50.5-million federal grant in March to build a nuclear processing plant, which would recover plutonium mixed with other substances. The plant is slated for completion in the early 2030s.

The Moltex project raises alarms among those opposed to the nuclear industry. They say any process involving plutonium extraction is risky because of the extremely high radiation levels involved and the resulting radioactive contamination of the surroundings. In addition, the risk of assisting the spread of nuclear weapons by promoting a technology that makes plutonium more accessible (as a nuclear explosive material) won’t be fully appreciated until an expert review is conducted, says Susan O'Donnell, a University of New Brunswick researcher and member of the Coalition for Responsible Energy Development.

Nuclear fuel reprocessing, which extracts plutonium from used nuclear fuel, has never been done commercially in Canada. Plutonium is formed during the nuclear fission process inside a nuclear reactor. When the fission is stopped, irradiated fuel bundles containing the plutonium are cooled in pools of water for about a decade and then transferred to dry storage containers. This process has been going on for almost 40 years at New Brunswick’s Point Lepreau Nuclear Generating Station. The used fuel in dry storage is in aging concrete silos.

However, O’Donnell explains Moltex is proposing to open the silos at Point Lepreau, which contain dry used fuel, and dissolve the fuel bundles in molten salt, turning them into a liquid and extracting the plutonium, which will be used to fuel a new type of reactor still in the design stage.

“Plutonium is only created inside a nuclear power reactor. You can't mine it or anything like that. And it's one of the most dangerous materials on Earth, because every nuclear warhead requires a plutonium trigger,” said O’Donnell.

“This is what the problem is: It's absolutely essential for nuclear bombs ... technically it can also be used to fuel nuclear reactors, but we don't do that in Canada.”

Many concerns echo the initial letter sent out in May, whose signatories include Peter Bradford, former member of the U.S. Nuclear Regulatory Commission and Vermont Law School professor; Steve Fetter, past leader of national security and international affairs in the Office of Science and Technology Policy at the White House; and others.

Their leading argument is that the plutonium, which Moltex says will be used to power its molten salt-cooled reactors, is a serious threat to nuclear proliferation — the spread of nuclear weapons — and the environment.

A group of U.S.-based scientists is asking Ottawa to review a New Brunswick nuclear project over its plans to recover a radioactive material from spent uranium fuel, citing concerns around nuclear proliferation and the environment. #Nuclear

Although the government says nuclear power is part of the climate crisis solution, many environmental groups say it shouldn’t be. The Green Party of Canada has spoken out about molten salt reactors like the one Moltex plans to build, calling them costly, unproven and environmentally dangerous.

The signatories say they received no response back from the Canadian government other than getting word their initial letter had been referred to the ministers of foreign affairs and natural resources. However, Moltex posted a rebuttal to the initial concerns on its company site.

The post starts off by saying the company agrees “Canada should continue to review our technology using independent experts. We are open and transparent and will be engaging expert reviews across all disciplines including safeguards and security over the coming years in advance of testing and deployment.”

It goes on to say the company's processing facilities will not have the capacity to produce nuclear weapons because the plutonium extracted will be mixed with other materials.

In an email to Canada’s National Observer, Moltex Energy’s director of communications said concerns around nuclear weapons are “unfounded” for that reason.

“Conventional reprocessing facilities are designed to produce pure plutonium, which is what is required to produce nuclear weapons,” said Erin Polka.

However, the signatories of the two letters, who are all non-proliferation experts, aren’t convinced.

They point to a 2009 study, which they say found Moltex’s claim to be false: It wouldn’t be impossible to purify the plutonium. After explaining the process, they write: “As a result, purifying the plutonium would require only the capabilities of a relatively cheap and small laboratory hot cell, not a multibillion-dollar 'conventional reprocessing plant' as Moltex asserts.”

He says some of the most radioactively contaminated places on Earth are the sites where large-scale nuclear processing has taken place, such as in England, where the Windscale fire saw a three-day accident result in radioactive fallout across Europe.

Proliferation, the environment and all the risk associated with plutonium make a project like this worrisome for Edwards.

“For Canada to start separating plutonium at this stage in the game, is really upsetting ...There is a long-standing caution from people in the non-proliferation field, people in the nuclear disarmament area, that this is just sending a bad signal,” said Edwards.

“That if Canada is going to be separating plutonium, then why couldn't any country in the world do it?”

Nuclear energy is not a safe

Nuclear energy is not a safe way to move into the future of creating energy. We have lots of clean, safe methods that can be used.

It's often forgotten that,

It's often forgotten that, all radiation aside, plutonium is amazingly, massively poisonous. Cadmium et cetera et cetera got nothing on plutonium, that stuff would be bad news released into the environment even if it never emitted another alpha particle.