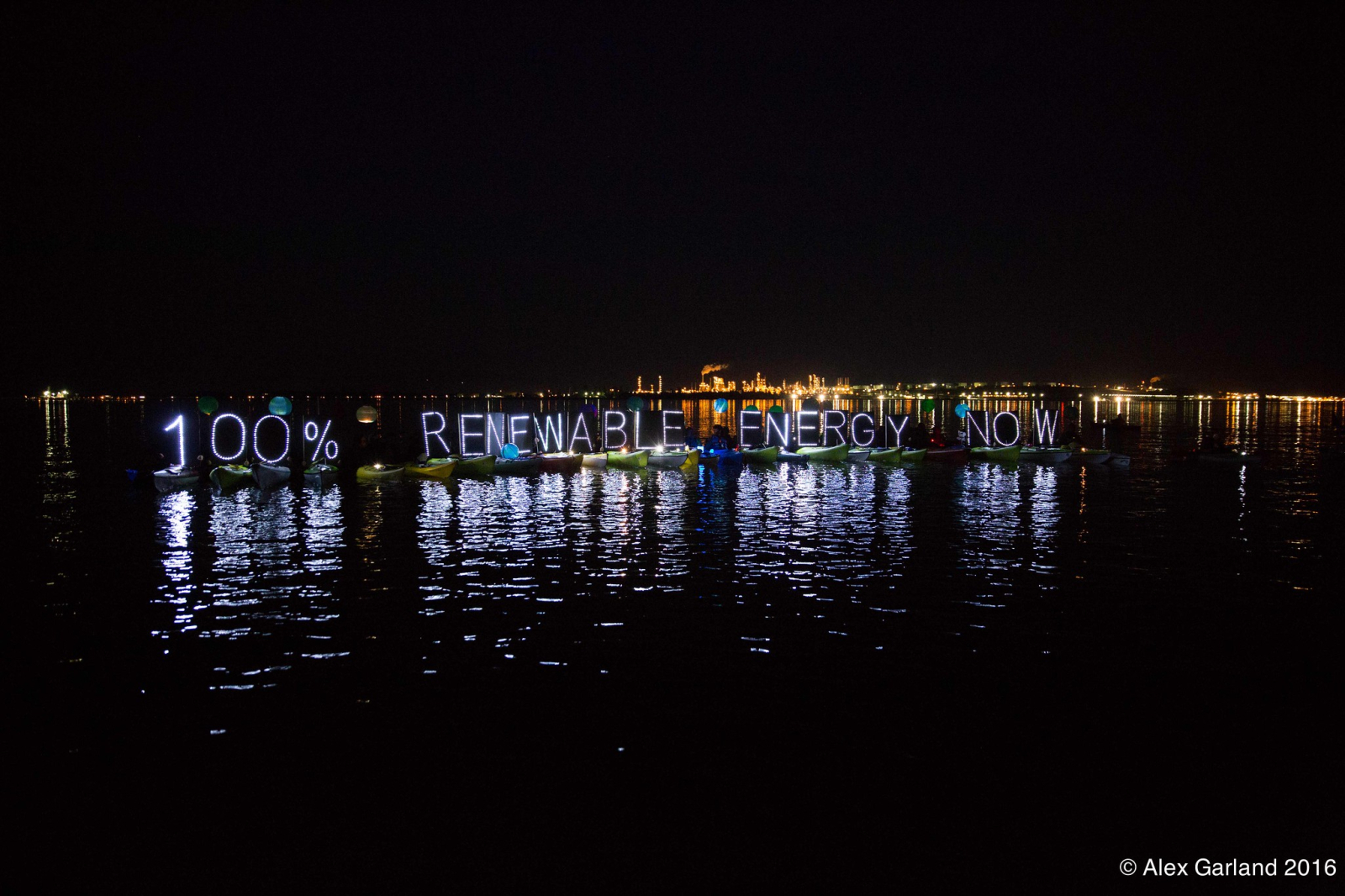 Whatcom County, which is in the far northwest corner of Washington state next to the Canadian border and abutting the Salish Sea, is home to two of the state’s five oil refineries. Backbone Campaign / Flickr (CC BY 2.0)
Previous story

A county in Washington state has become the first such jurisdiction in the U.S. to ban new fossil fuel infrastructure following a lengthy battle over the impact of oil refineries on the local community.

In a vote on Tuesday night, Whatcom County’s council unanimously passed a measure that bans the construction of new refineries, coal-fired power plants and other fossil fuel-related infrastructure. The ordinance also places new restrictions on existing fossil fuel facilities, such as a requirement that any extra planet-heating gases emitted from any expansion be offset.

Whatcom County is located in the far northwest corner of Washington state, next to the Canadian border and abutting the Salish Sea. The county hosts two of the state’s five oil refineries, with BP and Phillips 66 overseeing facilities at the Cherry Point complex that refines much of the oil from Canada and Alaska that is then distributed along the U.S. West Coast.

“There will be no new refineries, they won’t be able to get permits to export their product, and while we will still have these dinosaur facilities already here, it will be more challenging for them to expand,” said Todd Donovan, who is serving his second term on the council and was a major proponent of the new rule. “The future is clearly in renewable energy.”

The ban is the culmination of a years-long fight to curb fossil fuel activity in the county to help address the climate crisis and reduce air pollution. A huge coal export facility, which would have moved 50 million tonnes of coal a year, was proposed for Cherry Point but was eventually blocked in 2016 following fears raised by the local Lummi Nation that it would have destroyed fisheries.

Donovan said that people in the county had become increasingly alarmed about the environmental fallout of fossil fuel activity, including impacts upon fisheries and local orca whales.

“We just had our hottest day on record a few days ago, the salmon are disappearing, the glaciers are melting so much that you look at Mount Baker near here and you see bare rock where there used to be ice,” he said. “With all the fires and the heat, people are connecting the dots that this is climate change caused by fossil fuels. It has galvanized them.”

The fossil fuel industry previously attempted to block any new restriction upon its activity in Whatcom County, pouring money into local elections and claiming that the move would cost several thousand jobs. More recently, however, the industry entered into talks over how the new restrictions would work.

This relatively liberal enclave on the Washington coast may be the first to call time on the fossil fuel industry, but environmentalists hope it will spur other jurisdictions to do the same, then pushing the federal government to rapidly phase out oil, coal and gas in order to avoid worsening the ravages of the climate crisis, which is fuelling huge heat waves, drought and fire across the U.S. west, along with flooding from Germany to China.

“There will be no new refineries, they won’t be able to get permits to export their product, and while we will still have these dinosaur facilities already here, it will be more challenging for them to expand,” says Coun. Todd Donovan. #FossilFuels

To date, Joe Biden’s administration has paused new oil and gas drilling on public land and attempted to accelerate the growth of renewable energy, but has declined to set an end point for fossil fuels. Republicans, meanwhile, remain staunch defenders of the industry.

“This is a huge moment, it challenges the narrative that has been the default of the past century that new fossil fuel infrastructure is inevitable and will always be built,” said Matt Krogh, a campaigner at the environmental group Stand.earth who lives in Whatcom County.

“There is a tipping point where if enough communities take action, we will see Washington, D.C., take notice.”

Burnaby does have to power to

Burnaby does have to power to enforce its regulations, but the need to apply for municipal permits to build the TMX was eliminated by the then NEB, which allowed TMX to go over the city's head. What the project proponents discovered through the NEB hearings (essentially a kangaroo court) is that Burnaby is a very wealthy city and can afford top drawer lawyers who submitted a 39-page affidavit that countered all the project assumptions and proponent's accusations made behind city planner's backs about the city "delaying" the project. City staff members were in fact acting in good faith all along, whereas TMX personnel were smiling charlatans carrying knives behind their backs and secretly negotiating with the NEB on skipping over pesky little permits.

TMX is learning that they cannot force the city to connect them to the municipal water system or to assist with fire fighting. Both the Burnaby Fire Dept. and current council -- the mayor being a retired firefighter -- remain adamantly opposed to the project with the FD reiterating that raging oil tank farm fires are impossible to extinguish.

The Alberta equivalent to the Burnaby Mountain TM tank farm would be 21 massive oil storage tanks perched at the top of Calgary's Signal Hill surrounded by residential development. Calgary council would never allow such a dangerous juxtaposition. Why is Burnaby different?