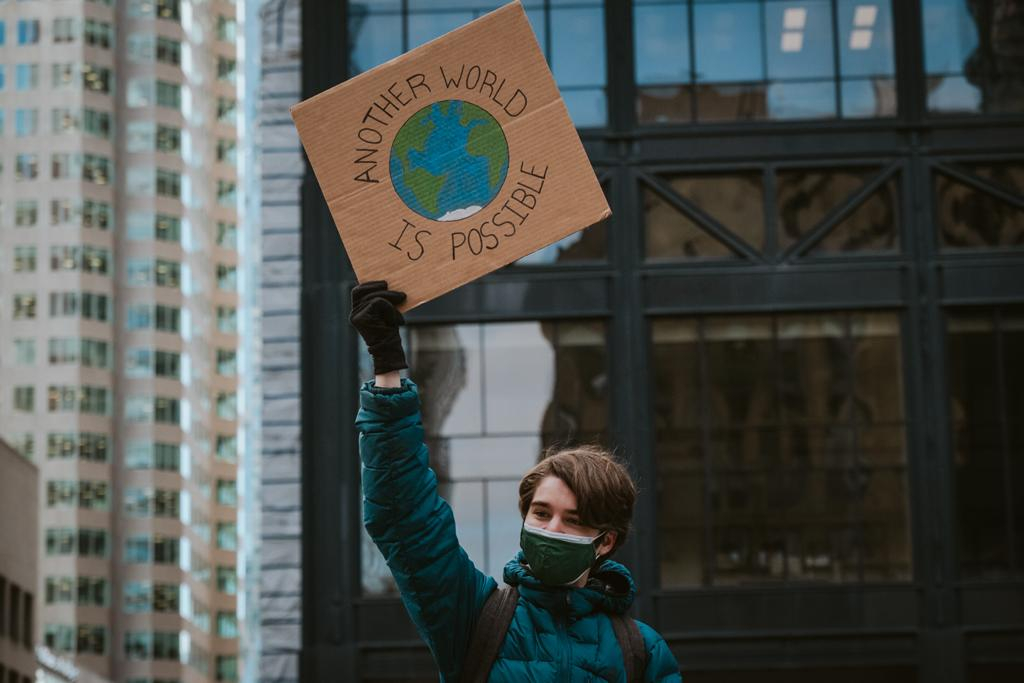 Cooper Price was meant to be old enough to vote in the next federal election, but the young climate activist will have to sit out another one after Liberal Leader Justin Trudeau called a snap election on the weekend.

Price, who is starting Grade 12, is nevertheless adamant the campaign should involve politicians stating what they will do to avert the worst environmental impacts of our industrial activity, which he hopes includes an immediate end to fossil fuel subsidies and the start of a phase out of the industry.

“If the leaders, particularly Trudeau, don't make this focused on climate change, there's going to be a lot of young voters that are going to be completely disenchanted with their party,” said Price, who has played a leading role in Toronto’s school strike movement.

“If this isn't a climate election, then I really don't know what could be, given everything that's been happening,” he said, referring to a string of recent heat waves, wildfires and other extreme weather, as well as the latest dire warning from the world’s scientific community.

Trudeau, for his part, made clear in his pitch for a majority government after two years of minority rule that “the decisions your government makes right now will define the future your kids and grandkids will grow up in.”

Younger voters at this early stage are as interested in the campaign as those aged between 30 and 59, while those 60-plus are much more likely to be into it, according to polling from Abacus Data.

Voters under 30 are as interested in the campaign as those 30 to 59, but the 60-plus cohort say they're even more invested. Source Abacus Data

For Allie Rougeot, another climate activist, politics should be less about lofty words and long-term targets and more about what government plans to do to help real people deal with an ongoing crisis.

“What I've not seen at all is an acknowledgment of what it's going to take from governments to act on climate,” she said, adding a climate lens should be applied to all policies.

“If this isn't a climate election, then I really don't know what could be, given everything that's been happening,” says Cooper Price. #YouthVote #Election2021 #ClimateCrisis #COVID

“I'd like to see a whole-of-economy, whole-of-country approach where every time we do something, we understand it's going to have a climate risk or a climate benefit,” she said.

Younger people, who account for around 40 per cent of the population, will also want to hear about how a COVID-19 recovery will help them secure stable, well-paying jobs, and how to deal with rising affordability challenges.

They were hit hard by job losses when the pandemic first hit, and have taken the longest to get back into the workforce, with many young people working in industries impacted by public health restrictions.

Future Majority had said after the initial lockdown that it wanted those in power to know young people want better provision of mental health services and a guaranteed minimum income, more affordable post-secondary education and more racial justice, after two months of surveying its 52,000 members and other youth groups.

“More than anything, young people want to be listened to in this election, not left behind in policy discussions,” she said, noting that their focus extends beyond a stable environment.

“Young people today are concerned about the nature of work and well-being, with strong attention to equity for barriered populations,” she said. “This means a renewed focus for young people on the transition from school to employment, so that their career pathways are not limited to the confines of attaining post-secondary education.”

“More than anything, young

“More than anything, young people want to be listened to in this election, not left behind in policy discussions,”
I guess nothing's changed in that regard, then, since I was young. I hope today's young have a different experience from mine, which was that as I aged, people were all less and less "listened to" in elections.
Except to figure out what lying election promise would haul in the most net votes. They're good at that.
They're very good at making investments in "business" or "industry" that wind up filling election coffers.
More and more, fewer and fewer of us, of the Right Kind(s) of us that is, are needed to tip those ballot scales ...
Hopefully, that's changing.
Trudeau doesn't need a majority. Trudeau needs a deep minority that will force him to march forward on the double on the Climate file. Instead of posturing, gesturing, prevaricating, blamng, repeating ...
We've seen it twice now. Were he "wired for change" we'd have seen change: not only in his policy, but also in his behaviour.